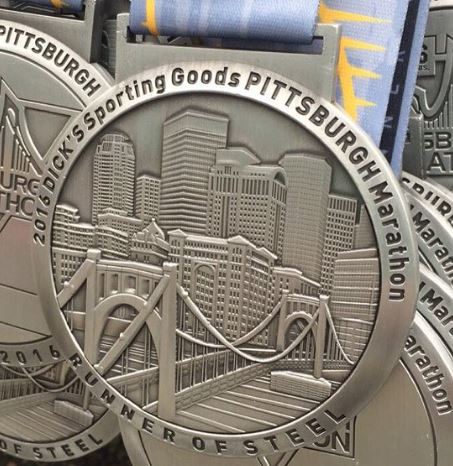 ppears to be hotter than ever.  What's interesting to me is how many people go about their lives without knowing what the IoT is and how they're already benefitting from it (or how their jobs may soon be disrupted by it).

I was fortunate enough to participate in the Dick's Sporting Goods Pittsburgh Marathon on May 1 (actually the 1/2 marathon) because my 15 year-old daughter was running it to raise money for charity.

The IoT is all over an event like this -- from the advertising and registration to communication and company sponsorships -- not to mention all the runner's bibs with sensors attached. It wasn't long ago that runners in an event like this would've had to wait hours, or even days, before getting their results. But thanks to wonders of IoT and some basic math, runners' family, friends and fans can get real-time updates of the race as it unfolds.

Wearable devices (such as Fitbits) and smartphones, are more personal, everyday examples of IoT in action which most of us take for granted at this point. The main benefits I see in everyday IoT is that it makes people's lives easier.

For example, Uber. I'm a bit of a laggard in adopting Uber, but until this weekend I hadn't had a reason to try it. That changed when I had my hotel call a cab, and it took so long to show up that I downloaded the Uber app, set up my account, and had a pickup – all within five minutes. Not to mention the car was nicer and the rate less expensive. Lesson learned!

Successful uses of the IoT (like Uber, fitness watches, smartphones) happen and are adopted naturally -- you don't have to convince someone to try it. It gets used because it makes sense or makes life easier.

My final observation about my weekend and the IoT is that the foundation rests in energy.

Everything I did this weekend relied on easy-to-use and relatively inexpensive energy, from the car I drove to the airport, the fuel in the airplane to fly to Pittsburgh, the electricity powering the city and  the devices we used to take pictures and share our race experience with others -- it all related to the IoT.

And it all related, one way or another, on the electric grid. Smart grid is a term within the utility industry to address all the advances of adding sensors to and upgrading the electric grid to meet future energy demands -- yet another use of the IoT to make our lives better.

As you can see from my post I think our existing grid is pretty "smart" or at least enables a whole lot of "smart" IoT services already. IoT is a reality today, and it's just going to continue to grow and become more important in the future. Click the following links to learn more about IoT and analytics including who's using it and how it works.