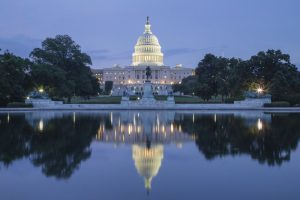 It’s almost impossible to avoid election coverage right now, no matter how hard you try. If you’re like me, you’re fleeing to the safety of South Africa’s recently launched Netflix in to order avoid the coverage of the US primaries currently dominating international TV and print news, or South Africa’s local elections which are currently ramping up. But these same elections are eerily echoed by President Frank Underwood’s attempt to finagle his way to re-election in the latest series of Netflix’s House of Cards.

Campaign promises and issues-based pandering are very much part of the campaigning process, and politicians try every method at their disposal to try to influence those “swing voters” who are open to persuasion. But just how far are they willing to go to achieve this goal?

An election campaign is just a (very) expensive marketing campaign

As is becoming clear, in an established democracy like the USA, or even within a new and dynamic one like South Africa, an election is becoming more and more like a marketing campaign in which voters are presented with “offers” of promises made by the candidates. In doing so, they’re tapping into techniques used for years by consumer marketers.

Political candidates and their campaign teams are often forced into making assumptions about voter preferences based on demographic and psychographic information. However, consumer marketers realised years ago that restricting your understanding of customers to such basic information is nowhere near enough, especially given the reams of customer data that’s now available.

Marketers are now moving towards the “segment of one,” where predictive analytics are used to determine each individual customer’s personal brand, product and service preferences, and use this information to tailor unique messages to these customers.

Indeed, modern election campaigns are making more use of advanced data mining and analytical techniques (known as “microtargeting”), leveraging both publicly or commercially available voter data. The two US political parties have vast voter information databases which they leverage to the fullest.

Analytical A/B testing of Facebook ads was used successfully by Justin Trudeau, recently elected as Canada’s prime minister – techniques long established in the digital marketing world. President Obama’s 2012 re-election campaign used A/B testing for email subjects, and found that a fundraising email with the subject “I will be outspent” achieved three times the success rates compared with “Do this for Michelle.”  A recent special report by The Economist says that overall spend in digital political advertising in the US is forecasted to reach over $3 billion by the 2020 election.

The Economist article, “Politics by the numbers,” outlines the advanced analytical approaches taken by the US political parties to target voters, and ended with the warning that “the digital targeting of voters might end up reducing the democratic process to a marketing exercise.”

Even worse, it continues, “more data and better algorithms…could lead politicians to ignore those unlikely to vote for them.” As in marketing, election campaigners want to focus their efforts where they’re most likely to succeed. And while excluding the segments you’re unlikely to win mirrors consumer marketing best practices, the democratic process is supposed to be representative of the opinions and will of the majority.

Overall, data-driven marketing has been found to add two to three percentage points to a candidate’s total tally. In a close election, this could make all the difference. And those who are left behind will struggle to catch up, especially in terms of the vast databases already formulated by the major parties and candidates.

How do you know which issues are important to which voter? Lessons learned from marketers.

The volume and variety of issues which are of interest to increasingly specific segments of voters, especially in local elections, is overwhelming. Do you stick to big picture issues, or actually try to address each individual voter’s problems? Just as consumer marketers are harnessing the range of digital channels available to push offers and messages to consumers, campaigners use these methods to complement door-to-door campaigning, which allows candidates or parties to speak to a larger number of voters in a shorter space of time.

Campaign teams, just like marketers, are seeking more data to help them further predict individual consumer or voter behaviour and gain some kind of competitive advantage. Consumer marketers are very quick to tap into the valuable data relating to their customers’ behaviour on their website, social media platform and through the usage of their products or services. The sources of data are accelerating wildly with the proliferation of data gleaned from connected devices through the Internet of Things (IoT). Marketers now often have more behavioural information than they know what to do with.

Election campaign teams don’t often have first-hand information about how individual voters react to their “product” (as they cannot know how a voter actually votes without asking them), and so often have to imply or extract this information through other means. Privacy concerns come to the forefront here, as voters don’t often know how much of the commercially available data used by election campaigners actually originates from their consumer behaviour, such as the sale of (supposedly) anonymised data from IoT devices or web browsing behaviour.

What if there was another way?

In House of Cards, President Frank Underwood wanted to use the National Security Agency (NSA) to snoop on the electorate’s phone conversations in order to better understand their voting intentions. Unfortunately, even those politicians without a state-run spy organisation at their disposal could feasibly find a way to illicitly get access to similar volumes of data and use it to swing the electorate in their favour.

In a follow up article, I will discuss the possible misuse of voter and consumer data to influence political opinion – an altogether more dystopian view on this topic! In the meantime, whether you’re a marketer or an electioneer, read this fantastic eBook about data-driven marketing to uncover some of the secret of using analytics and data to influencing consumer behavior: Customer Intelligence in the Era of Data-Driven Marketing. 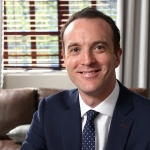 David leads SAS’s Customer Intelligence team in South EMEA. Over 15 years of experience in CRM and Customer Engagement has given him deep insights into how to delight customers and build brand loyalty. David helps large enterprises across the region to use their customer data to build insights and empower action to deliver world-class customer experiences. Connect with David on Twitter at @davidcosgrave.