Across the globe, governments are losing billions in revenues to organised VAT fraud. The most recent VAT Gap study published by the European Commission estimates that EU countries lost an estimated €168 billion in VAT revenues in 2013. That's equivalent to 15.2% of the total expected VAT revenue from the 26 member states. South American countries face an even higher VAT fraud rate, due to large underground economies.

If you're a public official, fighting VAT fraud should be high on your list of priorities.

Skeptics may say, “Tax agencies have actively fought VAT fraud for decades. What’s so different about it now?”

The answer? A lot. VAT evasion is changing. It's organized. It involves well-planned strategies. In many ways, the latest version of VAT fraud is like an elaborate chess game.

While most tax agencies understand the evolving VAT fraud schemes, until recently, they haven’t taken full advantage of the tools available to address it. Thus, they’ve been playing catch-up with fraudsters. Unlike traditional tax returns where agencies may have years to recover lost funds, most VAT fraud schemes are high velocity. They’re planned and executed quickly -- often, fraudsters can steal money and shutter the businesses before a tax agency even knows a crime has been committed.

The complexity of VAT fraud is another challenge. Detecting such schemes requires the ability to uncover linkages among the various business entities involved. Uncovering fraudulent networks requires agencies to analyze millions of taxpayers, VAT returns and cross-border transactions.

Fraudsters are hidden within an intricate network, which may also contain legitimate, compliant taxpayers and transactions. As a result, finding the fraudsters – while leaving law-abiding taxpayers alone – is a daunting challenge.

Another complicating factor is that VAT fraud is often international, with VAT fraud rings operating across multiple countries. Tax agencies don’t typically share VAT data systematically. The most sophisticated fraudsters know this weakness well, and use it to their advantage.

So what can government leaders do to solve this problem?

Belgium is an early adopter of risk analysis and anomaly detection. The Ministry of Finance is using analytics to scour VAT declarations for signs of carousel fraud and phoenix corporations. The results are, to put it mildly, stunning.

Belgium is stopping nearly 1 billion euros every year in fraudulent VAT transactions. €1 billion!! The government estimates that it has reduced fraud losses by a jaw-dropping 98%.

In the chess game of VAT fraud, it’s checkmate for the fraudsters. To learn more about combating VAT carousels download this white paper: Increase Effectiveness in Combating VAT Carousels. 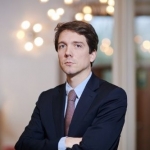