“Half the money I spend on advertising is wasted, the trouble is I don't know which half.” ~ John Wanamaker, U.S. department store magnate and merchandising / advertising pioneer.

I’m not going to claim that I can pinpoint exactly which half of your marketing dollars are wasted in the space of this post, but I am going to illustrate that basic analytic techniques are available that can considerably narrow down the range of uncertainty and provide actionable insights for your marketing efforts. 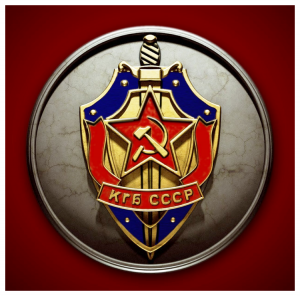 Our story begins with a fascinating article that surfaced last week by Jonathan Haslam, professor of the history of international relations at Cambridge University, the subject of which was how, during the Cold War, was the KGB able to so easily and readily identify undercover CIA agents?

The Soviet efforts were so successful that the head of the KGB counterintelligence group, Yuri Totrov, was known within CIA circles as the “Shadow Director of Personnel” on account of how much he seemed to know about the foreign posting of CIA agents. How he was able to unmask and compromise entire intelligence networks was the subject of much handwringing, debate and speculation, the leading candidate being a highly placed mole within the Agency. What other explanation could there possibly be, right?

Wrong. Totrov managed his amazing feats of counterespionage with nothing more than common sense, hard work, analysis, and largely publically available information on deployed U.S. foreign service personnel. Or as we might describe the standard model today:

After compiling data from hundreds of disparate sources across a decade of operations in a hundred or more countries (sound familiar?), what Totrov was able to ascertain through basic analysis was that there existed 26 independent indicators which invariably distinguished CIA agents from the genuine and otherwise harmless State Department field service officers (FSOs). Examples:

… plus another twenty additional indicators typical of a bureaucracy that dealt with overseas postings with as little effort as required. This wasn’t rocket science, and it didn’t require a high level mole as the more paranoid Agency chiefs suspected. No, the patterns and insights just popped right out of the data when the right analysis and investigative techniques were applied.

These same sort of insights are awaiting you, hidden somewhere in your enterprise data. There are a number of descriptive analytic approaches, data mining and classification techniques, available to handily tackle this problem, the most well know being clustering, market basket analysis and decision trees, much of which can even be accomplished visually. Concealed within your customer demographics, purchase history, service calls and product data lie the equivalent of Totrov’s 26 attributes and indicators to insights such as:

Totrov used his knowledge of a few known CIA agents to extrapolate into the unknown. The same approach is available to you – you have known customers with known behaviors and attributes, which you can then apply to your unknown market. Knowing that a certain age group, gender, zip code, length of service, method of purchase, method of payment, etc … is the key attribute signaling customer churn or an upsell opportunity allows you to target your various marketing and promotional investments more productively.

Totrov’s undertaking was the Big Data project of its time. Not that it consisted of terabytes of data, but still a comparatively difficult manual task using the tools and techniques of the day. You, on the other hand, have such powerful tools at your disposal that, once in possession of the data, could have cranked out the analysis by lunch and have launched an action program by the next morning. True, your customer and marketing analytics and insights won’t have quite the intrigue as unearthing Cold War spy networks, and it likely will never be made into an action thriller starring Matt Damon and Daniel Craig ("The Customer Identity"?), but it might allow you to reword John Wanamaker’s quote to something like, “A quarter of the money I spend on advertising is wasted …”, which would be a HUGE win for your marketing ROI, revenue growth, and customer satisfaction initiatives.