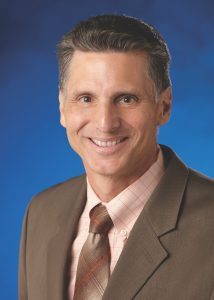 I recently spoke with John Cassara, a former U.S. Intelligence Officer and Treasury Special Agent, about the growing concern over trade-based money laundering (TBML) and how we can combat it.

John retired after a 26-year career in the federal government intelligence and law enforcement communities. He's an expert in anti-money laundering and terrorist financing, with particular expertise in the areas of money laundering in the Middle East and the growing threat of alternative remittance systems and forms of trade-based money laundering and value transfer. Here are the highlights from my discussion with John.

What’s trade-based money laundering?
John:  Well, according to the Financial Action Task Force (FATF), TBML is defined as the “the process of disguising the proceeds of crime and moving value through the use of trade transactions in an attempt to legitimize their illicit origins.” The key word in the definition is value. Forget about transferring or laundering money via banks.  We're primarily talking about the trading of goods to launder money.

Why is TBML so important?
John: The FATF has called TBML one of the top three money laundering methodologies in the world. Yet it's the one we have done the least to combat.

How did you become interested in it?
John: Years ago I was a Special Agent for U.S. Customs. I was assigned overseas and did a lot of traveling throughout Europe, the Middle East, and Africa.  My area of expertise was anti-money laundering. But I soon realized via my travels and international investigations that trade is an effective technique to mask staggering amounts of dirty money. Over the last twenty years, I've been trying to call attention to the issue.

Does it just involve money laundering?
John: Good question! No, at its root TBML revolves around invoice fraud and manipulation. So there's almost always customs fraud involved – which happens to be a predicate offense to charge money laundering. But the misuse of trade is also involved in capital flight, tax and tariff evasion, corruption, smuggling, transfer pricing by multinationals, and it's also the common denominator in most forms of underground finance such as hawala or the Chinese “flying money” systems.

How can we combat it?
John: The good thing about trade is that the data exists. Global merchandise trade is in the tens of trillions of dollars every year. That represents a lot of BIG DATA!  Using analytics it is fairly straight forward to spot anomalies or questionable unit pricing. And what's really fun is when we examine a specific trade transaction using trade partners’ data. For example, if we compare one country’s export record to the corresponding country’s import record, quantity, pricing, etc. should match. If they don’t, it’s a good indicator that the specific transaction deserves scrutiny.

Are we making progress?
John: Slowly. But I'm encouraged because TBML is receiving increasing recognition around the world. One reason is because governments realize that cracking down on customs fraud is a significant revenue enhancer.

I understand you're writing a book on TBML?
John: Thanks for asking! I feel strongly about the importance of trade transparency. So I’m currently writing a straight-forward and user-friendly guide on TBML and associated topics. It's primarily directed towards compliance officers in financial institutions and is going to be published by Wiley. I expect it to be released next year. SAS is supporting the project.

Stay tuned for my next interview with John Cassara on another financial crimes topic. In the meantime, you can watch this short video clip of John discussing TBML. Or you can read more about an integrated financial crimes platform in the free SAS white paper, A unified front: Making the case for integrating fraud and anti-money laundering processes.