Today’s self-parking cars are a marvel, but that’s nothing compared to what’s just around the corner: Autonomous vehicles that can taxi you efficiently around a city, onboard navigation systems that warn of bad drivers or traffic jams nearby and offer safer, quicker alternative routes; trucks that haul commerce safely and quickly across the country, avoiding traffic delays and optimizing part replacement needs. 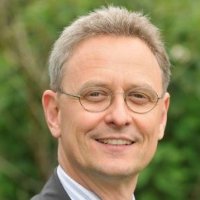 That’s the Internet of Cars, and it’s what Andreas Mai, Director of Smart Connected Vehicles for Cisco, will be talking about at The Premier Business Leadership Series in Las Vegas, Oct. 21-23.

Mai’s particular passion is the art of the possible and exploring how personal transportation can and will change as the Internet of Things becomes a reality. The implications for individuals, society, government and business are profound. And since Cisco is at the forefront of the connected car movement, Mai has had the opportunity to be in discussions at the highest levels of government and business.

“One concept we’ve discussed is the convergence of personal and public transportation,” says Mai. “The Internet of Cars will bring automakers, government, telecommunications and other companies together to share information and work on optimizing the public infrastructure. They’ll all need to partner to deliver new and better services.

“For example, one idea that’s been floated is a ‘road investment trust,’” says Mai. “Governments could charge for using highways and invest that money into the technology that’s needed to provide connectivity on those roads.” Another idea that’s being discussed is inductive charging for electric vehicles (EVs). By placing coils under the surface of a road, EVs with built-in receivers could charge wirelessly on the go, increasing EV range and affordability since automakers would be able to reduce size and cost of battery packs.

For more from Mai and the exciting world of connected cars, check out Mai’s panel discussion at The Premier Business Leadership Series on Oct. 22 at 2:15 p.m., and his focus session that same afternoon at 5 p.m.