The energy & utilities industry as a whole has experienced a seismic shift over the past five years due to rising costs and price pressures, and has become a priority discussion on the political and media agenda. Falling demand overall combined with “peakier” peaks is making supply, forecasting and public perception management more difficult by the day.

For the gentailers (generator-retailers) there is a data-rich environment that is driven by a need for marketing, loyalty and retention, but also to ensure accurate forecasts are aligned with demand and that sound and profitable trading decisions are made. Competition is fierce in the industry as Australia has moved to a contestable market in most jurisdictions. This competitive pressure has meant we are seeing some of the highest customer churn rates in the world – pushing towards 30 percent including connects and disconnects in some states. This has forced retailers to be very focused on what they need to do to maintain customer profitability and prevent customer churn.

An industry driven by customer data

The industry comprises two types of organisations – the network side of the business and the gentailers – both of whom approach their customers in vastly different ways.

On the network side of the business there are continuing cost pressures. The recent modernisation of the network infrastructure has contributed the greatest cost inputs into the overall price in the past five years particularly in the larger jurisdictions such as NSW. This period of increased investment has coincided with the Global Financial Crisis, as well as other environmental, economic and technology factors altering the country’s energy profile in a way never before experienced. As a result this has created a strong move and political will to drive down costs on the network side of the business and for the companies to engage better with their stakeholders.

The ability for utilities companies to better understand their customers, optimise pricing models, and manage demand to meet individual requirements is the driving force for keeping customers.

Data and analytics is helping predict customer behaviour and identify those customers who are most likely to churn and the points at which it is likely to happen. For us as the consumer it means they’ll use that insight gleaned from all marketing channels – call centre, digital and other forms of marketing – to really understand us and ensure our pricing plans are based on our needs.

Video: Hear how Spanish energy company Endesa has used SAS to improve its performance using SAS leading to a reduction in churn and increased profitability.

And the proof is in the data. For example a Spanish utilities organisation, Endesa, exists in a highly competitive market due to a move from a regulated to a deregulated industry. SAS Analytics was able to help them get to the core of what their customer was thinking and get in front of them in predicting and intervening on the likelihood of churn. Not only has it meant increased customer satisfaction and loyalty but over two years they’ve reduced churn by 50 percent.

Understanding the customer to drive retention is just one part of the complexities faced by energy and utilities organisations. The other part is understanding a customer’s behaviour and in particular how they generate demand for electricity. Interestingly in Australia demand is actually falling and becoming much more based around peak times. Utilities need to understand exactly when those peaks are going to happen so trading decisions are optimised. And network companies are focused on more accurately predicting requirements and identifying where they should apply their capital budget to assets in the short, medium and longer term.

The changing energy landscape in Australia

The uptake of solar and renewable installation across Australia is also contributing to a change, particularly around peak load forecasting in ways traditional forecasting methods struggle to predict. Through advanced analytics gentailers are using the data available to better understand the profile of solar and renewable users and how it affects load predictions, particularly on the peak days. For the company, the service provided is much more aligned with reality and investment isn’t wasted on unnecessary infrastructure.

As an example, one of the utilities organisations in this region has been able to trade much more effectively based on significantly reducing their MAPE (Mean Absolute Percent Error). Typically in ANZ, this has been often 10 percent or higher. This SAS customer has been able to reduce that to figures considerably less than 3 percent. For the company this translates to millions on their bottom line and provides the understanding of the actual requirements of energy users. Increasing accuracy rates means utilities don’t overbuy on electricity – which in turn has a positive effect on consumer electricity bills. 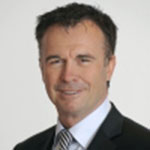 Matt Mason is the General Manager for Energy and Utilities for SAS Australia and New Zealand. Joining SAS in early 2012, Matt leads the practice across the power generation, distribution and retail markets; and resources exploration and extraction, including the oil and gas sectors. He works with the leading energy and utilities organisations across Australia and New Zealand to help them understand the power of big data in what is one of the largest utilities markets in the world for business analytics.