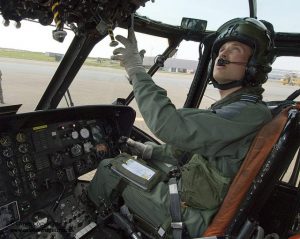 Did you hear that Prince William is getting a new job? Next year, he’ll fly emergency helicopters for the East Anglian Air Ambulance. The prince, who’ll donate his salary to charity, called his new gig “one of the finest forms of public service.”

The Duke of Cambridge won’t get any argument from me. My family includes a paramedic-turned-nurse, two retired firefighters and two police officers. My personal network has many more. They’re all heroes.

So I was thrilled to learn how my work family helps emergency responders do their best.

One example is in the community surrounding SAS world headquarters. Wake County Emergency Medical Services, through analysis by the SAS Advanced Analytics Lab, found out something startling.

When paramedics performed cardiopulmonary resuscitation (CPR) longer than the standard 20-25 minutes on people in cardiac arrest, a significant number of them survived. And not just in a barely-getting-by way. Some walked right out of the hospital!

This happened with 100 people over seven years. SAS illuminated this amazing trend by sifting data on all cardiac arrest calls between 2005 and 2012. Time spent administering CPR and patient outcomes were factored in.

The discovery relieved Wake County EMS officials, who worried that extending CPR might cause people to spend the rest of their lives languishing from brain damage. They changed their guidelines for how long to administer CPR. Now, if a patient flatlines, emergency workers may stop CPR after a half hour if they see no signs of response. But if they observe any cardiac activity during CPR, they can continue for an hour or more without concern that the patient may end up in a vegetative state.

“By practicing evidence-based medicine, guided by data, many Wake County residents are alive today who wouldn’t have been,” said Dr. Brent Myers, Director of Wake County EMS. “Our recognition at the annual meeting gives us hope that our approach will be replicated by other EMS groups around the country, and save more lives.”

RFDS uses SAS analytics to make the most efficient use of equipment and to schedule personnel. The result: reduced response times to people in crisis.

“Using analytics, we have been able to break down the process into stages and identify what factors could be changed to drive improvements,” said Adrian Bennett, Information and Technology Manager at RFDS Western Operations. “This could be the time it takes to assess a patient, task a crew, prepare a flight and travel to the patient.

“What we found was a need to optimize crew scheduling, and as a result of better shift allocation we were able to reduce our tasking time from 5.5 hours to just 2.5 hours for 90 percent of our priority 2 patients.”

Data has a lot to say about how we can better serve people in medical emergencies. It’s amazing what happens when organizations like Wake County EMS and RFDS take the time to interview it!

Read more about the role of analytics in health care's triple aim.

Photo by: UK Ministry of Defence // Permission by: Creative Commons 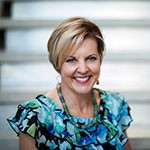