According to Patent Freedom, patent troll lawsuits have grown by an average of 22 percent per year since 2004 and reached 3716 lawsuits in 2013. Patent trolls, aka Non-Practicing Entities (NPE), assert patents against companies in an attempt to collect license fees, but do not otherwise manufacture products or provide services themselves. They use the cost of the litigation as leverage to force settlements from the operating companies. For small companies, it could mean closing their doors.

While large technology companies seem to come up most often in news coverage of patent trolls, the problem is felt across all industries. One recent case involved a certain software process that SAS and many other software companies provide to customers. The troll made millions from other companies, but SAS and our co-defendants went to court and invalidated the patent. Oddly, another group of companies sued by the patent troll included parking lot management companies. By invalidating the patent, SAS saved those companies from having to decide whether to mount an expensive defense or pay off the troll.

However, the money that SAS and its co-defendants invested in defense costs could have been better spent on investing in developing software and creating new jobs.

SAS has been a force in patent reform, having testified before Congress on the issue and convening meetings of others fighting the good fight. SAS strongly encourages and supports the work of US government leaders to reform patent litigation through legislative, judicial, and executive actions to limit abusive behavior by patent trolls.

On Thursday, I will attend a meeting where the White House will provide updates on its patent reform initiatives. I plan to share more information on that Friday in another post.

Companies must work together to help defeat patent trolling. SAS has held an annual forum on NPE Litigation where in-house IP counsel can meet and discuss NPE issues.  SAS has also organized legislative efforts to reduce abusive patent litigation, and provided amicus briefs to courts so that they better understand the far-reaching legal effects of a case before them. 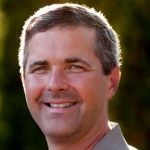 Tim Wilson is Senior Intellectual Property Counsel in the Legal Division at SAS, where he leads the patent practice, and advises on intellectual property law and competitive intelligence issues. Prior to joining SAS, Tim was an associate at Brown Raysman in New York, where he counseled clients on licensing and outsourcing transactions. Tim received his JD from Syracuse University College of Law in 1992 and a BS from Pennsylvania State University in 1989. Tim is a member of the Editorial Board of Intellectual Property Magazine.