Streaming video has been available on mobile devices for several years, but the London Olympics are the first truly worldwide use of wireless networks to stream video to millions of consumers, including me. It is not a substitute for watching on an HDTV, but is great for having a look at things you won’t see on the nightly broadcast.

If you used a tablet or smartphone to stream video of the Olympics, you probably did not think much about how it works. But you must admit that it seems like magic, at least it does to me.  How could anyone not be amazed at the idea that your phone can play video of an event happening live (or very recently) on the other side of the ocean?

One guy to thank for this is Van Jacobson.  Back in 1985 he was teaching at the University of California at Berkley.  He wanted to upload documents to the university computers, but it took forever.  Jacobson began studying network congestion.  His research led to changes in the TCP protocol that, among other things, tell all the computers on a network how much to slow down when the network experiences congestion. Eventually, his ideas for congestion management would enable the Internet to scale to millions of simultaneous users without collapsing.

Today, media distribution consumes more bandwidth than communications. But networks designed for communications are not so good for media distribution. If I want to have a conversation with someone in London, I need a connection all the way to London, but if all those Olympic videos were one-to-one streams from London the network would crash. So the Internet keeps recently downloaded content for a while so that it can be accessed by another user. This amazingly cleaver system enables the Internet to share video streams among many users while still leaving each user with total control over starting, pausing, rewinding, and stopping their own video stream.  The trick is to know what content to store and how to index it so that it gets found. But as demand grows networks are going to need to be much smarter in the future.

Streaming video is really cool for consumers, but it gives network engineers the willies.  Telecom companies need to balance the cost of equipment and spectrum against the revenues they can charge customers for distributing and receiving content. Network engineers are always searching for smarter ways to manage bandwidth and minimize the cost of upgrades.

As for Van Jacobson, he is still working on network congestion.  His latest research project is called Content-Centric Networking. This novel networking paradigm has many supporters, but the impacts on a large scale are still unknown. One thing is certain, the amount of traffic traversing the Internet is only going to increase, and keeping network congestion under control is a "big data" problem.

Learn more about "big data" problems - and solutions - in this special 32-page report on high-performance analytics. 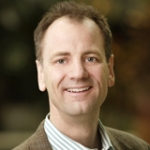