At last week's SAS Global Forum, I sat down for a few minutes with Stephan Chase, Vice President of Customer Knowledge at Marriott Hotels. Chase's team provides the analytics and predictive modeling to the marketing team within the Marriott Rewards business unit. I asked him to elaborate on an earlier comment he had made about the cultural impact of becoming an analytics-driven department within an organization.

You made a comment earlier, which I'll paraphrase, about how mandating the use of predictive modeling within a department can be a bit unsettling for staff--how so?

When you change the way people are used to working, you can send an unspoken message that there was something wrong with the way they were doing things before. And it's not so much that the previous approach was wrong--but that it could be better.

Giving yourself over to an analytic approach can be uncomfortable at first, because it can feel like you're surrendering control to an analytic process. If you lived in the world of qualitative focus groups, and now you're being asked to put yourself into the quantitatively measured world, it can be very frightening. But once the marketing analysts saw that both they themselves and their marketing counterparts are both incorporating this more measured approach as a team, the anxiety went away.

How did you get started incorporating predictive modeling into the Marriott Rewards team?

Within three months of moving to the Marriott Rewards team, I wrote a white paper on how we should incorporate predictive analytics and hired a consultant to help create a roadmap.

What presented an interesting challenge was that I was accountable for developing this new analytical process and getting people on board, when many of the people whose buy-in I needed didn't even report to me. But achieving that made it even more valuable--like organic implementation, people are more committed that way.

How do you then go on to build credibility and awareness for an analytical approach, especially within an organization to which this would be new?

You have to live it for awhile. People respond to truth and sincerity but when it becomes political, the demand evaporates. You have to stick to your metrics and this takes a while. You need to mean what you say and admit when something you try didn't work.

Marriott wasn't entirely new to predictive modeling--we had been doing it in the pricing area for a while. But I was new to the hospitality industry. People in marketing were curious about predictive modeling and they were impressed by the analytics, but thought it was an obscure process. So we started small, testing our own modeling, and hit it big with a huge success. Showing the incremental success is important because it builds excitement.

People want to do meaningful work, and when you can show analytic results in an objective way, there will be demand for it. Sure, not everything we do succeeds--especially if the process becomes the focus instead of the campaign being the focus. If the campaign is the focus, it objectifies the process and makes it less personal.

I can't overstate the value of incremental success, similar to what [SAS CMO] Jim Davis said in his Business Analytics approach. He said you can start with small wins in data integration, analytics and reporting, then grow from there.

Are you by nature a very analytical person?

For working in an analytical field, I actually test very high as intuitive in Myers Briggs, I'm very theoretical. I even code that way. Sometimes we've proven something with a small group of customers but we need to test ourselves to determine if we've found a real trend or just a blip, a distraction. We work very hard to test ourselves. We ask ourselves constantly, Is this as good as we can get to approximate the truth?

The team loves this, which is why I love working for Marriott. It's a great company. Our IT group has been around for a long time, we know each other well and we respect and understand each other--and I bring them interesting work to do. We're both highly functioning teams. Now the IT people are evangelizing the value of our marketing analytics tools.

Absolutely, and predictive modeling has kind of become my thing at Marriott. Not too long ago, I was in a meeting with my boss and the entire Marriott Rewards team. Before I knew it, and without me even saying anything, the marketing team was asking how they could use predictive analytics in some new ways they hadn't thought of before. It was the most gratifying conversation I've had in a long time because I felt like we had really gained some mind share. 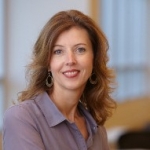