“We live in disruptive times… where the only constant is a change” – this statement seems very accurate to the situation we face today. The funny thing is that this is a quote from an ancient philosopher Heraclitus of Efez, who had said it almost 2500 years ago! The “new normal” seems like a joke… as there is no normal in that!

Continuous ups and downs this is what organizations and businesses should be prepared for. The pandemic period just proved that digital channels are a must both for companies and consumers. According to SAS EX2030 poll, over the year of 2020 on average, throughout Central EMEA (Poland, Russia, Czechia, Slovakia, Hungary, Adriatic, Turkey, Greece, Bulgaria & Romania, Middle East, and Africa) there has been noted an increase of more than 21% of new digitally oriented customers!

What does it mean? It means that we have a huge amount of newcomers that are completely unknown from the analytics standpoint. We don’t know them, we can only rely on segment-based conclusions… but the problem is also that the last year proved that the pace of consumers' behavior changes increased enormously! So we are in the situation of a complete unknown when it comes to consumers' reactions and a highly unstable future as nobody knows what would the coming months bring.

There is one more thing worth mentioning. Over the last couple of years, even the last 2 decades, there was one very stable trigger of consumers’ decisions. It was the PRICE! So lots of efforts were put into price sensitivity models, to understand where the margin can go higher with the expected positive result and where it should not be pushed too much.

Now, according to the latest poll, it looks like we have a new challenger for “price metric”. It’s convenience! And it’s been ranked really close to the price condition (price: 60%, convenience 55%). The problem with “convenience” is that it’s a really ambiguous term and may mean different things for different consumers. Mostly the interpretation of this is related to very personal feelings and expectations of customers, but since it’s so highly ranked, cannot be neglected! How to cope with that? Well, that will be the subject of the next blog post, but just to give you a sneak peak into the way forward… it’s all about analytics! But not that traditional one, with a static base of predictors, supervised models, well-planned recalculation regime, etc. It’s more about being more than proactive! About 10-15 years ago when we were discussing proactive predictive modeling with organizations, it was all about deriving the conclusions out of the well-known data. Now we are in the situation, where we need to understand that it’s not possible to predict the unknown but it’s possible to capture new patterns and behavior of customers, and that is where the real race begins! Organizations that are capable of doing that will win the game! And the key to empowering your organization is the hyper-personalization process which I will explain in my next blog post. But I also encourage you to watch the recordings from our recent “Reimagine Marketing. Be Curious. Ask the Data”  event, where I was discussing this topic, giving some real life examples and #MustHaves for an easier adoption to the new normal.

The other important topic is the focus on the digital marketing ads landscape.

According to PwC and PRNewsWire, the spend on digital ads has increased by 12% over last year and the majority of SMB organizations decided to invest much more in this area. The reason for this is that over the lockdown period, consumers were not able to be exposed to the publicly available ads, shops vitrines, billboards and the majority of B2C purchases moved into the digital area. So now, more than ever the question of rationalization of investments into digital marketing is important. Which channels contribute to acquisition? Which spends on paid media are justified? Where are visitors coming from? Where should the budget be allocated? That is really important to analyze and to find answers and that is where marketing attribution models could help.

The recommendations and solutions will be published in the final blog post! Stay tuned! 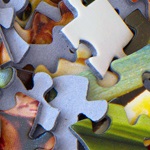 
We are a team of curious people passionate about data. We work at SAS in Portugal and we share ideas and discuss the impact that analytics has in the world. Somos uma equipa de pessoas curiosas apaixonadas por dados. Trabalhamos no SAS em Portugal e partilhamos ideias e discutimos o impacto que a analítica tem no mundo.