Mrs. Bauer, to what period does this 1 billion euros refer? "Digitization is a cross-cutting issue and is therefore now relevant for all departments. If we estimate all the investments in this legislative period, we have invested this amount in digitization across all departments. That includes AI."

And the economy is delighted

It doesn't matter whether it's estimated or substantiated. The message of this 1 billion euros remains: Not only the science department wants to use AI for itself, but many other of Baden-Württemberg's departmental ministries as well. And that is actually a good sign. Many people are demanding a lot from politics, which – as we can see – is ready for AI. 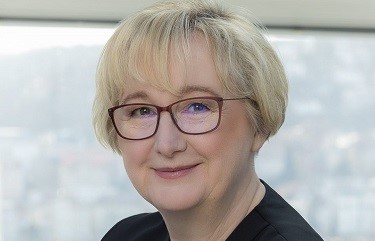 Because they also see politics as being responsible when it comes to AI. According to Dr. Thorsten Pötter, Chief Digital Officer at Samson, politics has an educational and framework-giving function: "The importance of local authorities and politics in matters of AI is enormous." The chemist is responsible for digital transformation at Samson. He says we need digital education – "and associations and networks also help with that. We deal with it far too fearfully in many places in Germany, and far too openly in others because most people probably don't know any better." Politics has a role to play in changing that.

He is not alone in this judgment. Many are experiencing social upheaval through the use of artificial intelligence processes and are proclaiming more sociopolitical commitment, while everyone is meanwhile invoking networking. And Theresia Bauer and many of her colleagues in politics are aware of this focus from Pötter on legislative action. The city of Frankfurt, for example, has set up an artificial intelligence association specifically for this purpose. A network that aims to bring business and politics together. The focus here is on learning from each other.

But why does artificial intelligence generate so much solidarity? What does it have that those other IT movements didn't? Matthias Koppenborg of Appointrix sees it this way: "It's the automation idea that makes the difference. Completely different business models are possible through automation and the use of artificial intelligence. The use of these technologies offers companies, but also private individuals, the opportunity to interact with each other in new ways. This makes it all the more important to collaborate with various partners in order to be a successful part of these developments."

One does not want Chinese conditions in Germany, obviously!

All right, let's keep it simple: AI is more multifaceted than other IT products. The old way of thinking of hitting a problem with an IT tool no longer applies here. Many stakeholders belong to just one problem. You can almost hear the manifested voters' will speaking. And so Bauer believes that the primary task of politics is to create the right framework conditions and guardrails, for example, on the subject of data protection: "It should be an enabling one: Process data, yes, but of course while protecting personal rights."

What is wanted is not Chinese conditions, but a European response. Theresia Bauer sees herself and politicians as shapers who facilitate the path to unknown possibilities while upholding European values. Bauer sees laws and regulations as the end of the line. But can something as dynamic as AI be wrapped up in laws at all, or is that its certain death? In the end, Mrs. Bauer, are the states merely implementers of the federal government's diffuse digitization plans? Are you even driven at the international and federal level by a hype called AI? "My drivers are the scientists of this country. They show me the infinite possibilities of AI with ever-new facets for the location-independent merging and processing of data."

So we learn that even ministers for science and research are constantly learning. Can the educational role that Thorsten Pötter demands of politics really be performed by politics alone? Possibly not in its entirety. The economy also has its part to play, especially those market participants who produce AI. Together, they can all help to minimize fears and uncertainties among those who are not AI experts. And last but not least, it's about jobs, says Theresia Bauer.

We listen up. Fortunately, she brings up the subject on her own. How do you assess the development, Mrs. Bauer? "AI will endanger jobs where routine activities are taken over, but at the same time, it will also create new ones through the expanded scope that opens up. Namely, exactly where our social and creative skills are in demand." Bauer has a realistic view of things. That's gratifying. She doesn't produce hot air. This is especially clear in the last question posed to her in the interview.

Where in her ministry would she like to see AI used to speed up processes? If you could wish for anything, what would it be? "We are still at the beginning in terms of digitalization in the ministry – even though we have made a big leap towards digital working due to the current coronavirus crisis. The next step would be to make our entire administrative process electronic and digital.

"Imagine if we digitized all our data and could use text recognition to evaluate all relevant data in-house, such as research data on climate change. If our employees were supported by AI methods in the future, they would have much more time for creative thinking. They would be able to work more on solutions than before and would have to spend less time researching for any kind of information. Because these sometimes tough searches would then possibly be taken over by AI. That would inspire and promote the creativity of our employees."

Thank you very much for the open conversation!