"It would be nice, but we have to stay realistic. The web will never be hate-free," says Sophie Achermann. Nevertheless, that's what she's fighting for. Sophie wants to sensitize internet users to hate speech. With her invention, you and I and all of us can identify hate speech on the web, react to it adequately and neutralize it. To this end, the co-founder of the platform stophatespeech.ch and the team programmed a digital dog almost three years ago that sniffs out hate like others of its kind sniff out sausage in real life.

It's called Bot Dog, and that name inevitably suggests its nature. We are dealing with an algorithm in canine garb that independently retrieves hate from its hunting ground, the internet. The Bot Dog is supposed to look cute in order to encourage as many internet users as possible to join in. The dog's owner can respond to its digital prey with various verbal suggestions. They can get actively involved.

Sophie Achermann's project shows the extent to which AI can positively influence the ethics debate surrounding artificial intelligence. Here, discrimination is first revealed by means of AI, and in the process the algorithm must be trained to be as nondiscriminatory as possible. A mammoth task, admittedly. "A purely technical solution to a problem that takes place on the internet but is manmade wasn't enough," Sophie says. "But a purely human solution wasn't enough, either, with this wealth of information on the web."

Dog out of the kennel

We all know that from an ethical perspective, the data used to train an algorithm matters if you want it to be as bias-free as possible. Which seems to be a paradox in itself because all programmers have biases, consciously or unconsciously, since they are human. The solution is neutrality, built-in subjectivity and awareness. About 600 volunteers from all walks of life trained the Bot Dog. Its digital prey was classified with about 48,000 subjective ratings. Each was able to rank the prey according to her subjective sentiment.

Sophie and her fellow bot dogs trust in a swarm subjectivity that seems to become neutral and representative above some size. The doggie, at least, is now to the point where Sophie can send it alone to the internet to sniff out words that smell of hate. The community never stops double-checking, though. Bot Dog also faces the threat of a lifetime of learning. Sophie's ambitions, however, are not to discuss ethics in relation to AI. 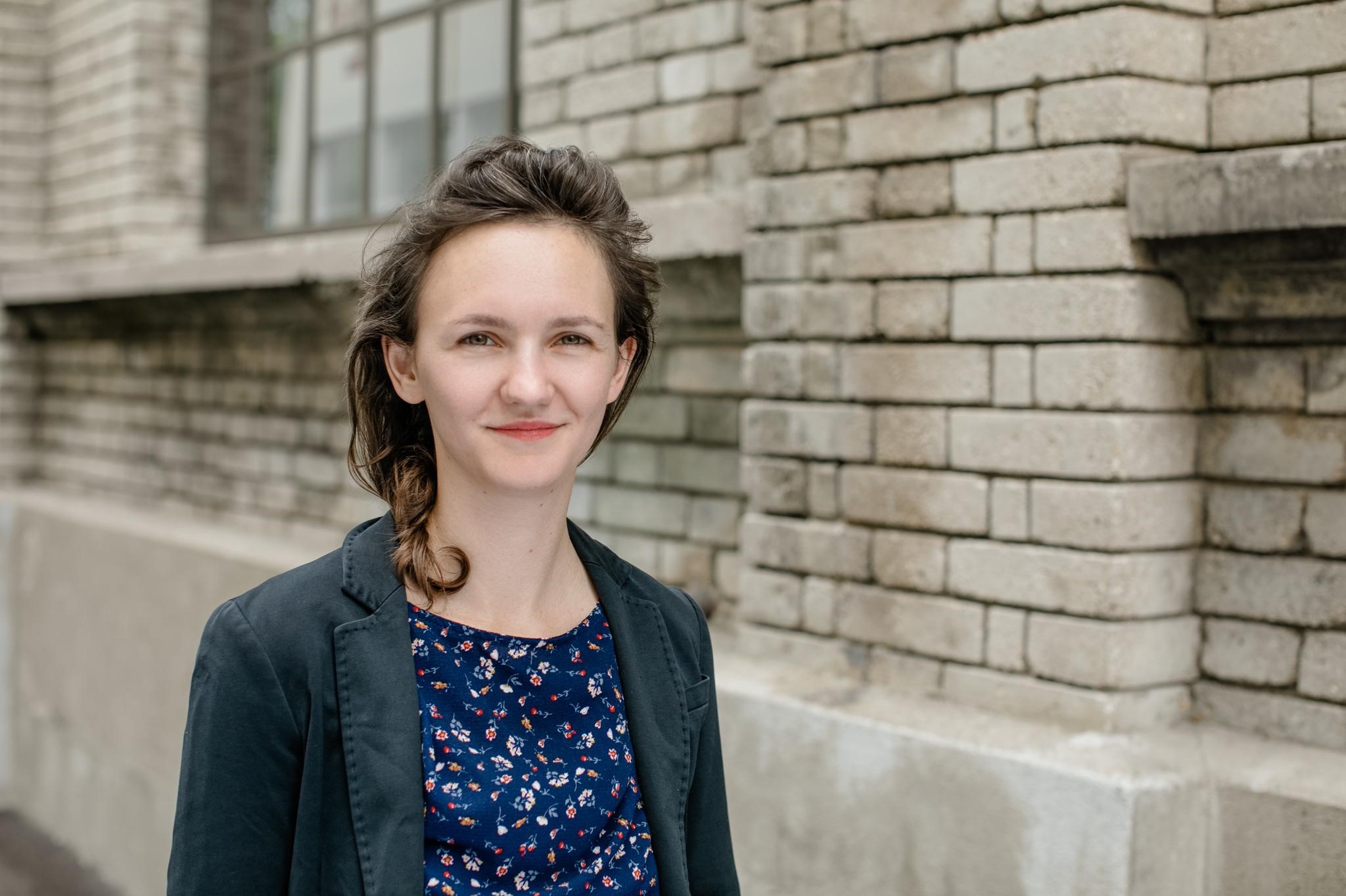 Her motive is to use AI as a vessel for a very different ethics debate. Namely, to counter the phenomenon of unethical counterspeech on our internet, not as a vigilante force, but as a platform of supply to encourage discourse. Sophie's arrows target this discrimination by empowering people themselves to engage with their fellow human beings on the internet.

"We want everyone to be able to actively engage in a debate. We want to encourage discourse, and we want to represent the diversity of opinion. We want to motivate people to show civil courage themselves on the internet." The inhibition threshold to do so is significantly higher on the web. Face to face, it's to articulate a position.

But is this project really possible, or is it just ambitious wishful thinking? Can people who prefer not to express their opinions be encouraged to do so? After all, the internet is a refuge of anonymity, and not just for those who spread hate. After all, that is somehow the reason for many to comment on the Internet: to rate hotels badly, to belittle restaurant menus or to denigrate campsites. Where else than on the internet does one dare oneself to share that – and above all gladly read it? Yes, one delights mischievously in the suffering of others. But too few dare to set a counterpoint themselves when they have a different opinion. How do you encourage people to join in?

"Yes, that's one of the biggest challenges," Sophie says. "How can we motivate people to get involved, and even to seek out the hatred themselves in order to neutralize it? The Swiss mind is very discreet. German bluntness is not in our nature.

"I guess it seems like people are silently revolting, but think themselves verbally incapable of responding." The Bot Dog is able to tear down that wall. To what it retrieves, it presents a strategy with possible responses to the users so that they can respond if they wish. Then they can confidently react and give a constructive reply. But never in terms of content and never politically.

And then the little dog is an ally for seconds. With its friendly face, it encourages us to join in. The algorithm becomes a high-voltage line that electrifies everyone. We inevitably want to think: Not reacting is not an option. My moral code forbids me to do so.

A world without hate

Let's start again from the beginning. Let's ask the first question again and hear again what Sophie has to say. A world without hate. Is this possible? "That would be nice, but we have to be realistic. The web will never be hate-free. Hate is first and foremost in contexts."

Contexts hide beyond simple lists of swear words. The one between political colours and words hides in context. "To begin with, the colour green and the word pig are not necessarily insulting. In a political article, however, it looks quite different."

Stop Hate Speech runs under the AllianceF label. AllianceF is a Swiss women's movement. But Stop Hate Speech doesn't stop with women. What brought you to this, Sophie? "The realization that, subjectively, women are more often targeted than men led the group to the question of how a society can address the problem of online hate and online discrimination. That was our starting point, to want to counter hate as a problem of discourse, a problem of democracy, a phenomenon of society as a whole – categorized as a problem."

Hate can curtail others' freedom of expression. In a way, Sophie says, this is a form of censorship – not by a state, but by ordinary citizens. If young people, whose abode is the internet, never learn that other opinions exist, it gives a false image of society. And this is what Sophie Achermann's stophatespeech.ch is fighting for. "We also show strategies for the young, which have certain simple answer sentences ready, but which are neither substantive nor political in nature."

So when a discourse threatens to degenerate, Sophie and her fellow campaigners rely on the simple verbal remedies as classic home remedies. The web application offers many example sentences for anyone who wants to dive into the adventure of civil courage. Discuss, yes, but in a decent way: That is their motto. And so the founders look ahead. They show which form of reaction works well and which does not. They reveal what continues to fuel hatred and what has the opposite effect.

"We want to share our knowledge with German-speaking neighbouring countries so that they can manage similar projects in a scientifically sound way." After all, she says, her platform collects so much data that should be evaluated and its analyses used to create even more civil courage across countries. And at some point, other linguistic areas will also become Bot Dog's hunting ground.