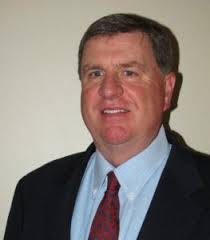 In this guest blogger post, Chris Gray of Gray Research weighs in on the discussion of forecasting vs. budgeting.

Chris Gray on Forecasting vs. Budgeting

Generally I agree with Steve Morlidge’s points about the differences between forecasts (or sales plans) and budgets, and the fact that they are unlikely to ever be equal.  I especially agree with his point that the forecast is frequently biased by mandated numbers coming down from the budget and that this has to be avoided.

I’m not sure I would have stated that point the way he did though. For some companies, the starting point for setting the budget (once a year) actually is the forecast/sales plan coming out of the S&OP process.  I see this as desirable since these forecasts are typically the most thought-through expression of demand in the marketplace, validated each month by reviewing actual performance and revalidating the assumptions that went into the last numbers.  In that way they are the most realistic expression of what is happening in the marketplace.

Obviously I’m an advocate of using the S&OP forecasts to drive the start of the iterative budgeting process.  The problem occurs when the budgets are set and someone then says “make the forecasts match the budget.”  This (budgets driving forecast updates, not forecasts driving budget adjustments) is where the bias to the forecast is introduced.

Every month the S&OP process is going to try to get the forecasts updated to the latest expectation of demand.  This, converted to financial units, can be compared to the budget and variances tracked.

Again, if management brings pressure to adjust forecasts to match budgets, without having a plan for changing actual performance, then the only result is going to be bias in the numbers and frustration.  This has to be avoided.

So ideally what happens is that, over time, resources may be reallocated, different sales and marketing and fulfillment tactics developed and implemented, and an attempt made to bring total financial results into alignment with the total budget.

I don’t see companies making monthly changes to their budgets just because S&OP predicts a variance.  The budgeting process is just too complex to do a detailed budget adjustment against each family, line of business, or other subset of the total budget.  Instead they make changes to S&OP, to how they are using their resources and the markets they are selling to, in order to bring total performance up to desired profitability as expressed in the budget.

Most of the companies that I worked with over the years are more focused on delivering total budget performance, less focused on delivering the exact mix as predicted in the original budget.  Occasionally, when there is a huge variance that can never be made up, the reality of the situation will trigger a budget adjustment in the middle of the year – but this is not typical at all.

One thing that sometimes happens, especially when corporate management has access to S&OP data, is this: corporate management wants all the budget numbers reflected in the forecasts at the plant or division level.  This is where division or plant management has to insulate their resource planning process from the introduction of bias.  They are trying to deliver budgeted revenue and profitability, and must be allowed to adjust resources appropriately over the course of the year to do so.  Putting phony numbers into S&OP and the other detailed planning systems will not help (it’s the horse puckey in the ice cream problem).

I think Steve has correctly described the kinds of problems that occur when we think that forecasts and budgets are one and the same thing -- because they are not.