In July 1984 I was a public health nurse assigned to Willow Spring, Holly Springs and Fuquay, bustling between three public schools, home health visits, and a clinic on Fuquay Avenue that shared space with the local DMV office—a small white frame house divided in half to provide two essential community services. Since this was before the days of GPS, I drove my 9 year old Carolina blue AMC Gremlin with no air conditioning across the backroads of southern Wake County, armed with paper charts, handwritten notes and a good sense of direction.

That July was stifling. It wasn’t long before I had dropped 10 pounds and abandoned my shoulder length ‘gypsy shag’ in favor of a short cut (at least the hairstyle stuck). I immunized children in fields where their migrant farm worker parents planted and harvested crops. Some of my sickest home health patients had no running water or electricity. One complicated wound care patient required two nurses for each visit—one to pour sterile water over the other’s hands and to open sterile dressings since there was no flat surface available. A hole in the roof provided light. My favorite pecan pie recipe was the gift of a farmer’s wife in appreciation for his post-stroke care (accompanied by a bag of shelled pecans and a few tears). Every day was an adventure. I thought being a public health nurse was the best job ever.

The same month I was navigating two lane black top, SAS was taking the on-ramp to what would become a health care superhighway, hiring family nurse practitioner Jimmie Butts to launch the company’s first onsite health care services. The Health Care Center (HCC) started small and grew quickly as early-adopting SAS employees embraced the ‘health care at work’ model. Within the first 7 years, a handful of staff grew to more than a dozen. I’d been an family nurse practitioner (FNP) for 4 years when I joined the HCC full time in 1991, just in time for its first move into one-half of the former Bldg. D—a spacious 3750 square feet with 3 exam rooms.

Jimmie retired in 1994, and with some trepidation I climbed into the driver’s seat. Within 3 months I was immersed in planning the HCC’s transformation from solely acute care (aka urgent care) to a primary care/acute care hybrid. In July 1995 we moved into the renovated ground floor of the former Bldg. C (15,000 luxurious sq. feet) and added a physical therapist and 3 more providers for the anticipated increase in patient demand. Seven years later, in 2002, following a period of sustained employee growth that spiked demand for primary care, we got the green light from Dr. Goodnight to respond with our own growth spurt. Another 10,000 square feet on the second floor was up-fitted with exam rooms, reception and lab (bringing total square footage to 25,000). We added 17 new staff in one month, and—just like that—doubled our primary care patient capacity. We had our foot on the gas. 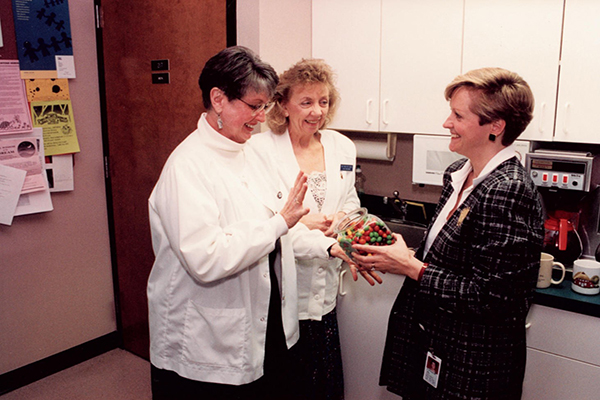 Gale with Jimmie Butts (left) and Pat Crist (middle) circa 1991

It took creativity to operate a single HCC on two floors with no elevator (the building was erected in the pre-ADA 1970s). We coined the term parallel practice for our unique situation and, just like the ark, everything had to come in twos. The wizards in MIS wrote a patient appointment program based on one used to reserve SAS conference rooms (no joke). New primary care patients enrolled with paper applications until the numbers became overwhelming and MIS tailored the child care application program for our use. Steady demand soon exceeded static capacity, and for the first time we had to manage a primary care patient waiting list. This was a source of daily frustration for us as well as for employees. A period of 7 am to 7 pm operating hours proved unsustainable. A pilot of (early) voice recognition software was a flop. Campus flu clinics were such a hit we had to hire an outside vendor. Taking risks kept us curious and humble. We learned a lot.

By 2004 it was clear we needed new tools and new space. We began vetting vendors of electronic health records while these were still a novelty. Nearing a decade of intense foot traffic—about 300,000 patient visits—on top of 30 previous years as a heavily utilized office space, Bldg. C was rapidly showing its age. Relief arrived in an unlikely form—a luxury hotel called The Umstead. Turns out we were sitting on prime real estate and needed to relocate. We were ecstatic. SAS quickly hired an architect to begin designing our new home on the other side of campus near the RFC. (Sensing our impending departure, Bldg. C’s hot water heater went kaput; we were without hot water for several months before decamping).

The HCC had just turned 21 in August 2005 when we moved into our beautifully appointed 35,000 sq. ft. Bldg. W home. The 14 years since that final move have been busy and fruitful. We have increased the number of PT, nutrition and provider appointments; broadened our award-winning lactation program; replaced paper brochures with user-friendly web pages; expanded the successful Diabetes Self-Management Program; assumed responsibility for after-hours on-call coverage; added procedures like IUDs; and created space for a pharmacy. We have embraced technology—flat screens in the lobbies with HCC-produced content; patient scheduling software integrated with an electronic health record; referral software; and text appointment reminders. We have researched our health care model, resulting in two studies published in peer-reviewed journals in 2015. Study results? HCC primary care patients file fewer medical insurance claims, spend less money on drugs and have fewer ER visits and hospitalizations. We are entering mid-life with a strong resume and a full tank.

If you’re over 35 (like me), when you hit that mile marker did you marvel at what had come before and ponder what could lie ahead? At 35, I’d just been elected president of the state nurses’ association, just met the man who would become my husband—and casually accepted a one day a week contractor gig at the SAS HCC. I still thought the best job I’d ever had was behind me. I had no inkling of the opportunities that awaited.

We arrive...at a big birthday 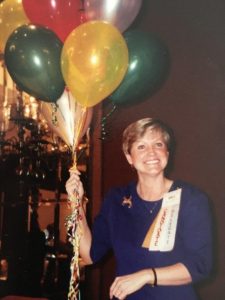 July 23rd marks the HCC’s 35th birthday. Factoring in my 2 years as a contractor, I’ve been a participant in 30 of those historic 35 years. For the last 25 it’s been my privilege to lead a talented, energetic (and changing) HCC team throughout times of incredible growth, challenge and development. I can’t predict the future, but I know some fundamentals are a given: continued use of technology where it improves efficiency without encroaching on the magic of our relationship with patients; continued curiosity about cutting edge and evidence-based health care, amid an explosion of scientific discovery; and continued commitment to the best health care and health care experience we can possibly deliver.

My Gremlin is long gone. The back roads I traveled in 1984 are now clogged with commuters and rolling farm land has given way to subdivisions. It’s a bit startling to realize that I’m the last remaining member of the 1984-era staff. But 35 years later I can still say that every day is an adventure and that I have the best job, ever. Thanks for everything HCC--and Happy Birthday. 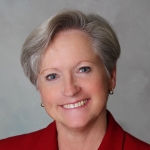 Gale Adcock, SAS Chief Health Officer, is a nurse practitioner with 30+ years of health care experience. She has helped evolve the SAS Health Care Center to a 55 staff member, full service primary care center seeing an average of 170 patients a day and saving SAS in excess of $8 million a year in avoided health insurance expenditures and employee time savings.