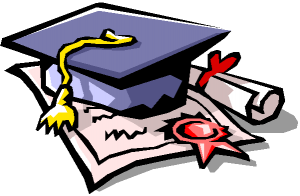 The other day I was listening to a Hidden Brain clip about reference bias.  Apparently, a new research study found that students exposed to their very best peers became discouraged about their own abilities and performance — and were more likely to drop out. Just on face value, that rang true for me.  When I am up against someone whose performance is “unattainably better” than mine own, it is quite tempting to simply give up.  No, I don’t want to play golf with a PGA pro, and every 2.5 rated tennis player knows it would be suicide to play against a 4.0.  Far better to play a 3.0 and be challenged in a way that will “up” your game.

But why is this true? According to the research suggested in this piece, it’s because of reference-bias.  The idea is that you draw a faulty conclusion because you think the atypical or exceptional is the norm and then you feel inferior or incapable. When it comes to the college search process, parents and students alike are drawing faulty conclusions about the landscape of college admissions because of who and what they identify as the reference group.  For example:

What is your reference point these days?  How can you assist your college-bound students to not draw faulty conclusions?  Even discussing this blog post over a meal could lead to a fruitful discussion!