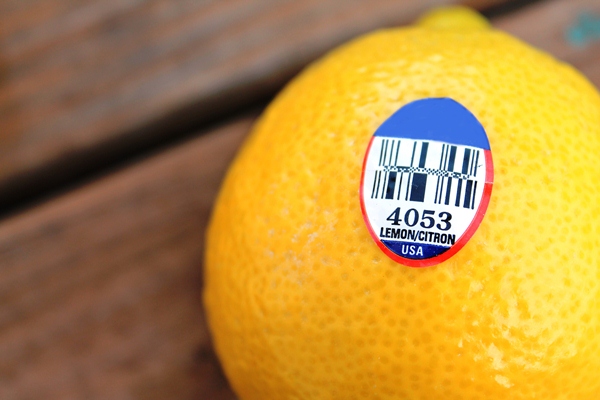 Do you ever wonder why those pesky little stickers are on fruits and vegetables? Other than to annoy us while trying to meticulously peel them off without leaving behind sticky glue? Those stickers are called price look-up or PLU codes and they actually do serve a purpose and can help us make more informed decisions at the grocery store.

PLU codes are 4 or 5 digit numbers that have been in use since 1990 to help checkout and inventory control easier and more efficient for supermarkets. They also help ensure, as consumers, that we’re getting what we pay for since it’s virtually impossible to tell just by looking at produce whether it’s conventionally or organically grown.

The codes are assigned by the International Federation for Produce Standards (IFPS) and are based on various attributes including commodity, variety, growing method, and size. While there are currently over 1,400 PLU codes worldwide, retailers are not required to include PLU stickers.

What Do the Numbers Mean?

The last 4 digits of all PLU codes range from 3000 to 4000 and stand for a specific fruit or vegetable. For example, 4011 is the code for yellow bananas.

To help further define the fruit or vegetable, an additional number is added to the beginning to indicate growing methods (conventional, organic, or GMO).

3 or 4 at the beginning = conventionally grown

9 at the beginning = organically grown

8 at the beginning = genetically modified 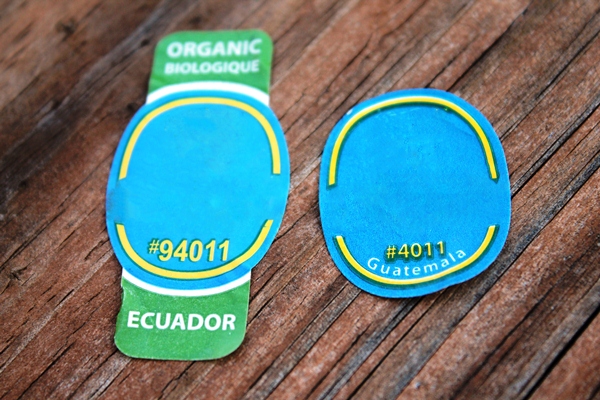 However, since the PLU system is voluntary, you will likely never see a PLU code that starts with an 8. Produce that has been genetically modified is usually just coded as conventionally grown (starting with a 3 or 4).

You also won’t see PLU stickers on all produce. Can you imagine green beans or peas with stickers on them? I can’t! For these items, supermarkets often have other means for identification. Take a look at signage on the shelves or bands or tags (like on heads of lettuce). 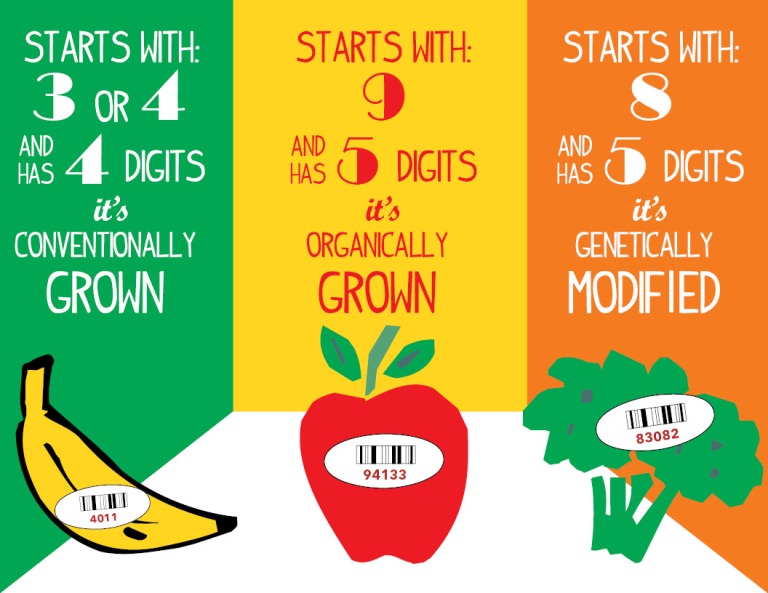 Organic versus Conventional- Which to Buy? 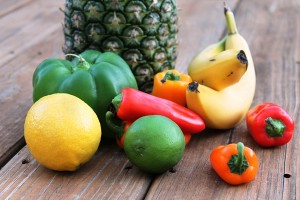 Now that you know how to read those pesky little produce stickers, put them to good use! The Environmental Working Group (EWG) researches and compiles data about the pesticide content of fruits and vegetables. EWG publishes its findings annually to guide consumers about purchasing organic and conventional produce.

The Dirty Dozen lists produce most commonly contaminated with pesticides while the Clean Fifteen lists foods least likely to contain pesticides. These lists are provided on a printable wallet card and EWG also has a free Dirty Dozen phone app so you can keep these lists handy at all times.

Check out our previous post to learn more about choosing organic versus conventional produce. 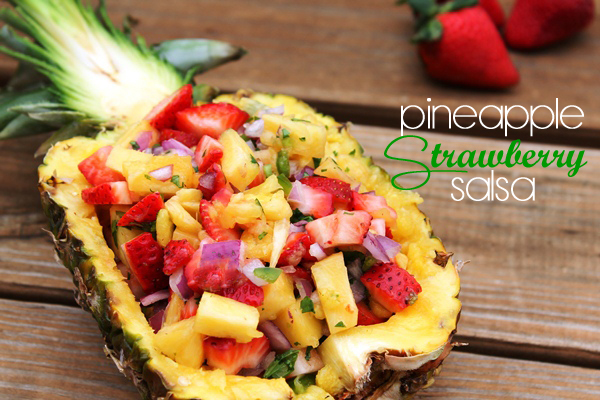 This salsa is sure to be a crowd pleaser and goes great on just about anything- pork, fish, chicken or even ham. It’s also good by itself or served on whole grain crackers. 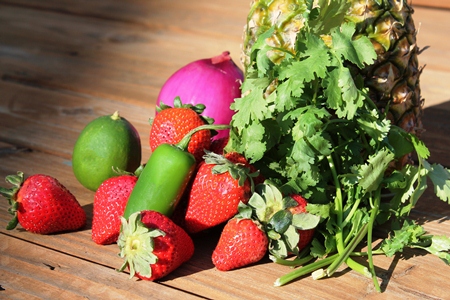 Serving Suggestion: Use the pineapple itself for a unique, fun serving bowl: 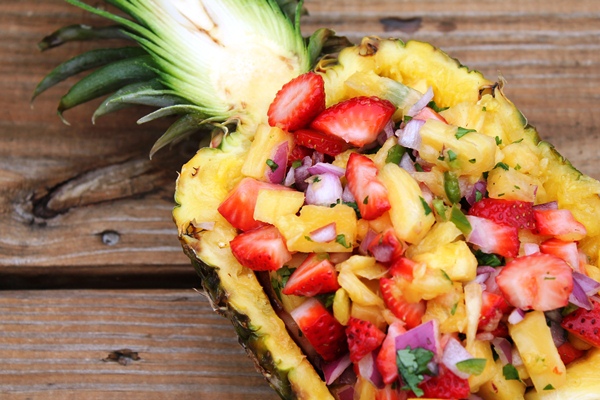 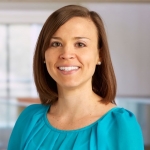