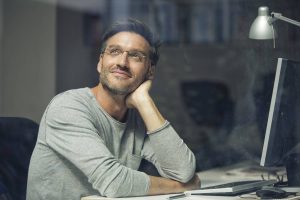 Katrina Wakefield recently pondered if it’s possible for a business, especially one formed long before the era of big data and advanced analytics, to learn to be data-driven. “So what should you do? Carry on with traditional business models and approaches to data use, or try to acquire the same mindset – the same data-driven mentality – as the digital generation? And even if the latter is possible, how can you achieve such a huge cultural shift?”

Resistance to being data-driven: It's only human

As I have previously blogged, it’s easy to say that we will go where data drives us. But what happens if data is driving us to a destination we’re uncomfortable with? What happens when data calls into question some of our long-standing beliefs? “The reasons inhibiting data-driven business,” Phil Simon blogged, “are decidedly human. We like to think that we can do things that machines and algorithms can’t. No computer or statistical model knows what I know. This belief doesn’t make us evil; it just makes us human beings. Add up these pockets of admittedly understandable resistance and progress lags or stops.”

“Businesses that want to be data-driven,” Loshin explained, “first have to be data-aware – all the staff members have to understand that the company values data and that it is everyone’s responsibility to ensure its utility.” Different roles within organizations must work together to ensure they’re doing the most they can to put data at the center of decisions they and others make, across the business. Wakefield recommended collecting more data – including new types that could help you better understand your business – and making it easily accessible to everyone throughout the enterprise. By doing so, “you will have a culture where the answers to almost every question can be extracted from data. This reliance on data is one of the core tenets of data-driven businesses born into the analytics or algorithm economy.”

One of my favorite things about spring is the return of my favorite spectator sport – baseball. The sport also exemplifies many of the challenges and cultural shifts mentioned above that are necessary for data to change the way an entire industry does business.

In many ways, data analytics is changing baseball. One significant shift is the prediction of future player performance. Key data driving the multimillion-dollar contracts teams offer players is less reliant on historical data from past seasons and more reliant on detailed analysis of the abundance of data now collected during the current season. Data analytics helped teams realize hundreds of millions of dollars was previously wasted on players who performed poorly in the later years of long-term contracts.

Baseball’s data-analytics revolution has not only changed the money teams spend on players but also the money spent on non-player personnel, such as mathematicians and data scientists, as well as data-collecting technology. The latter includes devices installed around ballparks to collect information about the physics and biomechanics of a pitcher’s delivery, a batter’s swing, the trajectory of a ball in play and fielders’ defensive reactions to it.

Many of the ways data is changing baseball is not obvious to fans. One, however, is impossible to miss – the shift. This defensive strategy has numerous variations that change based on the batter, but all are realignments of standard fielding positions in order to place defenders where the batter is statistically most likely to hit the ball. Sometimes the shift results in a defensive alignment that looks quite bizarre even to casual fans, including incidents where every fielder is on one side of the field. Debates still rage over how effective the shift actually is, but undoubtedly it’s a change data brought to baseball.

Which data is driving your business – and decisions?

Baseball is a great example of how it’s not about being data-driven because your organization has always been data-driven. It’s about what data your organization is being driven by – and whether that data is driving your organization to make better decisions. Baseball has always been data-driven because of its wealth of statistical data. The real paradigm shift in baseball was realizing that the predictive power of some statistics was not as reliable as has been historically believed. Data can change your business. But only if you let it, and if you're willing to both consider new data and reconsider existing data.