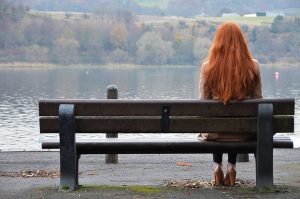 In my last post, I discussed the characteristics of a data-driven business. As Amazon, Facebook, Google, Microsoft and Netflix demonstrate, a data-driven business involves quite a bit more than lip service and hiring a shiny new chief data officer (CDO). Rather, it takes grit, time, resources, executive commitment, risk tolerance and the willingness to part with employees who lack essential skills.

In this post, I'll cover the major roadblocks organizations face as they attempt to embrace analytics. I'll draw both from my most recent book and a few lectures from my analytics course at ASU.

Greenfield startups and web-native companies such as Uber and Airbnb in a way have it easy: They don't need to overcome the legacy cultures of successful yet hidebound companies. Think about it. If your organization has done well over the course of three or four decades, why change? The "if it ain't broke, don't fix it" mindset is lamentably alive and well in many organizations. Cue Drucker quote.

As MIT smartypants Andrew McAfee and Erik Brynjolfsson write in Machine, Platform, Crowd: Harnessing Our Digital Future, artificial intelligence (AI) is making rapid strides. In the not too distant future, many white-collar jobs will probably go the way of the Dodo. (Yeah, lawyers too – not that Shakespeare would complain.)

Reinventing yourself gets more difficult with age. (See risk aversion.) In this increasingly uncertain and chaotic world, it's downright comforting to know that some things remain constant.

We like to think that we can do things that machines and algorithms can't. No computer or statistical model knows what I know. This belief doesn't make us evil; it just makes us human beings. Add up these pockets of admittedly understandable resistance and progress lags or stops – even if new tech and data prove that we're not as good as we think we are.

The mystique of data-driven behemoths

I've recommended in my talks that no company goes "from zero to Google overnight." These companies' data-driven approaches have effectively built psychological moats. We can't complete with them, so why try?

In my consulting career, I met many employees who couldn't fathom what Amazon, Google, Netflix and Facebook can do with data and analytics. Here's the rub: There was a time in which each company's CEO couldn't either. That is, Google in 2017 can do things that its 2007 and 1998 counterparts couldn't do. I suspect that the same will hold true in 2022 and beyond.

Lack of employees with requisite skills

Yeah, we all know the famous McKinsey study on the paucity of data scientists. Fair enough, but CXOs who are truly willing to make the investment can and will put their money where their mouths are. That is, they will hire and/or train employees who can help their organizations turn the corner. To quote Gandhi, "action expresses priorities."

Note that cost and availability of technology and data don't make my list. Data storage has never been cheaper and Moore's Law remains alive and well. Put differently, the reasons inhibiting data-driven business are decidedly human – and there's no software patch for that yet.