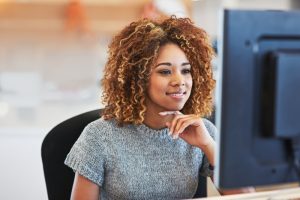 Back when I was a young cub fresh out of college, I didn't fully understand the concept of enterprise data. Sure, I worked with it in my early to mid-twenties – but, compared to today, I knew nothing about the vast amounts of data that organizations generate, manage, and, more often than not, mismanage.

Based upon my role, background and knowledge, entry-level folks such as myself were generally not allowed to access enterprise data. Sure, we could run standard reports. But for anything custom, I had to generate reports requests that proper IT folks would attempt to fulfill. Back and forth we would go until, weeks later, either I gave up on the IT folks or vice-versa. Put differently, the IT-business divide was alive and well.

My how times have changed.

Today, the "business of data" in many enterprises does not resemble its counterpart from the late 1990s. To be sure, that aforementioned divide remains a chasm in many hidebound organizations. More progressive ones, however, have realized that the benefits of democratizing data (read: “data on demand”) can exceed their costs.

We live in an on-demand world. Why should data be any different?

So what are the pros and cons of granting employees access to data where and when they need it?

In no particular order, they include the following:

Of course, there's no such thing as a free lunch. Costs of data on demand include the following:

As always, the fleas come with the dog. Generally speaking, I believe that the benefits of data on demand far exceed their costs.