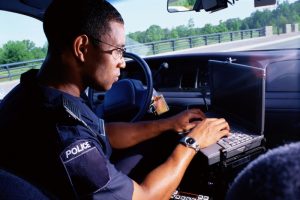 Lately I've been binge-watching a lot of police procedural television shows. The standard format for almost every episode is the same. It starts with the commission or discovery of a crime, followed by forensic investigation of the crime scene, analysis of the collected evidence, and interviews or interrogations with potential suspects. It ends with the criminal's arrest. The criminal is proven guilty either by forensics or after confessing to committing the crime when presented with incriminating evidence. (Usually it’s a combination of both since the evidence only proves how the crime was committed while the confession explains why.)

The forensic investigation of the crime scene and analysis of the collected evidence are usually the most interesting parts of a police procedural for me. Processing the crime scene involves many tasks, like taking photographs, drawing sketches, dusting for fingerprints, swabbing surfaces for blood and collecting DNA samples. The investigators also collect any items that could be considered evidence, carefully tagging, logging and packaging them so they can be sent to a forensic laboratory for analysis. The tagging and logging obviously records the chronology of evidence collection and processing. But it also establishes a chain of custody documenting the individuals involved in each aspect of the criminal investigation that's about to be launched.

During data preparation, a lot of metadata is collected. Most of it is technical metadata describing the form and content of data. Many police procedurals include scenes where the forensic lab technicians need to explain the results of their analysis to the law enforcement officers. This often involves explaining complex technical procedures such as DNA profiling, toxicology, ballistics, and – in recent years – a lot of computer science including network, data and mobile device forensics.

Lab techs explaining what they did in terms that cops can understand is analogous to the role of a business glossary in data preparation. A business glossary links technical metadata to terminology that business users will understand. It also documents data lineage and data stewardship, which is the equivalent of establishing a chain of custody for the data being prepared for use in critical business applications.