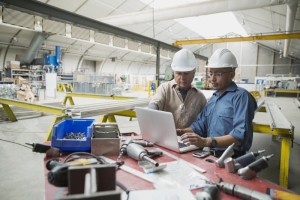 We had just completed a four-week data quality assessment of an inside plant installation.

It wasn't looking good. There were huge gaps in the data, particularly when we cross-referenced systems together.

In theory, each system was meant to hold identical information of the plant equipment. But when we consolidated the data, there were so many issues it was hard to know where to begin. There were:

The list was seemingly endless, so I thought to myself: "If the systems that are meant to represent the physical equipment are out of sync with each other, just how bad are they out of sync with reality?"

A site audit of the physical equipment revealed the extent of the problem. On just one floor, in one building, we found a 40% discrepancy with the data held in one of the systems compared to the reality that confronted us on the site audit.

Whole bays of equipment that were listed as installed and active in the system were just empty. It was not because they had been labeled incorrectly, or because their status was active and should have been inactive – the equipment just wasn't even there.

This is the reality for so many companies – they have a huge gap between the data in their systems and the reality on the ground. The problem is, until now, you had no way of knowing how big that gap was unless you physically investigated it.

The IoT is going to change all that.

You only have to walk around your local hardware store or search the tech media to see the impact the IoT is going to have on all our lives and organizations:

Going back to the start of this story, I believe that the IoT will be the technology of the future to eradicate the glaring reality gap most businesses have between what is in their systems and out in the field. If we have the technology to attach a sensor to a £500 roaming cow, then surely we have the capability to gather accurate data from the assets that drive our businesses.

More and more innovation is taking place in sensors, communication, API's, standards and applications, every single day. In many ways, the consumer market is ahead of the game, while traditional businesses are slower to respond. I believe most large businesses perceive the IoT as being in the early "hype cycle," and not worthy of investigation. But this is a mistake. Because right now, there are probably smaller and more agile competitors waiting in the wings to transform your business model.

For years, as data quality professionals, we've been focusing on getting data accurate within the context of our internal environment of systems and processes. Now we need to get ready for the next stage in the data quality journey as we start to finally understand what accuracy really means – and the incredible benefits it will bring to companies that exploit the IoT.

Learn about SAS Analytics for IoT

Dylan Jones is the founder of Data Quality Pro and Data Migration Pro, popular online communities that provide a range of practical resources and support to their respective professions. Dylan has an extensive information management background and is a prolific publisher of expert articles and tutorials on all manner of data related initiatives.