As a consultant in the late 1990s until the late 2000s, I wrote thousands of reports for my clients. Of course, in many cases, a query or sub-report ultimately served to answer a much larger question. While their objectives and means (read: reporting applications) varied tremendously, each was designed to answer very specific historical questions. I look back at the quaint period of "Enterprise 1.0" and chuckle. Certainly compared to today, many things were easier to report, if not entirely understand.

Where are we today?

To be sure, discrete, historical reporting is alive and well in just about every organization. (Will we ever see the death of the P&L statement?) Still, foolish is the soul who believes that these types of queries alone are completely sufficient anymore. They're not.

This disconnect is particularly pronounced when it comes to social media. Sure, most YouTube cat videos don't go viral, but there are many cases in which a meme significantly hurt an organization's public image and, in all likelihood, its bottom line. McDonald's, United Airlines, and Comcast quickly come to mind here.

Brass tacks: Organizations cannot exclusively rely upon traditional reporting stalwarts to understand and, just as important, react to real-time events. Can you imagine running a report over and over again or hitting "refresh" like a monkey? No, there are better ways to find valuable insights, particularly with respect to social media.

Not Your Father's Reporting

Ever wonder how Twitter determines which topics are trending (both globally and locally)? From the company's site:

Trends are determined by an algorithm and, by default, are tailored for you based on who you follow and your location. This algorithm identifies topics that are popular now, rather than topics that have been popular for a while or on a daily basis, to help you discover the hottest emerging topics of discussion on Twitter that matter most to you. 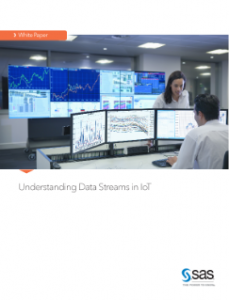 Learn how to use event stream processing to manage the Internet of Things.

You can choose to see Trends that are not tailored for you by selecting a specific trends location on Twitter.com. Location trends identify popular topics among users in a specific geographic location.

At a high level, Twitter employs rolling counts to identify trending topics within a very precise window of time. Those counts change quickly and automatically without employees in the company's "IT Department" constantly—and manually—running and rerunning reports. No, Twitter (correctly) thinks of data as a series of streams. (I strongly suspect that Facebook employs a similar methodology.) But it gets better.

Twitter understands the importance of platform thinking. That is, there are major benefits to let other developers figure out new and interesting ways to represent data. To this end, the company supports multiple streaming application programming interfaces (APIs).

And Twitter is hardly alone. Think about Yahoo for a moment. Sure, the company has struggled with building its developer community. Internally, however, the company "does" Big Data better that most, processing 100 billion events every day. These include clicks, impressions, and shares. Again, I sincerely doubt that this entails heavy reliance upon manual reporting.

When asked by a reporter what would influence his government’s decisions the most in the mid-twentieth century, British Prime Minister Harold Macmillan, famously said, “Events, dear boy, events."

No, Macmillian wasn't talking about events in the computing sense of the term. Today, however, the two are often one and the same. Trying to understand an event today often requires new reporting approaches.