I recently worked with a company (we’ll call them ABC, Inc.) on a customer segmentation strategy. This particular organization has a predefined set of marketing campaigns that they would send to all of their customers. There was no differentiation in the messaging or channel. 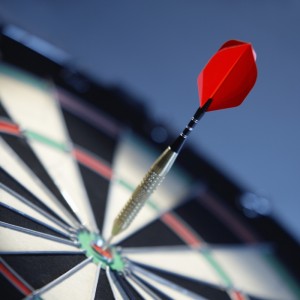 We created a number of predictive propensity models and teased out some really interesting segments in their customer population based on their likelihood to do something (buy more products, be more loyal, etc.). As in…people who are more likely to be more loyal are (1) over the age of 40, (2) female, and (3) live in an urban area. They also hate direct mail and love shopping on the Internet. You get the point.

In theory, now that I know who’s more likely to do something, I can target that population with more relevant messaging. Ta-da! I have a data-driven marketing strategy! Not so fast…

The NY Times recently posted an article about the trouble with too much segmentation and not enough creative in political campaigns: “The Big Data era of politics has left some campaigns drowning in their own sophisticated advances. They simply cannot produce enough new, effective messages to keep up with the surgical targeting that the data and analytics now allow.”

ABC, Inc. was faced with the same problem. We identified four distinct segments in one of the propensity models. To effectively target those segments, each would need different messaging across different channels. The complexity of their marketing campaign strategy just quadrupled! This is a simple example, but you can imagine what happens as they create more propensity models and segments.

There are three main components to a campaign:

There’s no point in creating segments if you can’t align relevant messaging, media and context. In addition to investments in analytics and technology needed to support segmentation, organizations must equally invest in the message and the medium.

Just because you can create tons of micro-segments doesn’t mean that you need to. In ABC’s case, we combined the propensity scores with the segments so that we could prioritize and identify where we could have the biggest impact. The short-term plan included a series of targeted messaging for two segments, with plans to expand to four in a phased approach. This gave them the time to develop and test new messaging as well as build out their capabilities for managing multiple campaign workstreams.

If you’re just starting to use segmentation strategies in your marketing programs, don’t overwhelm yourself with complexity. As you identify the relevant segments in your business, look for high-impact opportunities, but remember that your creative messaging will make the difference. As a political campaign director in the Times article said:

“We’re at the point where everyone can afford the Ferrari
[the data and the tools]–
it’s a question of  who’s the better driver
[the creative message].”

And the good news is that you don't have to choose. Make sure you have the Ferrari, and be the better driver. Let me know what you think. 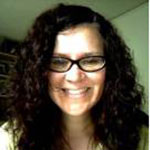