Wired had an interesting article recently, discussing how “Darpa,” the US Department of Defense’s (DoD) research agency, is requesting proposals for implantable biosensors. Darpa is interested in the application of this technology for “real-time, accurate measurements of ‘DoD-relevant biomarkers’ including stress hormones, like cortisol, and compounds that signal inflammation, like histamine.”

One need only think about how such information could be advantageous to a military overseeing the field of combat to realize why there’s serious money and intellect behind this.

Technology Innovation In The Public Sector

The marketer in me, immediately started thinking about the commercial applications of biosensor technologies that we could one day see.  “Blasphemy” you might say, “the government would never let such a technology propagate to commercial interests.” Well, let’s consider some of the technologies first pioneered by government interests, which were later commercialized:

It seems to at least this author that the public sector has a pretty terrific track record of fueling innovations that are eventually embraced by the private sector in ways we couldn’t have imagined. And in fact, there's already evidence of this bleeding into the private sector in a field aptly called neuromarketing, which is overlaying the science of  interpreting physiological responses to stimuli, with the practice of marketing.

So think about Darpa's work progressing far beyond reading stress levels in troops, and a future where our heart rate, hunger, blood sugar, stress level or weight, can be streamed in real-time. Think about that information flowing somewhere, an iPhone, an app, a social network.  Invasion of privacy? Not to consumers who demand it. Heart rate is invaluable to those training for a marathon. Understanding blood sugar levels can be critical to diabetics. Weight is something millions already monitor each day, especially this time of year.

As valuable as that could be to consumers, what do you suppose that information could be worth to a business? What’s it worth, to McDonalds, to know the exact moment you are hungry? Or to Weight Watchers, when your Body Mass Index spikes after eating that Big Mac? Or to Budweiser, when you are craving that beer to wash down that burger? Or to your doctor, who has told you to drink more water, and less beer? 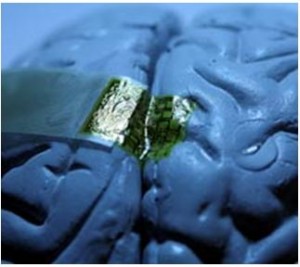 Model of machine-brain interface allowing me to type this blog & order pizza by just thinking about it. Courtesy technologyreview.com (April 19, 2010)

Now, this is about the creepiest scenario I can think of, and may indeed be far-fetched. But we need only to reflect on how today, many of us willingly exchange information about ourselves about where we work, what we purchase , where we live , where we eat and who we are friends with. In each of the ways we willingly give a piece of our identities to the cloud, we expect value in return, such as easier professional networking, discounts on premium coffee, real-time appraisals of your home, good reviews on where to eat, or streamlined communications with your friends. That's the quid pro quo arrangement marketers must continually reconcile with consumers.

The challenge for marketers is that with each new channel, insights about their own customers are not ebbing in volume, they have been flowing. When Facebook was started, Mark Zuckerberg was thinking about easing the friction involved in making friends (and friends with benefits), not about enabling businesses to have "friends". When twitter started, it probably seemed ridiculous to think about an explosion of social media analytics software monitoring brief bursts of text as a means to better understand fast evolving consumer preferences.

But apparently, companies like Ford and Zappos, have seen beyond the intended use of these platforms, to profoundly change how they market to their customers. They see these new channels as another way to listen to, leverage insights from and engage with, their customers. These companies, and others like them, who establish foundations in culling customer insights beyond just who we are, and what we buy, to add value to their consumers, while better humanizing their brands serve as bellwethers on how businesses can restructure their operations around increased insights available in emerging technologies. Future successes in business are no doubt rooted in some of the imaginative marketing practices happening in immerging channels today. As long as they aren't creepy about it.

And who knows? It might not be so bad to be a consumer of the future. Hunger pain one minute, instant offer for pizza from my favorite restaurant the next. I could get used to that. As long as I “unfriend” my doctor first. 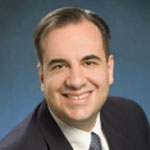 
John brings 15 years’ experience across many marketing disciplines, including direct marketing, analytics, consulting, product management and product marketing. He frequently represents SAS at global marketing conferences, including those hosted by Direct Marketing Association (DMA), National Center of Database Marketing (NCDM) & American Marketing Association (AMA), speaking about best practices and futures in the areas of social media and customer analytics. John has his Bachelor’s in Public Relations from the University of Florida, and Master’s degrees in Information Systems Management (MS/ISM) and Business Administration (MBA) from the University of South Florida. John currently resides in Tampa, FL. If you would like to connect with John directly, send a personalized connection request to his LinkedIn profile of http://www.linkedin.com/in/johnbastone or send connect to @johnbastone on twitter.