The antidote for fifty enemies is one friend. If there’s truth in that quote, Aristotle would have to agree we’re lucky here at SAS, in that we have many friends, including outstanding customers and industry thought leaders, that we regularly interact with. I’d like to share one of these interactions with Chris Brogan, President of New Marketing Labs.

Our connection to Chris began in early 2009, when our esteemed social media manger, Dave Thomas, attended Chris’ Inbound Marketing Summit in San Francisco. Dave wrote to me about his introduction to Chris, saying he “was immediately impressed not only by his knowledge, but by his openness and the genuine way he communicates, both individually and with groups. Plus, he was one of the few people I’d heard in 15 years of attending marketing conferences who talked in plain English about something he clearly, at his core, believed to be true and valuable.”

Chris and Dave stayed in touch and when SAS decided to solicit advice about the social media world from an outside expert, it was natural to ask Chris and his colleagues at New Marketing Labs, Justin Levy and Colin Bower.

According to Dave, “It’s been a very positive relationship. I’ve been a client before and also a consultant and it’s rare to find that sort of relationship where both sides feel like equal participants, respect one another equally and are getting equal value.”

While Chris was at our headquarters in Cary, NC, Deb Orton sat down with him for a short interview session. There are six videos in all, and over the next few days I'll post each of them.

But before we get to the first video, I want to leave you with a closing comment from Dave: “In a few years we might not be talking about ‘social media’ anymore, and certainly the tools we’re using today will have changed. But at the core of social media is a new way of communicating, a new way of relating to one another and combining the personal and the professional in the best kind of way. Chris shows us every day how that should work.”

Enjoy this video series. And stay tuned. In the coming months we will continue this series with new interviews from SAS practitioners.

Chris Brogan Talks About His Book "Trust Agents" and Social Media.
SAS' Deb Orton interviews Chris Brogan of New Marketing Labs. Chris discusses: why he and Julien Smith wrote the book "Trust Agents", what is a "trust agent" and how to establish a social media "listening post". 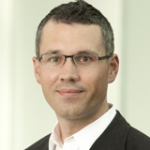