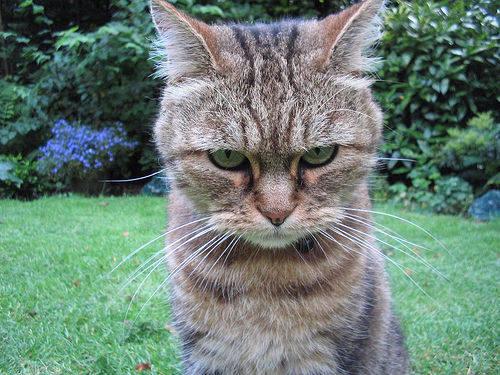 There's a paradox in my involvement in social media that people who know me well will understand: Often I don't want to know what most people are thinking. For instance, the absolute nadir of human communication is occurring in the comments sections of YouTube and local news sites. I avoid them as much as possible.

I had a moment this weekend with Facebook that showed me a future I find as unpleasant as it is likely. Facebook is essentially becoming the shadow Internet, from email and chat within the site to photo and video sharing to applications and the ability to share links. More is no doubt on the way, all geared toward keeping people on the site as much as possible.

I still remember the first time I was shocked by someone's callousness on the Internet, in the mid '90s. A relative of a Lockerbie victim said in a forum he was sure those who died in that crash were all in heaven, and someone argued with him. I felt shocked and saddened that someone within what I had previously seen as a polite and supportive community would go out of her way to say something pointlessly hurtful.

I'm seeing inklings of that on Facebook now. The first (very mild) one for me was several months ago when someone I've friended on Facebook but don't really know challenged a comment I'd made about music by admonishing me to have a more open mind. I was a bit taken aback. Anyone who actually knows me will tell you my musical mind is pretty darn open. Put my iPod on shuffle and you might get Icelandic rap, John Coltrane, vintage Chapel Hill punk, '70s African funk or Erik Satie.

Today while looking at posts from two of my (actual, real-world) friends, I read comments to their posts, made by people I don't know, that really annoyed me. I won't go into the details but the comments were smug, confrontational and ideological in nature. They were basically written to scold the person for not thinking the way they did.

I'm also more than a little worried about the petitions to create a "Dislike" button. I'm sure a lot of people will use it to say, for instance, "I'm sorry your car broke down in Boise," but a lot will see it as the "I disagree with you" button. How can making that quick and easy contribute to a more positive discourse?

I know I can unfriend people and hide comments, but I don't think there's any way I can keep from seeing your jerky friends' comments. Maybe we all need to agree to unfriend jerks. I'm just dismayed that, like I had to do with the Internet 15 years ago, I now have to come to terms with the fact that Facebook isn't a big party of like-minded, polite, well-meaning people. It's a microcosm of reality, and we'll have to get better at filtering out the realities we don't want.

Inevitable, yes, but a shame nonetheless.