Lots of people make grand (and often unrealistic) predictions about social media and where it's going. David Armano from the Dachis Group has a very practical, believable set of predictions on the Harvard Business blog. Worth reading.

He's spot on about social media becoming less "social," and I've been predicting that as well. As more and more companies get involved in social media (and spammers, and scammers) more people will find ways to filter them out. It's just like in the early days of the Web. The early adopters and purists will be scandalized and rail against the commercialization, and the rest of us will get on with it. 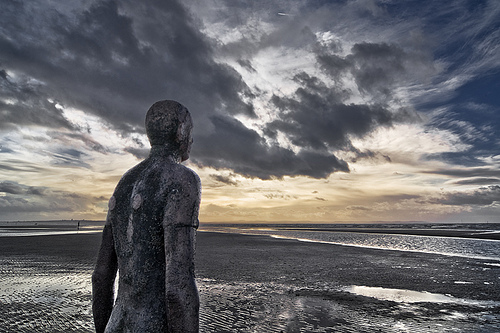 Scaling social media will be a big issue for corporations, according to David, and SAS is no exception. We're working on our social network strategy, figuring out what our global corporate presence should look like in places like Facebook and LinkedIn.

The next step is Twitter. I've been giving a lot of thought lately to the challenge of maintaining Twitter presences for an 11,000-employee organization. In 2010 we're going to need some strategies for breaking it down into manageable chunks and figuring out who's going to do it.

I like David's ideas about making social media more fun, too. That's something companies will need to take into account. Again, as in the early days of the Web, the novelty of social media will wear off as more and more people become involved. It won't be enough to just be there; we'll need to make it fun to come find out what we're saying.

In traditional marketing communications, that meant contests. In social media marketing, it means a lot of other things as well, like quizzes and games and interacting with other people and videos and that are actually funny. SAS has a very engaged, smart and active user community. What could we do in social media to give them an outlet for their enthusiasm, intellect and wit, and do it in a way that attracts other people to the party?

David also predicts that "your company will have a social media policy," and I'm glad we're on top of that one, having released ours internally in June. The more people I speak to in positions like mine, the more I realize that SAS is actually a bit ahead of the game in that regard, although we still have a lot to do in terms of communicating our guidelines internally and sharing best practices.

David's prediction that "mobile becomes a social media lifeline" refers to the fact that a large number of companies block social media participation by employees. When I hear that, I'm reminded of John Gilmore's quote, "The Net treats censorship as damage and routes around it." If a company blocks employee access to Twitter or Facebook, are they going to confiscate their mobile phones at the door? I'm glad SAS has a more enlightened and trusting policy.

The final prediction that "sharing no longer means e-mail" is extremely relevant for companies as well. David says it will become "more mainstream for people to share with networks what they used to do with e-mail lists." Those "share this" links at the bottom of web pages and blog posts will - and should - become ubiquitous. It doesn't do you any good to create great content if people can't find it and can't pass it along. And yes, I realize I don't have one on this blog.

I'm also working on a summary of the key themes I picked up from a few recent conferences that will look at trends as well. Keep your eyes open for that. In the meantime, what are your predictions?