Recently I speculated about the future audience I'll be talking with in 20 years. Despite being someone who thinks on a daily basis about communicating as a brand, I think that mindset is on the way out. I don't mean we shouldn't have brand standards and think about how our communications reflect on our company, or try to have consistent messages and useful content. I mean that in 20 years, the idea of a company will be completely different.

My father's generation responded well to the idea of a corporate entity. And no wonder; the military/industrial complex had just defeated the Nazis. What was good for General Motors really was good for America. They still firmly believed you could work for a corporation your entire life and the corporation would take care of you. My generation knows that ideal is nearly gone. My son's generation will probably see it as quaint as dial phones. 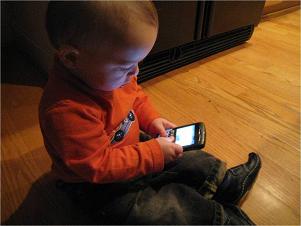 Each succeeding generation has responded differently to the idea of corporate perfection. Will future generations respond better to brands, or to people? At the Society for New Communications Research's NewComm Forum, Dr. Mihaela Vorvoreanu from Clemson gave us the results of her survey of college students and how they relate with brands on Facebook. The gist: "Being friended by a corporation is creepy."

People these days react poorly to "Mistakes were made" and positively to "We screwed up." Why? Because we can relate to other people screwing up, because we've all screwed up. And we can forgive that. Maybe we expect companies to be perfect, but we expect people to be human.