Sequence models, especially recurrent neural network (RNN) and similar variants, have gained tremendous popularity over the last few years because of their unparalleled ability to handle unstructured sequential data. The reason these models are called “recurrent” is that they work with data that occurs in a sequence, such as text data and time stamped data. In this blog post, I’ll be focusing on text data as an example. I hope to write more blog posts about other interesting applications using an RNN later, so tell me the applications you want to see discussed next in the comments.

RNN models are good at modeling text data because they can identify and “remember” important words in a sentence easily, such as entities, verbs, and strong adjectives. The unique structure of RNNs evaluate the words in a sentences one-by-one, usually from the beginning to the end. It uses the meaning of the previous word to infer the meaning of the next word or to predict the most likely next word.

“Friendly bartenders and a beautiful view.”

This sentence has six words and it is obviously positive. RNNs parse the training data as:

The diagram below shows the processing flow for the example sentence. \(h_0\) contains a set of initial values of parameters that will be updated step-by-step. \({A}\) represents parameters inside a hidden node, such as weights and biases. \(x_1\), which is vector representation of the word “friendly” and \(h_0\) together are used to calculate \(h_1\), \(x_2\) and \(h_1\) together are used to calculate \(h_2\), ... and so on. In the last step, the result of \(h_6\) is mapped to binary output (positive, negative). We will cover the details of the process later.

Note that the customer review data set likely contains many reviews written by different people. The review in the example above contains 6 words, but other reviews could contain fewer (or more) words. An RNN can analyze varying length input which is an advantage over traditional neural networks and other machine learning models.

Sentiment classification is a typical “many-to-one” problem, since there are many inputs (words in a sentence), but only one output (the sentiment). RNN can also handle other types of problems, such as one-to-one, one-to-many, and many-to-many. For example, translation is a many-to-many problem that translates many words in a language to many words in another language.

Next let’s look at what is inside the RNN hidden neurons, in other words, the \(h_i\) and \({A}\). As we’ve stated, there are many types of RNN. For this example, let’s start from the simplest form.

In the simplest case, \(h_i\) is a set of parameters which only contain cell state information. Hidden neuron \({A}\) contains weights, \(W_h\) and \(W_x\), and a bias term \(b_h\). The weights and forward propagation is conducted first in order to determine the error signal at the output of the network, then the weights/biases are updated using back propagation. Also, RNNs typically use a special form of backpropagation called “backpropagation through time” (BPTT). Please note that the weights and biases are the same in every step, and that is part of the reason the model is called recurrent. \(h_t\) is updated by the following equation in each hidden neuron \({A}\). The " \(\cdot\) " here means matrix multiplication. " * " in later equations means element-wise multiplication.

In the example of sentiment analysis, there is only one output from a sequence, the sentiment class, \(y\). Its probability distribution is calculated by a sigmoid function based on the final cell state, \(h_t\).

A major drawback in a basic RNN occurs when the sequence is very long, which causes problems of exploding gradients and vanishing gradients. I’m not going to talk about technical details of those problems here, but they make the numerical optimization very slow and very inaccurate, and sometimes do not even converge. Since the Yelp reviews include many long sequences of text, we will use a gated RNN in our analysis.

A gated recurrent unit is a popular variation of RNN. It has a simple structure and is easy to tune and use. It is much better than the basic form in handling long term memories and small data sets. The only modification it makes on a basic RNN is adding two “gates” to the previous basic RNN structure, an “update” gate, \(u_t\) and a “reset” gate, \(r_t\).

The “gates” essentially control how much previous information is used in the current hidden neuron. For example, they might ignore unimportant words like “a” and “the” from carrying through for analysis. Or they can put more weight on words that carry more value for sentiment. Their values are continuous between 0 and 1.

The two gates are calculated by the following two equations.

The output y is calculated in the same way as simple RNN. In the case of sentiment analysis, the probability distribution of the sentiment class, \(y\) is calculated by a sigmoid function based on the final cell state, \(h_t\).

The long short-term memory model (LSTM) has one more gate than GRU. GRU only has two gates, while LSTM has three gates: the forget gate, input gate and output gate. LSTM splits the update gate in GRU to forget gate and input gate, and replaces the reset gate by output gate.

LSTM has a more complicated structure, thus it’s more flexible than GRU. It usually takes a longer time in tuning. The gates are calculated using the following equations. Please note that these equations are without “peephole” connections. Some practitioners prefer a LSTM variant with “peephole” connections, which add cell states information to all or some of the sigmoid functions in the following equations.

Because of the additional forget gate, LSTM splits the cell state into two sequences \(C_t\) and \(h_t\) The following diagram describes how the example review, “Friendly bartenders and a beautiful view” works in LSTM.

Please note that LSTM was proposed much earlier than GRU. The only reason we introduce GRU before LSTM is that GRU is easier to understand for beginners.

Finally, let’s see a real example using GRU to detect sentiment in Yelp reviews. This example uses Python code for the GRU model but SAS Viya also supports R, Java, Lua and, of course, SAS code. You can find the entire notebook in Github. There is also an R version here. In the blog, I am going to focus on only the most relevant code snippet – defining the RNN model architecture.

In this example, a GRU model is used as specified by the option "rnnType." Other RNN layer types "LSTM" and "RNN" are available.

In layers rnn11 and rnn21, reverse = True is specified, and that makes the GRU bi-directional. Specifically, layers rnn11 and rnn21 are in the reverse direction, which means the model scans the sentence from the end to the beginning, while rnn12 and rnn22 are in the common forward direction. Therefore, the state of a neuron is not only affected by the previous words, but also the words after the neuron.

Thank you to Doug Cairns for his tremendous help in the technical review and editing of this blog post. 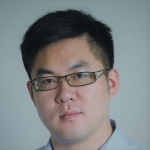