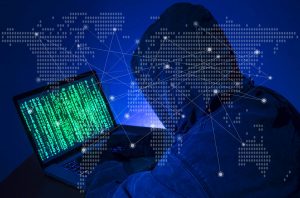 Identity thieves would love to get their hands on your health records. © Getty Image

While rarely this brazen or widespread, these techniques represent a few of the common ways fraudsters cheat the system, driving up the cost of healthcare for the rest of us.

While we all fear losing a credit card or having someone grab a bank statement from our mailbox, there is something fraudsters covet far more. Healthcare fraud has become so profitable that a single medical record now sells for 50 times more than a credit card on the dark web, according to ClearDATA Chief Privacy and Security Officer and Founder Chris Bowen. The nine pharmacists charged in the fraud scheme had legitimate access to this information, and allegedly abused it.

Health information is a gold mine for fraudsters and identity thieves

The primary reason behind the value of medical records is their lifespan. A stolen credit card is quickly reported and shut down by banks. One suspicious charge is usually enough to alert the financial institution and/or consumer and freeze the account. In fact, between skimmers and data breaches, banks and consumers have become so used to dealing with the problem (3.2M times in 2019) that a new card is typically back in the consumer’s hands in a couple days and the damage is minimized.

Medical records, on the other hand, have long lifespans, and the information is persistent. A single record can include a Social Security number, member ID, provider ID, plan information and more. In the hands of a bad actor physician, this is all the information they need to bill your health plan. In cases of Medicaid or Medicare fraud, the situation is often even worse as the individual may be elderly, have mental health issues, or simply not be able to pay their bills. They may not look closely at the information they do receive, if at all.

In these cases, the burden of uncovering the fraud falls to government agencies, which simply don’t have the budgets of global financial institutions. To make the most of the money they do have, governments have started to turn more towards automation and analytics to fight fraud faster and stop payment before money goes out the door. To that end, SAS has developed over 1400 fraud detection algorithms that run automatically on new data to generate leads for law enforcement and detect bad actors before money goes out the door.

International Fraud Awareness Week is an excellent reminder for all of us to do our part in fighting healthcare fraud.  Look carefully over healthcare statements and ensure they match the services you or your dependents received. Protect your health insurance ID card like you would a credit card. Report any suspicious behavior or billing statements to the appropriate authorities.

Mike Pflug is a Government and Healthcare Advisory Architect for the Security Intelligence Practice at SAS. Mike brings 15 years of experience and passion to helping government health and human services agencies use analytics to reduce costs and improve the quality of the services they provide to citizens. An expert in data warehousing, Mike has helped over forty states and several federal agencies modernize their analytic systems through the application of technology and processes. An author of several best practice papers on data management, Mike holds a masters in computer science from Rensselaer Polytechnic Institute and an MBA from the University of Michigan.