“We could send a juvenile justice youth to Harvard for what we pay for incarceration, and we don't get very good outcomes.”

That was said by Gladys Carrion when she was Director of the New York State Office of Children and Family Services. (She’s now Commissioner of NYC Administration for Children's Services.)

The annual cost of juvenile confinement averages $140K, more than 3.5 times more than the typical college tuition (not Harvard’s, of course.) And, ironically, one of the things a former juvenile delinquent likely won’t have to worry about is college tuition. Youth with juvenile justice involvement are 39% less likely to graduate high school and 41% more likely to enter the adult criminal justice system.

Despite a more than 40% reduction in juvenile incarceration since 2002, the United States still imprisons more juvenile delinquents, by far, than any other country. Despite steps in the right direction, many questions must still be asked and answered by juvenile justice leaders, policy makers, judges, advocates, etc.

Because here’s the startling reality about incarcerated youth:

And here’s the reality about the system that incarcerates them:

If we know this, why aren’t states taking a more research-based and data-driven approach to addressing the problem? Fortunately, at least one is.

Based on what they learned, OYA created the Youth Reformation System, which is designed to inform decisions, measure outcomes, and improve accountability. Using advanced analytics, Oregon has improved the accuracy of population forecasting, identified the placement and service interventions with the highest probability of success, and evaluated program effectiveness.

Actuarial risk and needs assessment tools that are widely used in the industry provide good information, but do not accurately assess risk of recidivism and/or violence. In discussions with a recent state Juvenile Justice leader, she stated that “we could get better accuracy from flipping a coin”. Another state leader noted that 90% of youth were assessed as being high risk. However, 75% of those kids were either charged as minors (status offenders) or with misdemeanors and, generally, those kids are not a high-risk to re-offend!

I look forward to more discussions with state and local juvenile justice agencies as they use analytics to put young people on a path towards positive outcomes, even Harvard! 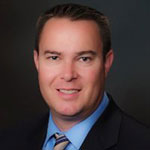