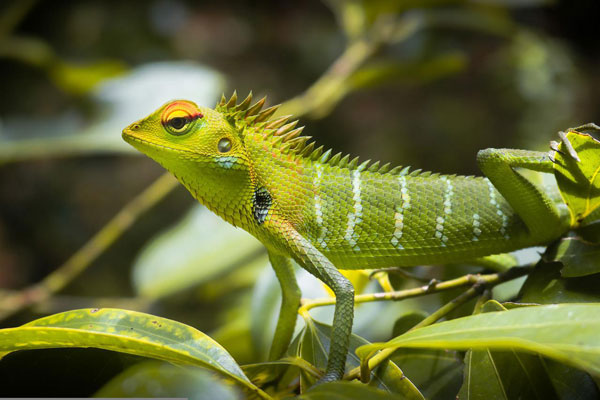 In order to protect the Production (or Operation) environment from unforeseen disruptions, these stages are usually implemented in their own separate environments. Sometimes, Development and Testing environments are combined into a single Development environment, which just treats Testing as an integral part of the Development stage.

(For brevity of the further narrative, we will use the two-stage process/environment paradigm, which can be easily expanded as needed.)

During the software development life cycle, when our programming modules are designed and built (developed), tested, validated and have proved to reliably produce the desired results, we promote (transition) them from Dev to the Prod environment.

The software promotions are often managed by change control procedures adopted by your organization.

However, no matter how strict the change control procedures are or how scrupulously we conduct testing and promotion from Dev to Prod, we must recognize the limitations of this paradigm. The alternative would be a fallacy of dreams in “wishful thinking” territory.

If a software is validated and reliably works in Dev, it is guaranteed that it will work just fine in Prod and therefore no testing in Prod is required.

Although a thorough testing in Dev will keep failures in Prod to a minimum, it cannot completely eliminate them or guarantee your code’s success when running in Prod. Even if a promoted module does not require even a single change and you just copy it from Dev to Prod, there are still many possibilities that it will not work properly in Prod. Consider potential environmental differences such as data sources (structures and access), file system permissions and SAS metadata groups and permissions.

You will need to account for these environmental differences and still conduct some testing in Prod to make sure that the environment itself does not break your code/software.

When software is developed, tested and validated in Dev, promoting it to Prod is just a matter of copying it from Dev to Prod without any changes/adjustments.

However, in actuality, again environmental differences may require adjusting your code for the new environment. For example, data sources and data targets may have different library names or library references, or different directories or files names. If your application automatically sends out an email to a distribution list of your application users, you most likely will have different distribution lists in Dev vs. Prod.

Therefore, you cannot say that for promotion from Dev to Prod you can just copy your software. At least that is not true for that configuration file.

This reality makes the promotion process quite sensitive and susceptible to errors. Besides, we must maintain two versions of the application (Dev and Prod) and make efforts not to mix them up and not overwrite each other.

Adaptability is the ability to adjust to different environments, much like a chameleon changes its color to better blend into its surroundings.

If we can develop a program that automatically adjusts itself to run in either the Development or Production environment, it would mean that we have found a solution making Dream 2 a reality.

You can copy such a program between the environments back and forth and you don’t need to change a thing in it. Because it is identical in both, Dev and Prod.

You can even store a single version of this adaptive program in a centralized shared location and access it to run by either the Development or Production server. This holds true even though these environments may use different data sources, different data targets, different email distribution lists…

The key for such an implementation is the program’s self-awareness when it knows which environment it is running in, and based on that knowledge adapts to the environment by adjusting its configuration variables.

But these are just words of make-believe promises. Let’s get to the proof.

Identifying the environment your SAS program runs in

Suppose you have SAS software installed in the following two environments:

The key here is the SYSHOSTNAME automatic macro variable that the SAS System conveniently makes available within any SAS session. It contains the host name of the computer that is running the SAS program. In our adaptive program, &SYSHOSTNAME macro variable reference will be equal to either DEVSRV or PRODSRV depending on which environment our program runs in.

Making a SAS program adapt to the Development or Production environment

Now, when our program knows its running environment, we can make it adjust to that environment.

Let’s consider a simplified scenario where our program needs to do the following different things depending on the running environment.

1. Read a source data table SALES from a metadata-bound library:

2. Produce target Excel file, report.xlsx and save it a specified directory on a non-SAS machine:

3. Send out an email to a distribution list (contact group) of users when the report is ready:

As you can see, in the configuration section we conditionally set various macro variables (including &tolist distribution list) and global options depending on where this code runs, in Dev or Prod, determined by the &SYSHOSTNAME macro variable. For unauthorized &SYSHOSTNAME values, we write a relevant message to the SAS log and terminate the SAS session.

Based on these conditionally defined macro variables and libref, in the remaining sections, we:

You can wrap this configuration section into a macro and store it as a separate file; then the main program would just invoke this macro. In either case, the code achieves total environmental awareness and naturally, logically adapts to the environment in which we designed it to function.

This adaptive coding approach ensures 100% equality between Dev and Prod code versions. In fact, the two versions of the code are identical. They are self-contained, self-reliant, and do not require any adjustments during promotion throughout the development life cycle. You can copy them from one environment to another (and vice versa) without fear of accidentally wiping out and replacing the right file with the wrong one.

Can we say that this implementation makes Dream 2 come true?

Testing in the Production environment

Notice a little section dubbed /* adjust email distribution list based on test_trigger_YYYYMMDD.txt file existence */ within the Production Server logic. It allows for triggering a test run, in this case by limiting the scope of email distribution in Prod. Just plant / create a file named test_trigger_YYYYMMDD.txt in a specified location &projpath and run your code on a desired test date YYYYMMDD.  You can delete this file afterwards if a full-scale run is scheduled for the same date or otherwise keep it for future reference (it becomes “harmless” and irrelevant for any other dates). You can use the same trigger file tactic to modify other parts of your code as needed in both Prod and Dev.

Even though this feature does not make Dream 1 come true, it does alleviate its Reality.

Do you find this blog post useful? Do you have questions, concerns, suggestions, or comments? Please share with us below in the Comments section.