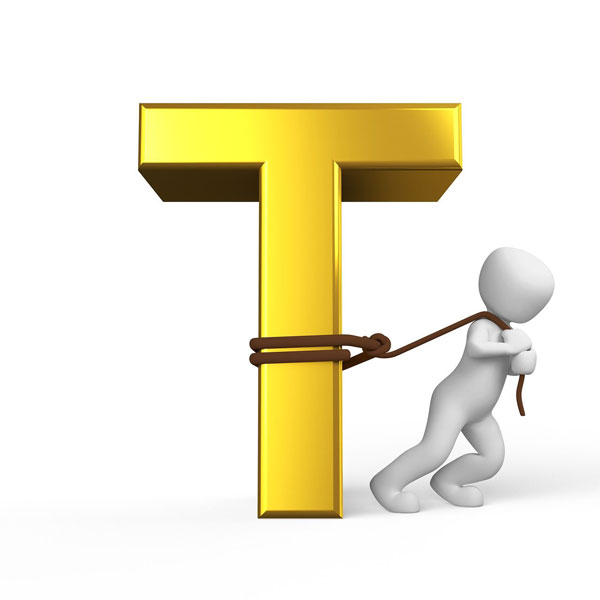 In this blog post we are going to tackle a data cleansing task of removing unwanted repeated characters in SAS character variables.

Character repetition can stem from various stages of data life cycle: from data collection, to data transmission, to data transformation. It can be accidental or intentional by design. It can be sporadic or consistent. In either case, it needs to be addressed by robust data cleansing processes to ensure adequate data quality that is imperative for the data usability.

Example 1. Data entry, especially manual data entry, can be a high-risk factor for accidental character duplication. Have you ever pressed a key on your computer keyboard for a bit longer than intended, so it started automatically typing multiple characters??????????????? 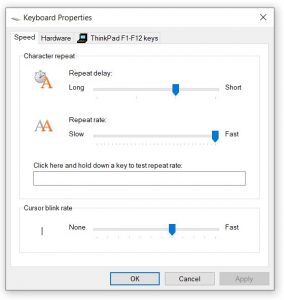 Tip: You can adjust your Keyboard Properties to control “Repeat delay” and “Repeat rate” settings (on Windows computer, search for “Keyboard” and click on Keyboard in Control Panel).

Example 2. Recently, I had to deal with the data that contained multiple consecutive double quotation marks all over the character string values. Even though we don’t know the exact cause of it, still for each of these duplicated quotation marks occurrences we needed to replace them with a single quotation mark.

There is a very useful COMPBL() function in SAS that removes multiple consecutive blanks from a character string replacing them with a single blank.

Let’s use the COMPBL function as a prototype and create our own user-defined function that will do what COMPBL does to the blanks but extend its functionality to other characters.

Based on the approach described in a blog post Removing unwanted characters from text strings by Amadeus Software we developed a prototype using TRANWRD() function that replaces any two equal characters with a single one. Instead of creating a function for replacing a specific character and calling it recursively, we placed the TRANWRD function in a loop that iterates while there are any two repeated characters are found. Here is the code illustrating this approach:

This code will produce the following in the SAS log:

which shows that this approach correctly un-duplicates the source string removing and replacing all repeated characters (commas in our example) with a single one.

Let’s use PROC FCMP to build a user-defined function UNDUPC (str, clist) where the two required arguments are:

The following code will create such a function:

Since our user-defined function is permanently stored in the location specified in the outlib= option of the proc fcmp, now we can easily use it in any SAS session as in the following example:

This code will remove and replace all repeated sequences of characters ' ', ',', '"', ']', and '['. The order of these characters listed in the second argument doesn’t matter. Here is what we get:

As you can see, we get what we wanted including the functionality of the COMPBL function.

variable y will have the length attribute $99 implicitly inherited from the x variable.

In PROC CFMP function, you can either assign the length attribute to a character variable explicitly with LENGTH or ATTRIB statement (as we did by using length x $32767 ), or it will be set to $33 if you use any other way of implicit assignment. (I leave it up to you guessing why 33 and why not any other number.) Since we wanted to accommodate SAS character strings of any length, we had to explicitly assign our interim variable x length attribute the maximum valid value of $32767. This will inevitably take tall on the function performance as we will have to process longer strings.

However, we can avoid this issue by using CALL routine instead:

This code is very similar to the user-defined function above with a slight difference. Here, x variable is listed as an argument in the subroutine definition and refers to a SAS data step variable whose length attribute is assigned in the calling data step. Unlike SAS function, SAS subroutine does not return a value; instead, it uses OUTARGS statement that specifies arguments in an argument list that you want a subroutine to update.  Therefore, we don't need to assign the length attribute to x within the subroutine, we just place x in the OUTARGS statement. Here is how you would invoke a user-defined CALL routine instead of a function:

Notice, that now we control and define the length attribute of the third argument in the calling program, not in the CALL routine itself. And we get the same results as with the UNDUPC function above.

You can create and have both, user-defined function and call routine with the same name. However, to avoid confusion (and errors) do not store their definitions in the same data table (outlib= option of the PROC FCMP). If they are stored in the same data table, then when used in a DATA step, SAS will pull the latest definition by its name only and that may not be the entity you want.

To compare performances of the UNDUPC function vs UNDUPC subroutine we created a rather large data table (1 Million observations) with randomly generated strings (1000 characters long):

Then we ran the following 2 data steps, one using the undupc() function, and the other using undupc() call routine:

A quick SAS log inspection reveals that CALL UNDUPC works as much as 3 times faster than UNDUPC function (10 seconds vs. 30 seconds). The time savings may vary depending on your data composition and computing environment, but in any case, if you process high volumes of data you may consider using CALL routine over function. This is not a blanket statement, as it only pertains to this particular algorithm of eliminating character repetitions where we had to explicitly assign the highest possible length attribute value to the interim variable in the function, but not in the CALL routine.

When we reduced declared length of x from $32767 to $1000 within the user-defined function definition its performance became on par with the CALL routine.

Have you found this blog post useful? Would you vote for implementing UNDUPC as a native built-in SAS function? Please share your thoughts and feedback in the comments section below.