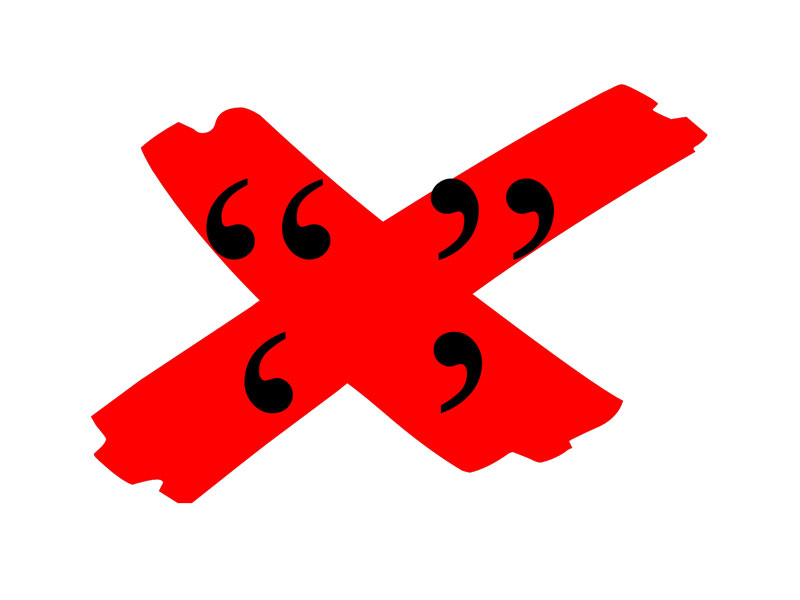 You may also like: Using Microsoft Excel functions in SAS

This function goes even further as it doubles any quotation mark that already existed within the value to make sure that an embedded quotation mark is escaped (not treated as an opening or closing quotation mark) during parsing.

There is also a complementary DEQUOTE function that removes matching quotation marks from a character string that begins with a quotation mark. But be warned that it also deletes all characters to the right of the first matching quotation mark. In my view, deleting those characters is overkill because when writing a SAS program, we may not know what is going to be in the data and whether it’s okay to delete its part outside the first matching quotes. That is why you need to be extra careful if you decide to use this function. Here is an example of what I mean. If you run the following code:

you will get the following in the SAS log:

y=This is what you get. Let

This is hardly what you really wanted as you have just lost valuable information – part of the y character value got deleted: 's be careful. I would rather not remove the quotation marks at all than remove them at the expense of losing meaningful information.

The $QUOTE informat does exactly what the DEQUOTE() function does, that is removes matching quotation marks from a character string that begins with a quotation mark. You can use it in the example above by replacing

with the INPUT() function

Or you can use it directly in the INPUT statement when reading raw data from datalines or an external file:

Both, $QUOTE informat and DEQUOTE() function, in addition to removing all characters to the right of the closing quotation mark do the following unconventional, peculiar things:

If the described behavior matches your use case, you are welcome to use either $QUOTE informat or DEQUOTE() function. Otherwise, please read on.

Up to this point such a function did not exist, but we are about to create one to justify the title. Let’s keep it simple and straightforward. Here is what I propose our new unquote() function to do:

To summarize these specifications, our new UNQUOTE() function will extract a character substring within matching quotation marks if they are the first and the last non-blank characters in a character string. Otherwise, it returns the character argument unchanged.

Here is how such a function can be implemented using PROC FCMP:

Here are the highlights of this implementation:

We use multiple RETURN statements: we sequentially check for different special conditions and if one of them is met we return the argument value intact. The RETURN statement does not just return the value, but also stops any further function execution.

At the very end, after making sure that none of the special conditions is met, we strip the argument value from the matching quotation marks along with the leading and trailing blanks outside of them.

UNQUOTE() function will extract a character substring within matching quotation marks if they are the first and the last non-blank characters in a character string.

NOTE: SAS user-defined functions are stored in a SAS data set specified in the outlib= option of the PROC FCMP. It requires a 3-level name (libref.datsetname.packagename) for the function definition location to allow for several versions of the same-name function to be stored there.

However, when a user-defined function is used in a SAS DATA Step, only a 2-level name can be specified (libref.datasetname). If that data set has several same-name functions stored in different packages the DATA Step uses the latest function definition (found in a package closest to the bottom of the data set).

Let’s use the following code to test our newly minted user-defined function UNQUOTE():

This code produces the following output table B: 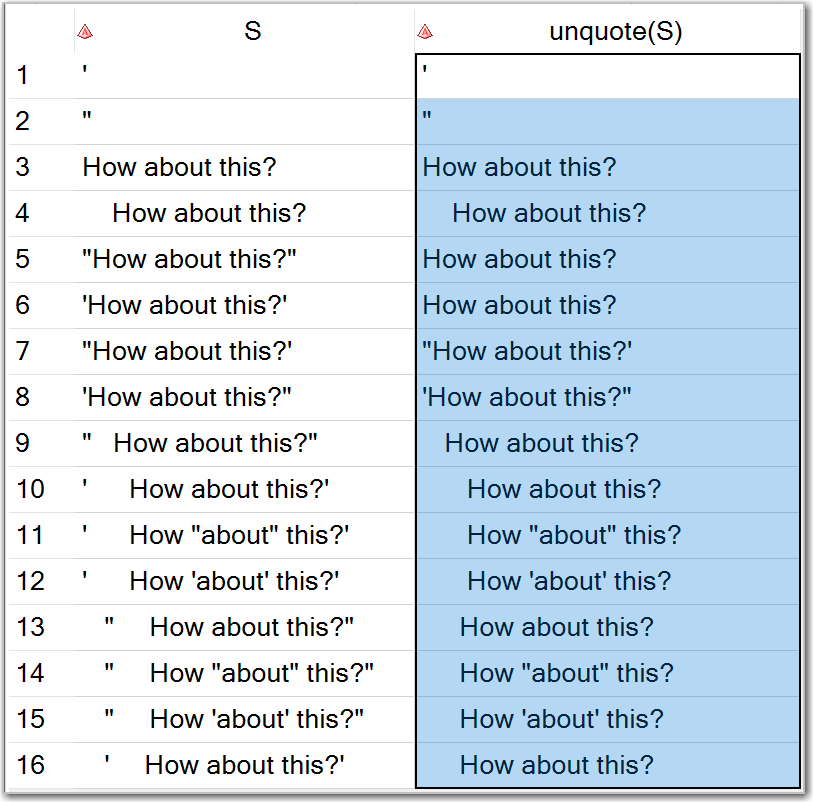 As you can see it does exactly what we wanted it to do – removing matching first and last quotation marks as well as stripping out blanks outside the matching quotation marks.

This INFILE statement’s option is particularly and extremely useful when using LIST input to read and un-quote comma-delimited raw data. In addition to removing enclosing quotation marks from character values, the DSD option specifies that when data values are enclosed in quotation marks, delimiters within the value are masked, that is treated as character data (not as delimiters). It also sets the default delimiter to a comma and treats two consecutive delimiters as a missing value.

Have you found this blog post useful? Please share your use cases, thoughts and feedback in the comments below.