In my new book, End-to-End Data Science with SAS: A Hands-On Programming Guide, I use the 1.5 IQR rule to adjust multiple variables.  This program utilizes a macro that loops through a list of variables to make the necessary adjustments and creates an output data set.

One of the most popular ways to adjust for outliers is to use the 1.5 IQR rule. This rule is very straightforward and easy to understand. For any continuous variable, you can simply multiply the interquartile range by the number 1.5. You then add that number to the third quartile. Any values above that threshold are suspected as being an outlier. You can also perform the same calculation on the low end. You can subtract the value of IQR x 1.5 from the first quartile to find low-end outliers.

The process of adjusting for outliers can be tedious if you have several continuous variables that are suspected as having outliers. You will need to run PROC UNIVARIATE on each variable to identify its median, 25th percentile, 75th percentile, and interquartile range. You would then need to develop a program that identifies values above and below the 1.5 IQR rule thresholds and overwrite those values with new values at the threshold.

The following program is a bit complicated, but it automates the process of adjusting a list of continuous variables according to the 1.5 IQR rule. This program consists of three distinct parts:

Notes on the outlier adjustment program:

This program might seem like overkill to you. It could be easier to simply adjust outlier variables one at a time. This is often the case; however, when you have a large number of outlier variables, it is often beneficial to create an algorithm to transform them efficiently and consistently 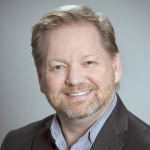