Generating a word cloud (also known as a tag cloud) is a good way to mine internet text. Word (or tag) clouds visually represent the occurrence of keywords found in internet data such as Twitter feeds. In the visual representation, the importance of each keyword is denoted by the font size or font color.

You can easily generate Word clouds by using the Python language. Now that Python has been integrated into the SAS® System (via the SASPy package), you can take advantage of the capabilities of both languages. That is, you create the word cloud with Python. Then you can use SAS to analyze the data and create reports. You must have SAS® 9.4 and Python 3 or later in order to connect to SAS from Python with SASPy. Developed by SAS, SASPy a Python package that contains methods that enable you to connect to SAS from Python and to generate analysis in SAS.

The first step is to configure SASPy. To do so, see the instructions in the SASPy Installation and configuration document. For additional details, see also the SASPy Getting started document and the API Reference document.

Generating a word cloud with Python

The example discussed in this blog uses Python to generate a word cloud by reading an open table from the data.world website that is stored as a CSV file. This file is from a simple Twitter analysis job where contributors commented via tweets as to how they feel about self-driving cars. (For this example, we're using data that are already scored for sentiment. SAS does offer text analytics tools that can score text for sentiment too -- see this example about rating conference presentations.) The sentiments were classified as very positive, slightly positive, neutral, slightly negative, very negative, and not relevant. (In the frequency results that are shown later, these sentiments are specified, respectively, as 1, 2, 3, 4, 5, and not_relevant.) This information is important to automakers as they begin to -design more self-driving vehicles and as transportation companies such as Uber and Lyft are already adding self- driving cars to the road. Along with understanding the sentiments that people expressed, we are also interested in exactly what is contributors said. The word cloud gives you a quick visual representation of both. If you do not have the wordcloud package installed, you need to do that by submitting the following command:

After you install the wordcloud package, you can obtain a list of required and optional parameters by submitting this command:

Analyzing the data with SAS®

After you create the word cloud, you can further analyze the data in Python. However, you can actually connect to SAS from Python (using the SASPy API package), which enables you to take advantage of SAS software's powerful analytics and reporting capabilities. To see a list of all available APIs, see the API Reference.

The following steps explain how to use SASPy to connect to SAS.

As you can see from the responses in the word cloud, it seems that the contributors are quite familiar with Google driverless cars. Some contributors are also familiar with the work that Audi has done in this area. However, you can see that after further analysis (based on a subset of the data), most users are still unsure about this technology. That is, 74 percent of the users responded with a sentiment frequency of 3, which indicates a neutral view about driverless cars. This information should alert automakers that more education and marketing is required before they can bring self-driving cars to market. This analysis should also signal companies such as Uber Technologies Inc. and Lyft, Inc. that perhaps consumers need more information in order to feel secure with such technology. 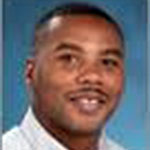