When a Visual Analytics 8.3 report moves on a screen from one page to the next – all by itself, without a human hovering over a keyboard – you're seeing the Report Playback feature of SAS Visual Analytics Viewer 8.3 in action.

Playable dashboards are easy to create and use. But let's ponder for a moment: Why would you want to set your report in motion? You might want it to scroll automatically:

If the intent is to let the report run on its own in a kiosk or a booth, be mindful that such environments require information to move fast. Those watching the playable dashboard expect to grasp key facts and figures quickly. Time is of the essence.

A short attention span benefits from a report design whereby each report page contains one report object that quickly conveys the essence of the message in a few seconds. If you use a complex report design with multiple report objects and a small font, chances aren't good that your audience will absorb meaning from your report.

Any report object (for example, scatter plot) that requires your user to first look at the legend and then comprehend the data in the graph would be unsuitable for playable dashboards that are set to move at a fast rate, such as three or four seconds per page.

Example of a playable dashboard

I designed a report to illustrate carbon dioxide (CO2) emissions for 20 countries. I added five report objects that are easy to comprehend in about five seconds (a subjective estimate, of course.) I also added a scatter plot and geomap with legends that are challenging to comprehend to illustrate why report objects with legends can be unsuitable for a playable dashboard!

For the scatter plot, the presenter would have to expand the legend tooltip to show the legends for the country data in that report object – not realistic in a fast-paced dashboard. In the geomap, the audience needs to look at the legends at the bottom (icons, colors, etc.) and associate that legend with the display in the graph. That’s a lot of brain activity for five seconds – unrealistic. It makes sense, then, to use report objects here that don’t depend on user comprehension of legends to understand the data.

When the scatter plot or geomap is displayed, notice how it’s hard to comprehend such report objects in five seconds. In such a short timeframe, it's impossible to process legends and the data, all at once.

How to Create a Playable Dashboard in the Web-based Viewer

b. Seconds per unit – I chose to display each page for five seconds.

c. Show canvas only – I chose this option because it hides the report control area, page tabs, and page controls for a nicer look.

d. Show timer – This option would display a countdown for each page or object transition. I did not choose this option.

Finally, I save and exit, and the playable dashboard begins to play on my monitor screen. 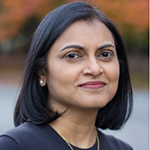