Are you interested in using SAS Visual Analytics 8.2 to visualize a state by regions, but all you have is a county shapefile?  As long as you can cross-walk counties to regions, this is easier to do than you might think.

Here are the steps involved:

Obtain a county shapefile and extract all components to a folder. For example, I used the US Counties shapefile found in this SAS Visual Analytics community post.

Note: Shapefile is a geospatial data format developed by ESRI. Shapefiles are comprised of multiple files. When you unzip the shapefile found on the community site, make sure to extract all of its components and not just the .shp. You can get more information about shapefiles from this Wikipedia article:  https://en.wikipedia.org/wiki/Shapefile.

Run PROC MAPIMPORT to convert the shapefile into a SAS map dataset.

Use PROC GREMOVE to dissolve the boundaries between counties that belong to the same region. It is important to sort the county dataset by region before you run PROC GREMOVE.

To validate that your boundaries resolved correctly, run PROC GMAP to view the regions. If the regions do not look right when you run this step, it may signal an issue with the underlying data. For example, when I ran this with a county shapefile obtained from Census, I found that some of the counties were mislabeled, which of course, caused the regions to not dissolve correctly.

Here’s the result I got, which is exactly what I expected: 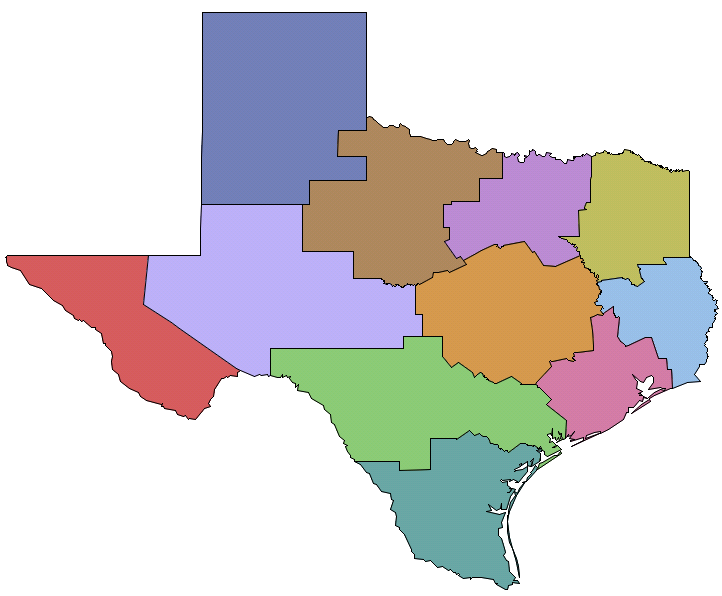 Add a sequence number variable to the regions dataset. SAS Visual Analytics 8.2 needs it to properly define a custom polygon inside a report:

In the dataset with the region variable that you want to visualize, create a new geography variable and define a new custom polygon provider. Note: by default, the ability to add and manage custom map providers is granted to administrators, but can be extended to additional users. 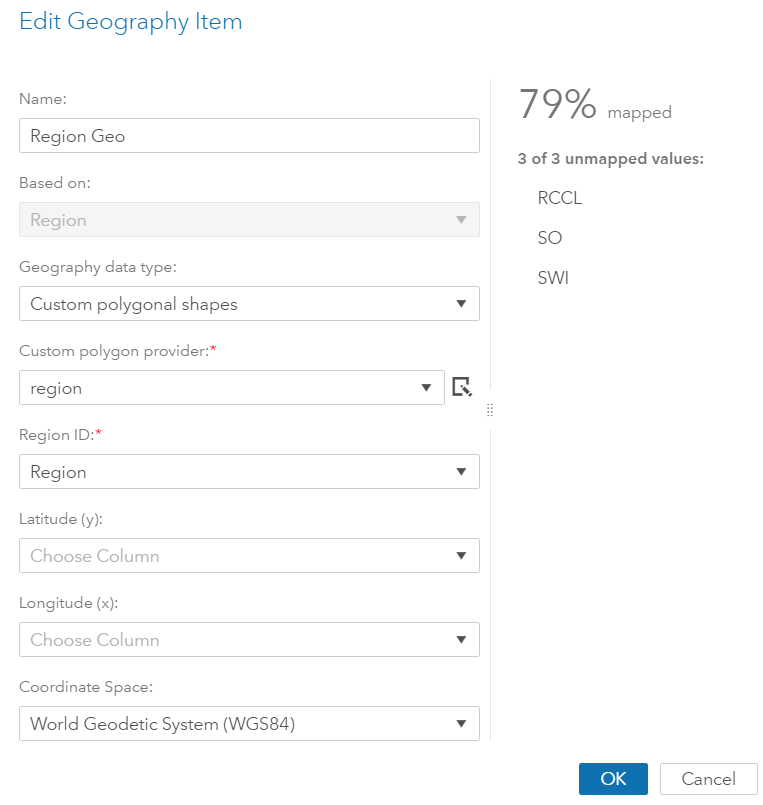 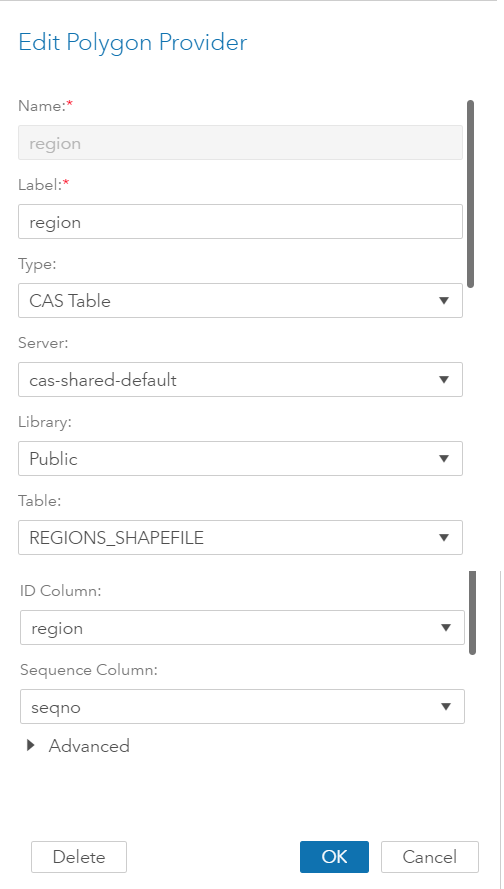 Now, you can create a map of your custom regions: 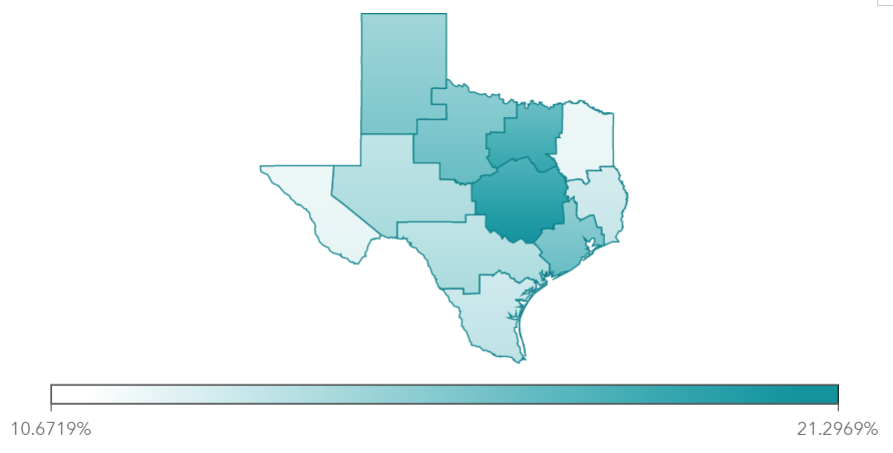 Daria Rostovtseva is a Principal Data Scientist on the SAS Fraud and Security Intelligence team. In her role, she helps government and private organizations leverage the power of analytics to fight fraud and improve services to their constituents.