Certain North Carolina counties have been in the news lately, for suspected election fraud involving absentee ballots in the 2018 election.  Let's analyze the voter registration and absentee ballot data, to see if we can detect anything suspicious!

In order to definitively determine whether fraud & illegal activity occurred, investigators will need to interview the voters and 'ballot collectors' involved. But in the meantime, perhaps we can identify whether the data from certain counties looks suspicious.

One thing I wanted to look for was counties with a  disproportionately large numbers of absentee ballots. 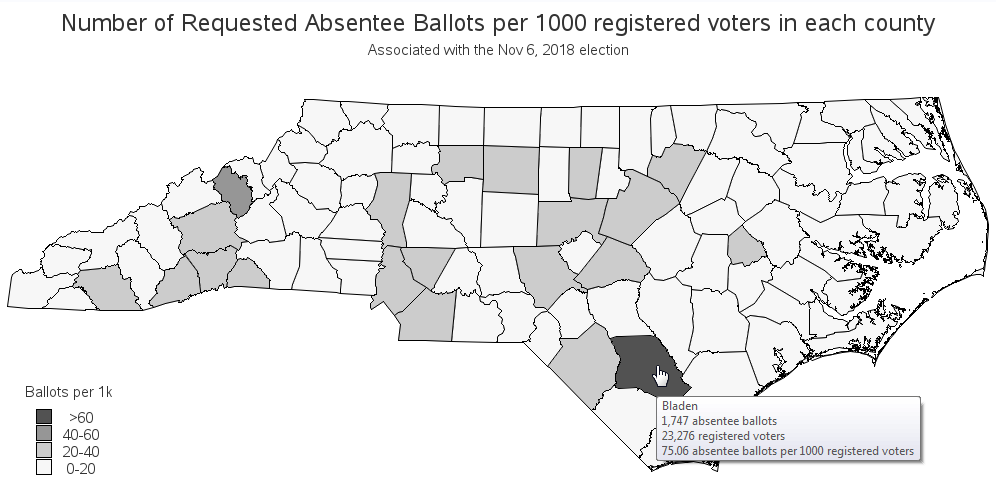 In the map above, Bladen county (one of the counties with suspected fraud) stands out as having the highest rate of absentee ballots per 1000 voters. This doesn't necessarily indicate fraudulent activity - but it is suspicious. The map also lets you look for geographical trends.

Now, you might be asking - "how suspicious is Bladen county?" It's difficult to compare values on a map, therefore let's plot the same data in a bar chart, where they will be easy to compare. In the bar chart below, you'll notice that Bladen and Yancey counties have much higher values than the other counties. 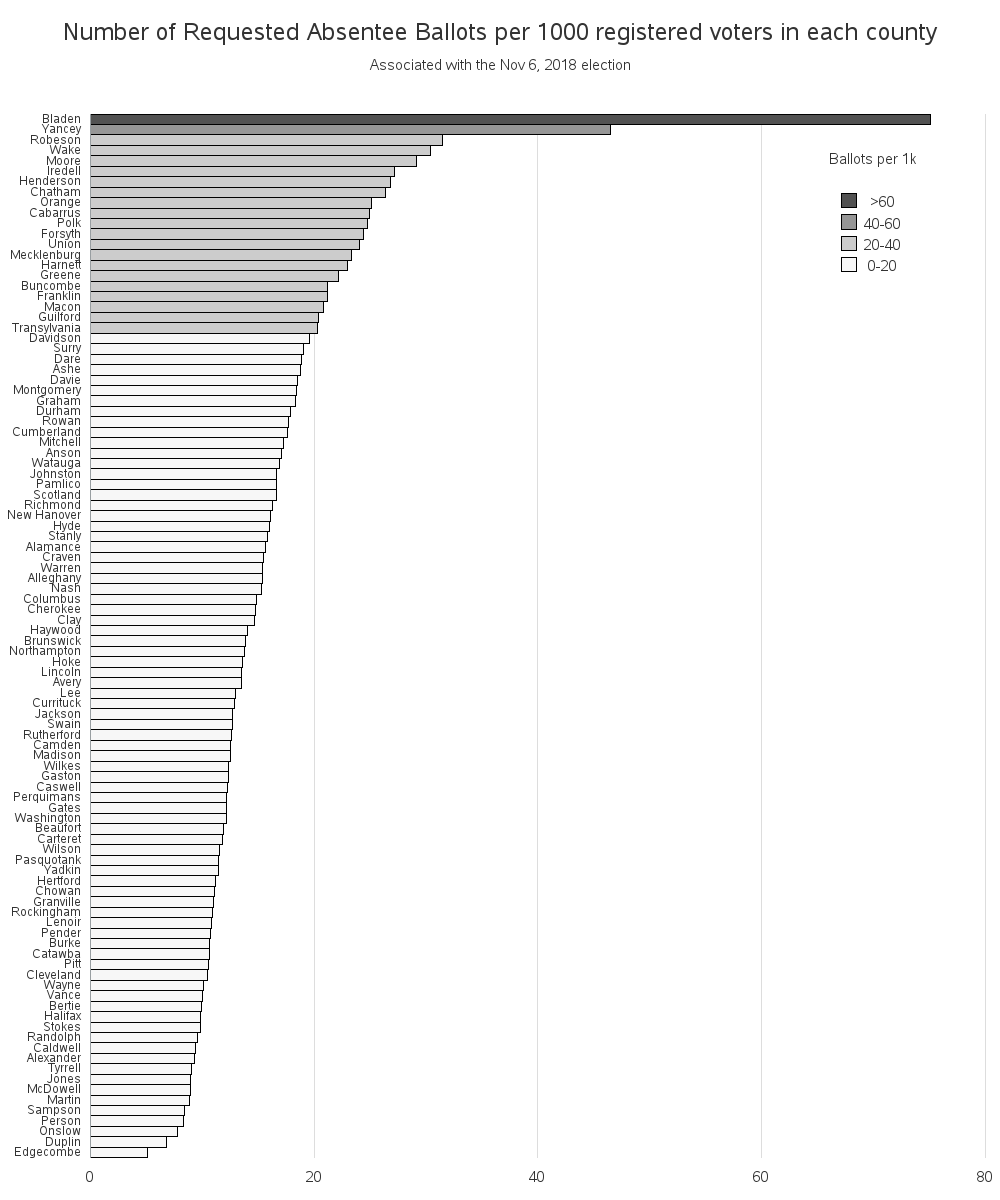 Having a high rate of absentee ballots in a county isn't necessarily a bad thing. If people request them, and vote, and return the ballots in the correct/legal way - then that's great! But if a large percent of those absentee ballots are not returned, then that could be considered suspicious. Here are a couple of examples of nefarious activities that might cause it:

While researching this topic, I found a very interesting article/analysis on the caltech.edu website. They explore several different scenarios for possible fraud, and provide graphs that might be used to look for these kinds of fraud. Here is one of their graphs that caught my attention: 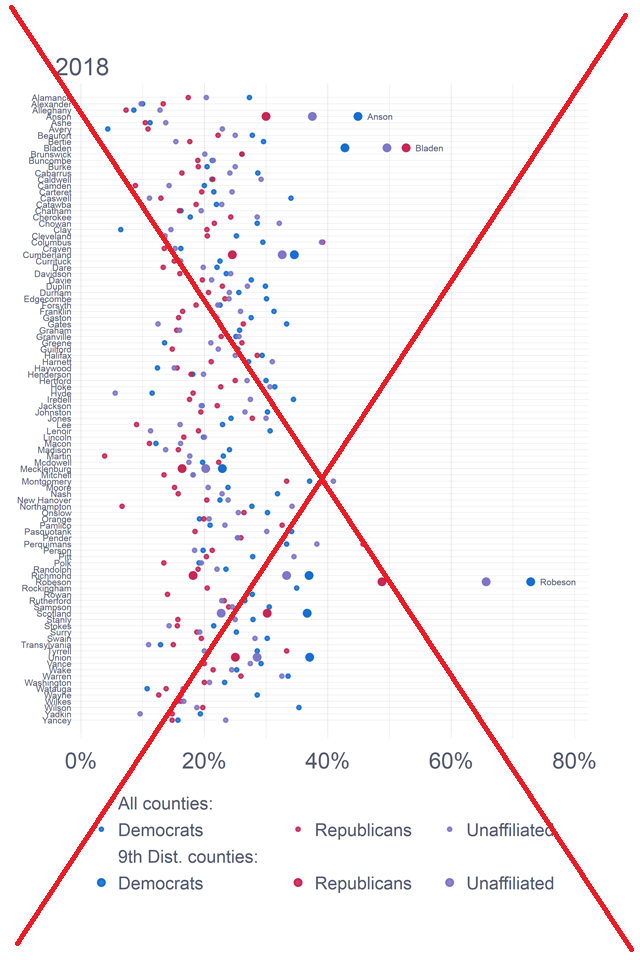 Their graph was a bit difficult to digest. It isn't fully labeled, the color/size legend is a little confusing, the counties are difficult to read, and there is no mouse-over text. Therefore I decided to try creating my own version of the graph, and improve those things. My version is below (click it to see the interactive version, with HTML mouse-over text). 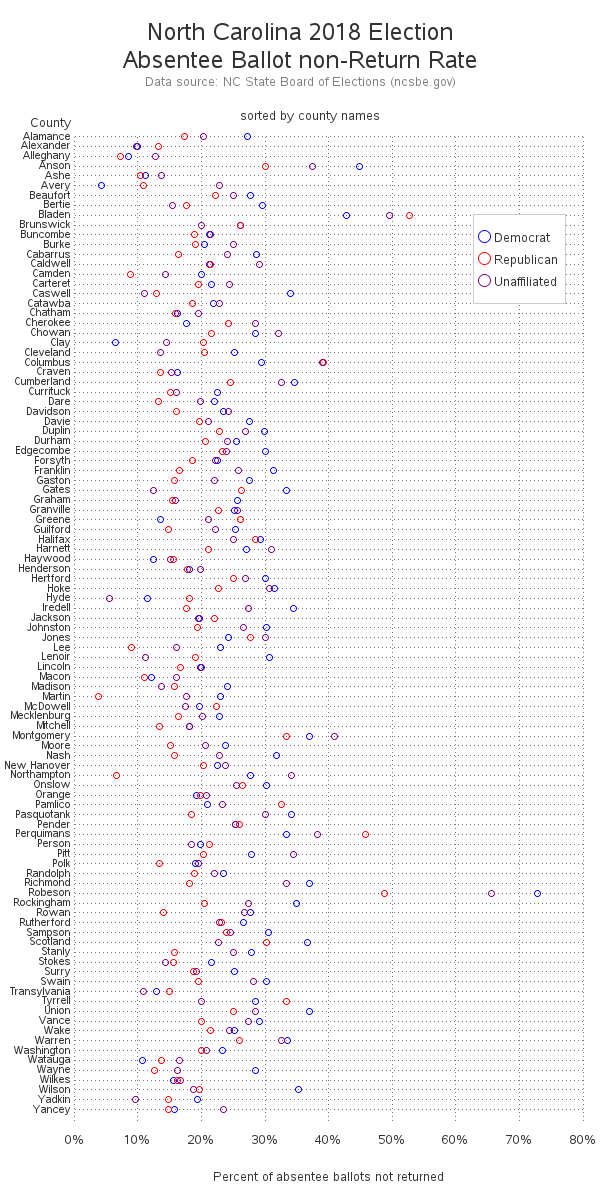 My version is a bit cleaner and easier to read, but I still wanted more out of my graph. I found it interesting to look for the 'outliers' in the above plot, but why not make those outliers easier to find? Therefore I created another version, and sorted it by the overall county non-return rate. Now Robeson and Bladen Counties (two adjoining counties currently under scrutiny for possible fraud) jump to the top of the graph. 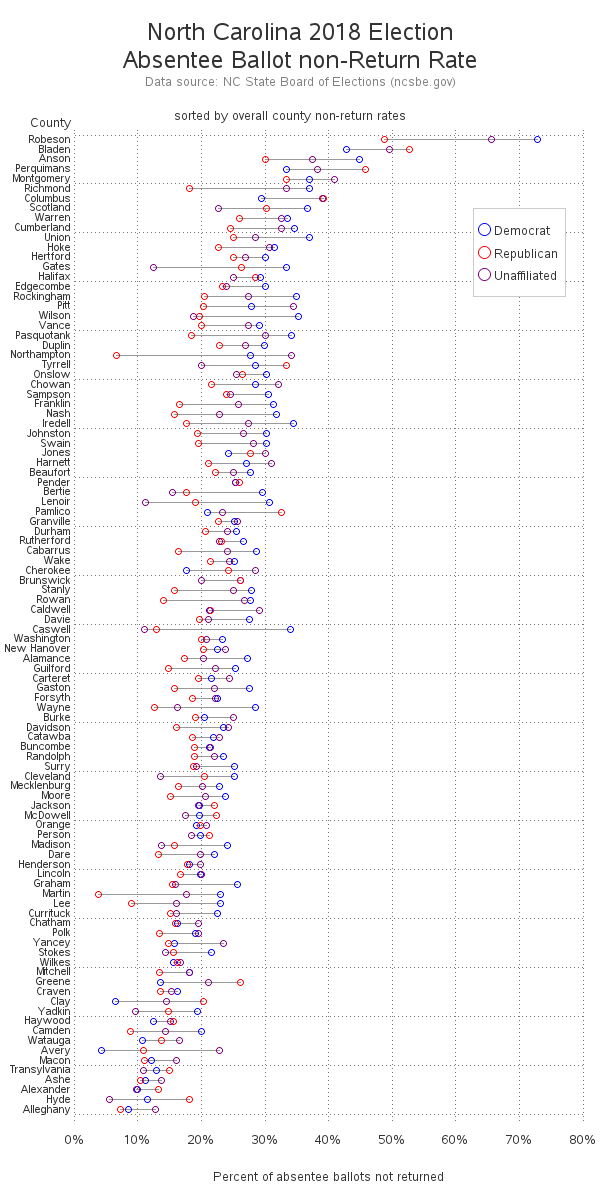 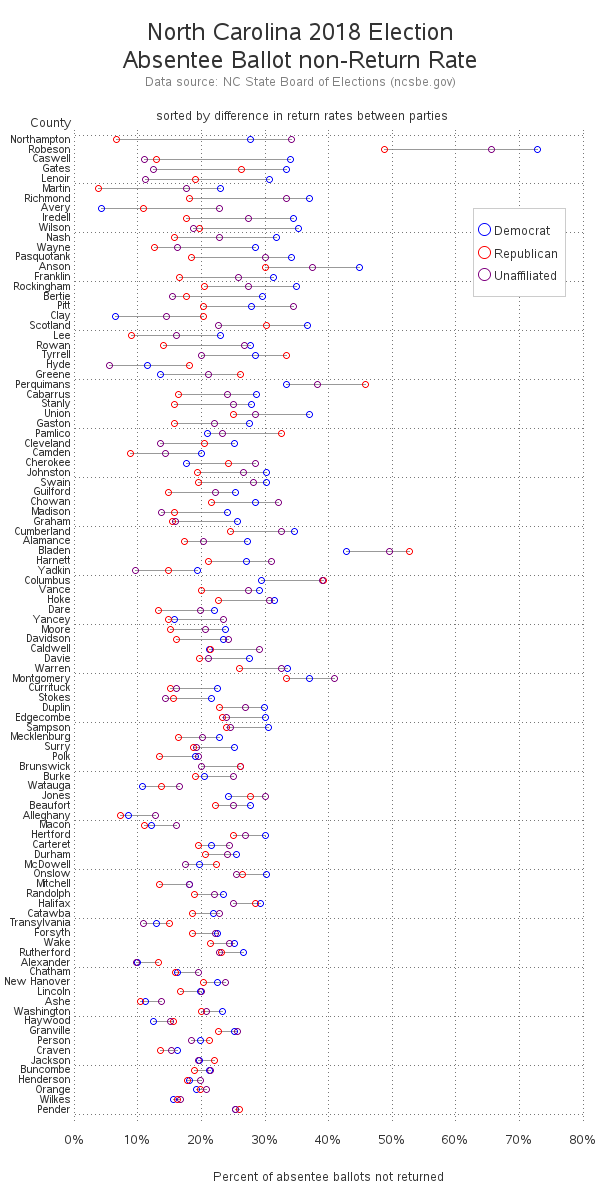 Remember - these graphs allow you to look for suspicious activity that might warrant further investigation, but they don't necessarily indicate fraudulent activity has taken place. It will be interesting to see how the investigations turn out!

Here's a link to the code for the first examples, and the second examples, if you'd like to download it, to see exactly how I came up with the values to plot!