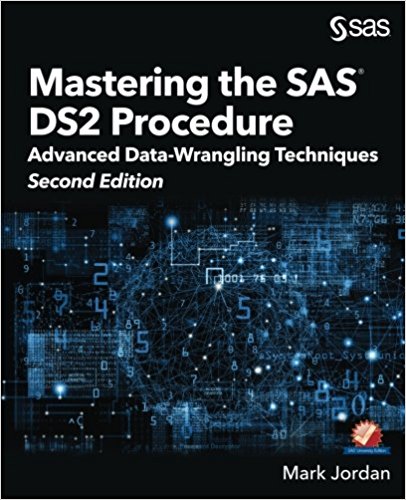 When speed is required at scale, nothing beats parallel processing your data in-memory. And IMHO, when parallel processing your data in memory, it's hard to beat DS2 and SAS® Viya® with the amazing Cloud Analytic Services (CAS)! While working on the second edition of "Mastering the SAS DS2 Procedure", I gained access to a small SAS Viya installation and was able to do some testing. My test case was scoring a large Teradata table using a DS2 data step. The table has over 106,000 rows and is quite wide. Running the scoring code in 4 parallel threads on SAS 9.4M5 on Windows 10 64 bit with 4 cpus took about 4 minutes.

I wondered how much faster it would run in-database on Teradata.  After all, the Teradata instance was pretty beefy, with 576 amps total available for processing. I executed the same program with in-database processing enabled, and the the process took only 17 seconds! Of course, the next thing I wanted to try was CAS...

The SAS Viya installation to which I had access was using CAS running distributed on two Linux x64 nodes. For CAS processing, I wanted to be sure I accounted for the time required to front load the data from Teradata to CAS, so I could make an apples-to-apples comparison. Loading the data took about 1 second! I'd love to have data pipes like that in MY house. Running the DS2 scoring process on CAS took an additional 6 seconds to complete,  for a grand total of 7 seconds. That's speed I can respect!

Now, CAS has DS2 action sets baked in, and you could learn CASL and run your DS2 that way. But it's really quite simple to run your DS2 process in CAS using our old, familiar PROC DS2.  First, we'll need to connect to CAS from our SAS 9.4 session. We'll set some system options and use a CAS statement to fire up a named CAS session we can use for further processing:

Now our SAS 9.4 session is aware of our CAS session named 'mycas'. Loading data to CAS is pretty easy, too.  There's a PROC for that - PROC CASUTIL. The process looks something like this:

To run a DS2 process in CAS, make sure the resources you need are pre-loaded to the CAS session, and invoke PROC DS2 with the sessref= option:

That's all there is to it! If your DS2 programs read and write to CAS tables, the code will execute distributed on CAS without any further effort on your part.
Parallel processing data in memory? It's hard to beat DS2 and SAS® Viya® with the amazing Cloud Analytic Services (CAS)! Click To Tweet

This is just one of the many new things that convinced me it was time to write a second edition of "Mastering the SAS DS2 Procedure: Advanced Data Wrangling Techniques".

Other new topics include:

and a whole lot more.

Perhaps you missed SAS Global Forum but would like to have seen me present the "Working with Big Data in SAS" paper? No worries - you can view this recording - it's just like being there :-)