As the Research Triangle Park becomes more popular, we're getting a lot more traffic on the roads. And with flexible work hours, of course I try to pick a time to drive to work when there's less traffic. I recently saw a cool infographic showing the most popular times when people commute to work ... but I was skeptical about their data, and decided to put it to the SAS test!

Here's their original infographic. At first glance, it's cute and seems to be a straightforward presentation of the data. The bars look like roads (which is acceptable and clever, in my opinion).But what jumped out at me was the tallest bar - if the graph is to be believed, almost 1/4 of the people commute to work between 9:30am and noon. Wow, I'm jealous of all those people sleeping in much later than me! But the more I think about it, the more unlikely that seems ... 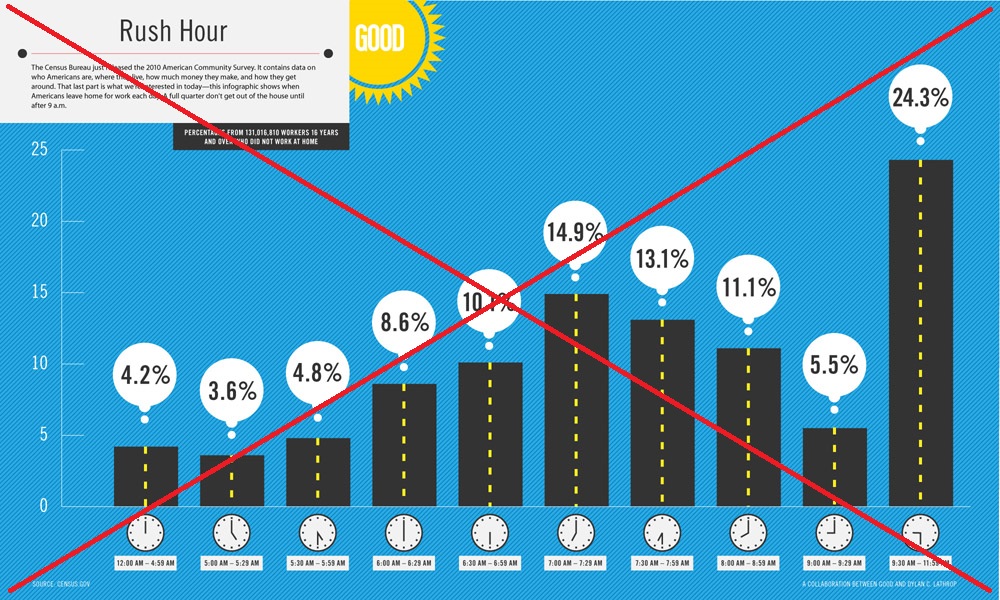 Now that I was suspicious of their graph, I looked a little closer, and found that the bars don't represent equal time slices. The first bar represents 5 hours, the next 6 bars represent 30 minutes, then there's a 1-hour bar, another 30-minute bar ... and the last bar represents 2.5 hours (if you can trust the label). Perhaps that explains why the last bar is so surprisingly tall? Time to find out what the data says...

I did some digging and found the ACS commute-time data on the census.gov website. They didn't have an exact 9:30am-noon time slice (for the tall bar), but the three time slices from 9am-noon (circled in red below) only added up to 10% ... nowhere near the 25% value of the tall bar in the original graph. The only thing I can figure is that the original graph is mislabeled, and shows 9:30am-midnight, rather than 9:30am-noon (with an extra 12 hours of commuters, no wonder the bar is so tall, eh!?!) 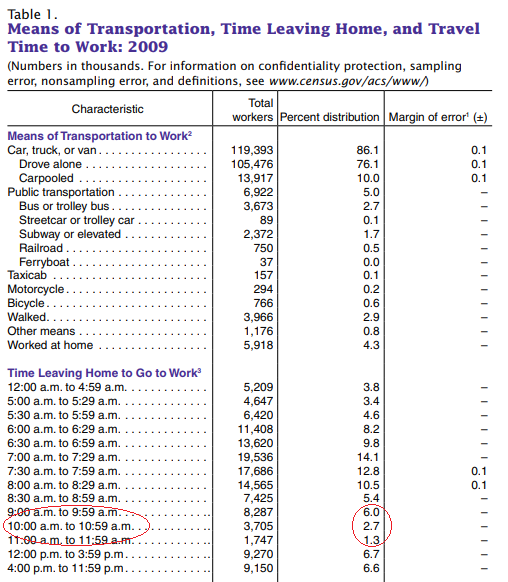 Now that I understood the data a little better, I tried creating my own infographic. I would have preferred each bar represent the exact same time slice, but the data were not available that way. Therefore I use a red band on the clocks to show the time slice represented by each bar, and also add a footnote indicating that the bars don't represent evenly-spaced time slices. And I decided to leave out the noon-midnight data. How did I make the bars look like roads? ... Simple - I annotated a yellow dashed line up the middle of each black bar! 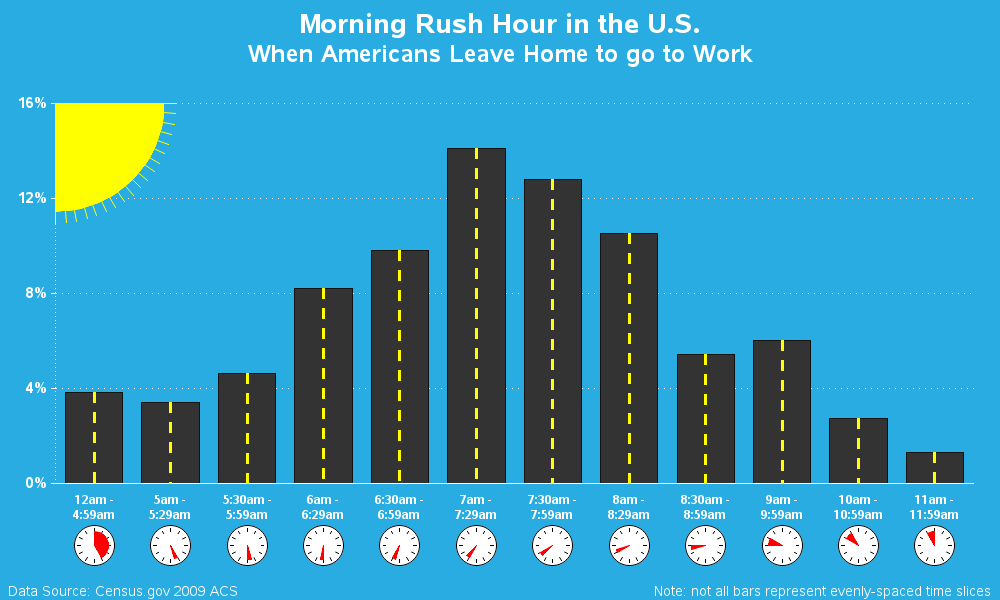 I think my version is as cute as the original, but is a much more true representation of the data. And at the very least, my graph doesn't have a mislabeled tall bar. Another infographic success for SAS software!

So, which city have you lived in with the worst rush-hour traffic? If you think you've had the longest commute time, post the city & time in a comment (along with any 'tricks' you have for getting through the worst traffic).