Donald Trump is pretty spry and energetic for an old guy - he's currently 71 years old, and seems to have more energy than I do (and I'm about 20 years his junior). But is he the oldest US president? Well, as with many questions ... it depends. Follow along as we analyze some data about all the past US presidents, and create graphs that answer this and many other questions!

Here's the graph that got me thinking about this topic. It was created and posted on the 'data is beautiful' reddit forum, by the user Brennejm. 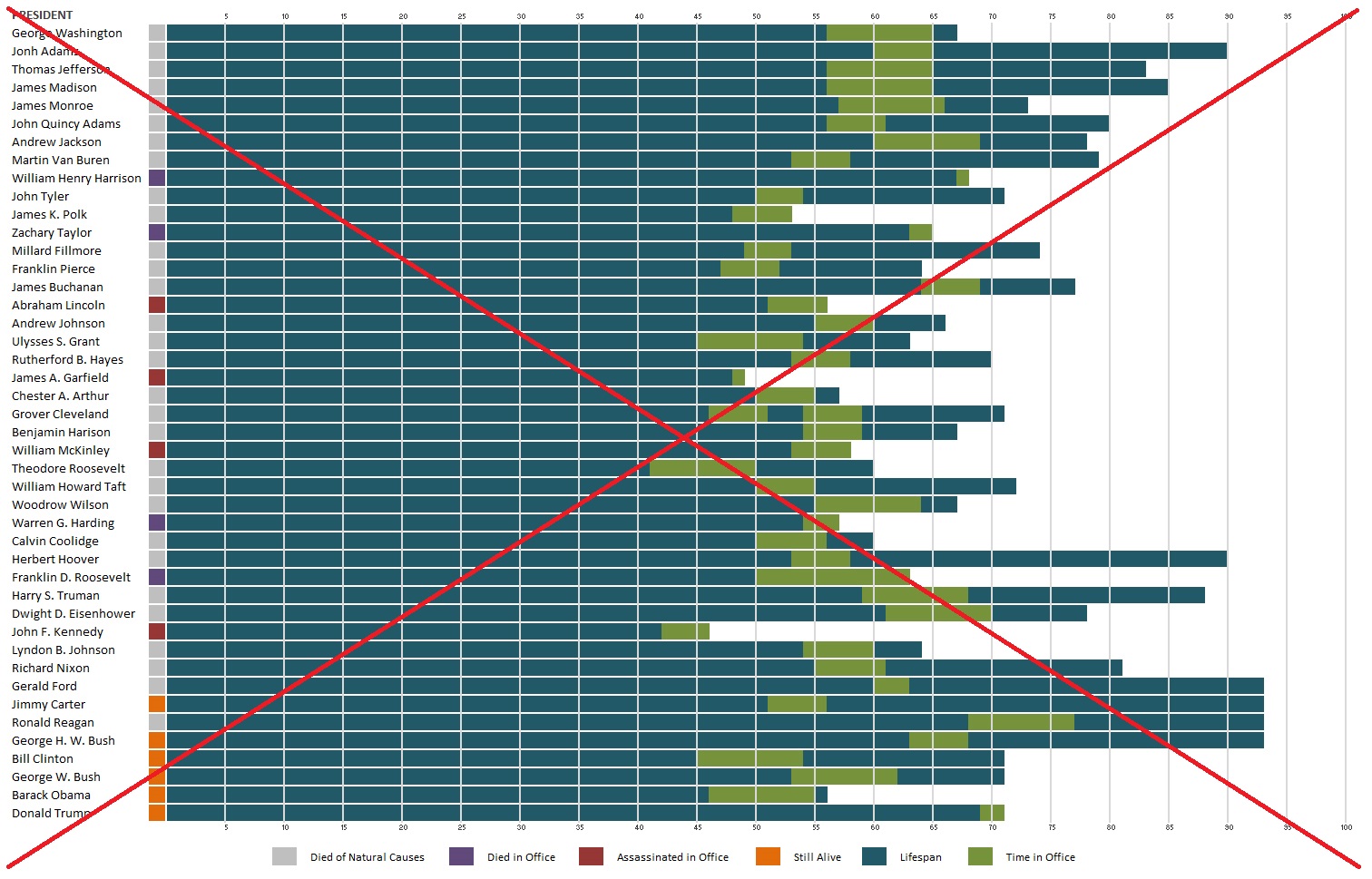 It was an interesting graph, but there were several things I wanted to improve.

I decided to use some data from Wikipedia, and create my own version of the graph. Here are some of the changes and customizations I made: 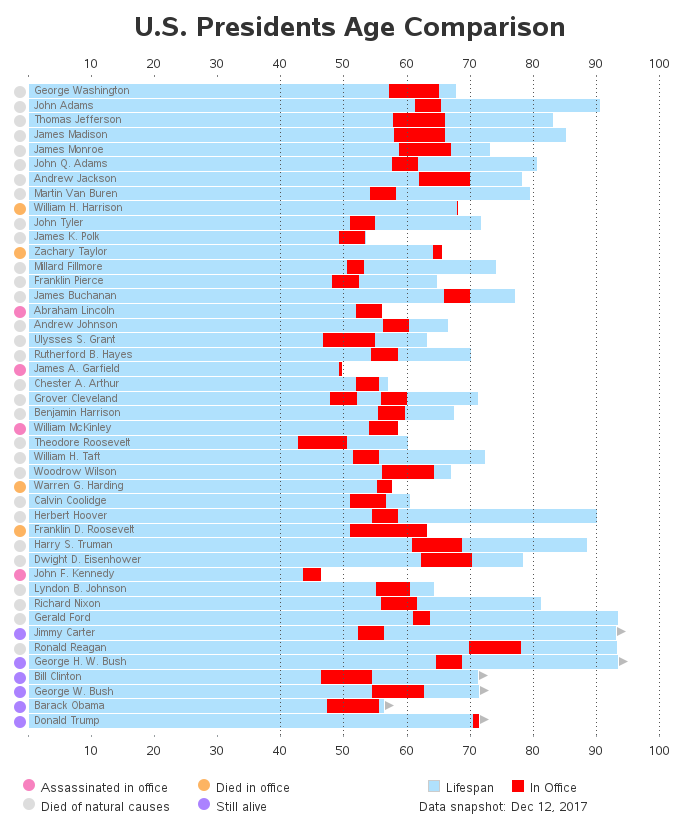 So, who's the oldest US president? If you mouse over the interactive graph, you can easily find that ...

This was some fun data to explore, and the new(ish) SAS yrdif() function certainly made it easy to calculate the ages. As with most of my graphs, I used a lot of data-driven annotate to customize things like: adding the colored dots to the left, moving the president names from the regular position to inside the bars, and adding the age axis to the top of the graph. And I used Proc Gplot's note statement to create the custom legend at the bottom of the graph.