Since Trump became the US president, many people have noticed that he posts a lot of tweets. While some people choose to analyze and critique the content of those tweets, I was more curious about something a little less controversial - the timing and frequency. Follow along as I dig into some twitter data, and find the best way to visually analyze it!

But first, speaking of "tweets" ... Here's a picture of my friend Danielle's favorite tweeter. Thanks for letting me use your picture, Danielle! 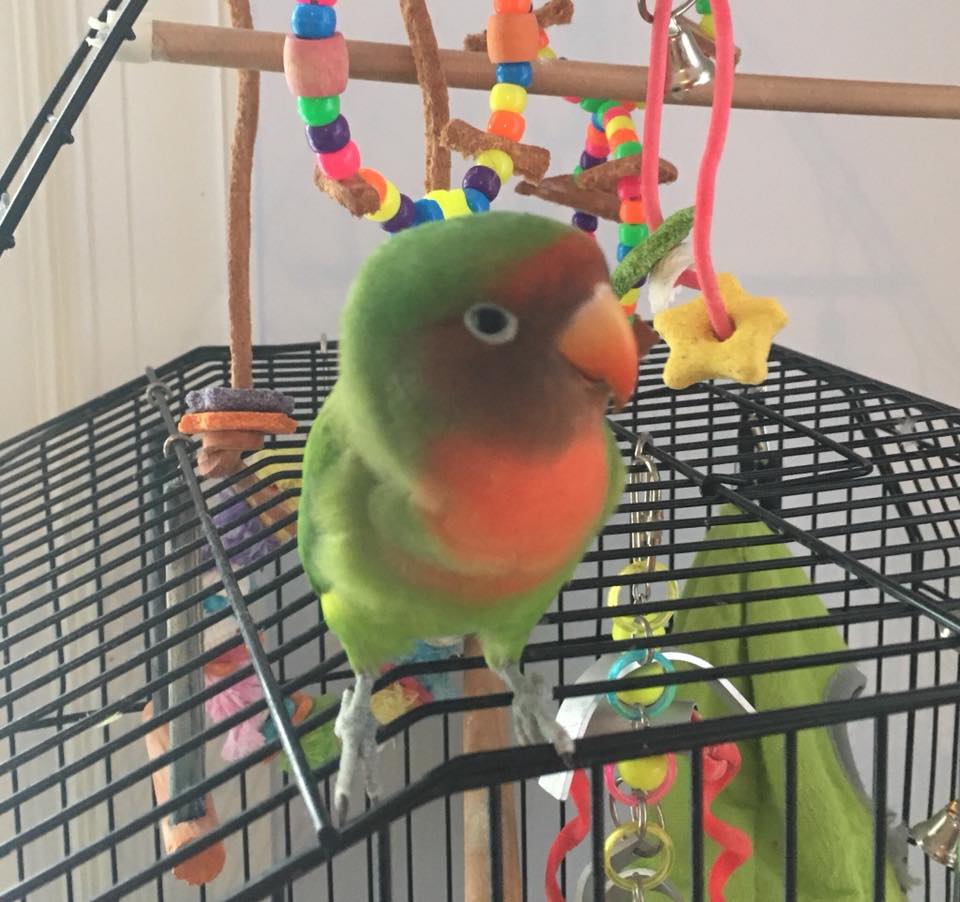 As I was looking into this topic, I came across a related graph on reddit. This pointed me to the data I would need, and served as a good starting point. 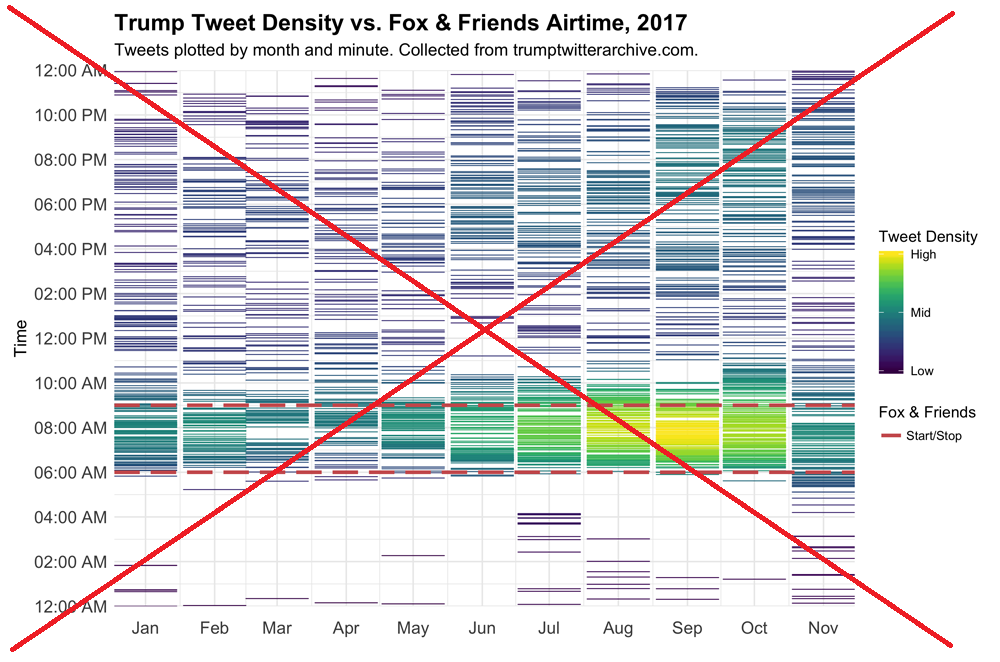 In my version, I decided to make a few changes... 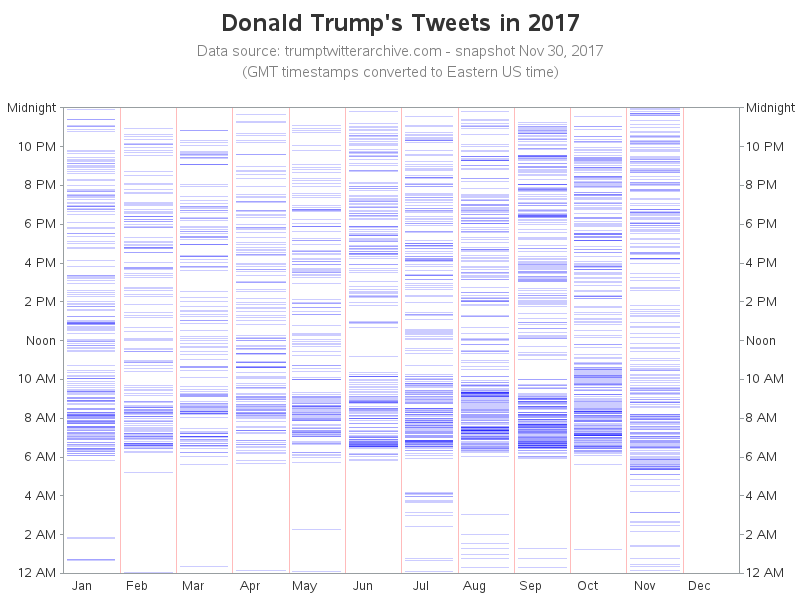 While importing the data, I noticed that there were actually tweets available for quite a few years, and thought it might be interesting to also plot the previous years' data. The original author also went down this path, posting the following graph in a follow-up comment on the reddit thread. But his new graph had several problems... Why didn't the "High Tweet Density" colors in this graph match up with the colors used in the previous graph? (Has the definition of "High" changed?) And the tick marks & labels along the bottom axis are poorly chosen (looks like he let it auto-scale, and didn't include the year in the labels ... which makes them very confusing). 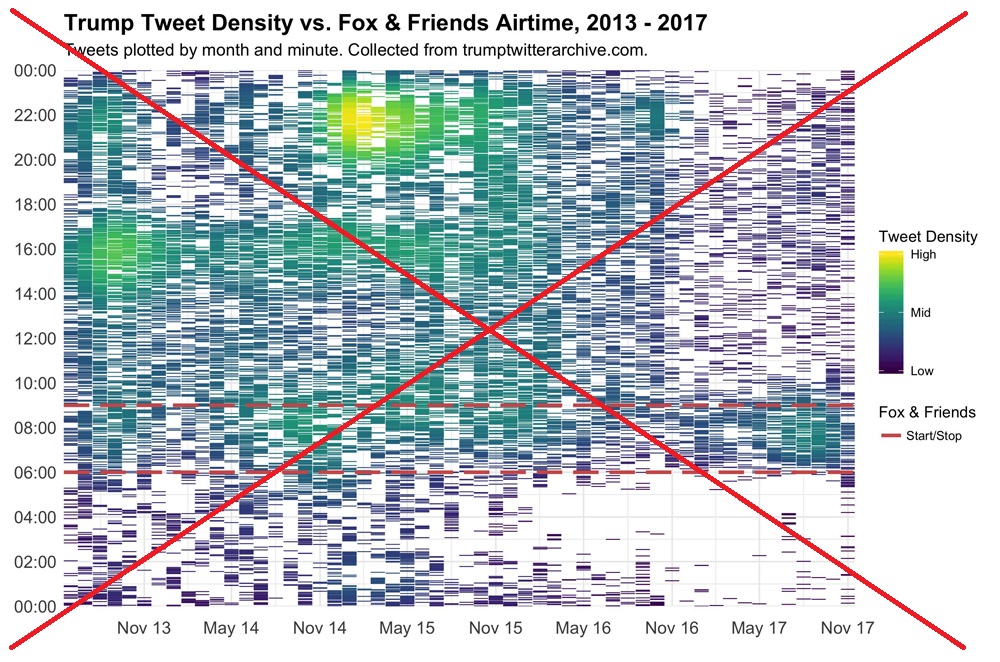 In my version, I label the bottom axis by year, and add reference lines between each year. I also go back to 2009, rather than just 2013 (if you're going to show a historical graph, why not go back as far as you have data, eh?) 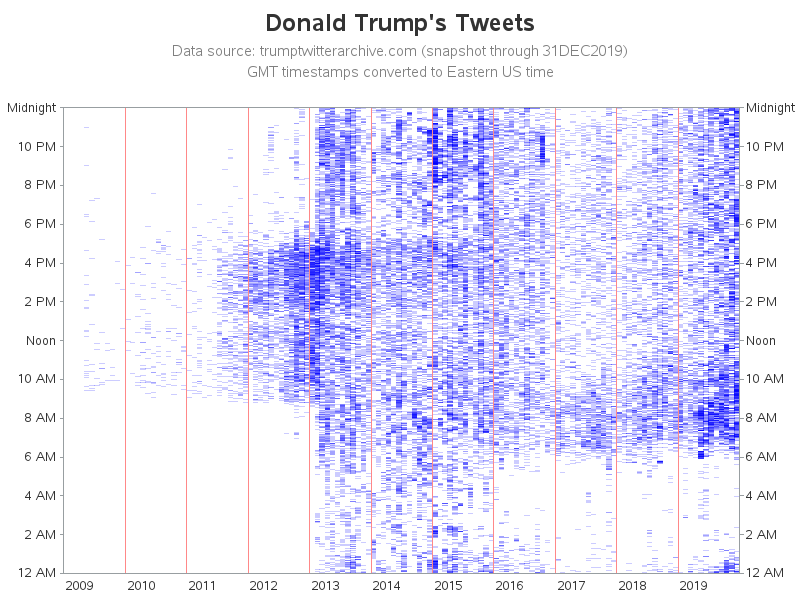 Looks like Trump's tweeting habits have varied over the years - can you correlate any events, or maybe his "job changes" with the density of his tweets? Or perhaps he changed the type of phone he was using in early 2013? I wonder if he was using an automated system to tweet during the night, in the 2013/2014/2015 time period? Perhaps he had employees tweeting for him?

It was a big surprise to me that it appears Trump has actually been tweeting less since he became president! What interesting things do you see in these graphs?