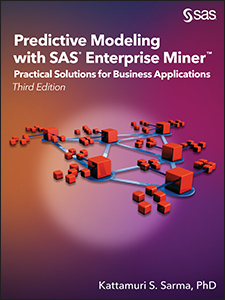 To make accurate predictions, it is necessary that the sample data you use for model development is compatible with the target population. The distribution of each input used in the model should be similar in the sample and the target population. In your model you should include only those variables which will be available at the time of prediction.

For example a bank wants to develop an early warning system to identify customers who are most likely to close their investment accounts in the next three months.  The event of a customer closing her account can be called “attrition”.  Suppose the bank wants to develop an attrition model to be used as an early warning system for identifying customers who are likely to attrit (close accounts) in the immediate future period such as the next three months. In an attrition model, the target is attrition.  The event that a customer closes her account is called attrition. In a modeling data set attrition is a binary variable. The customer record in the modeling data set for developing an attrition model consists of three types of variables (fields):

Assume that the model was developed during December 2006, and that it was used to predict attrition for the period January1, 2007 through March 31, 2007.

Display 1 shows a chronological view of a data record in the data set used for developing the attrition model.

Here are some key input design definitions that are labeled in Display 1:

The model should exclude all data from any of the inputs that have been captured during the performance window.

If the model is developed using the data shown in Display 1 and used for predicting, or scoring, attrition probability  for the period January 1, 2007 through March 2007, then the inputs window, the operational lag, and the prediction window look like what is shown in Display 2 when the scoring or prediction is done.

Since model developed using the data represented by Display 1, it takes into account the operational lag and hence it is consistent with the data available for prediction as shown in Display 2.

⇒  When you develop a forecasting model using current and recent period data and use the model to make forecasts for the future, it is impossible to check the input ranges in the sample with those forecast period. But we can check the coefficient stability, do cross validation and also construct confidence intervals for the forecasts. Kattamuri S. Sarma, PhD, is an economist and statistician with 30 years of experience in American business, including stints with IBM and AT&T. He is the founder and president of Ecostat Research Corp., a consulting firm specializing in predictive modeling and forecasting. He has been a SAS user since 1992, and he has extensive experience with multivariate statistical methods, econometrics, decision trees, and data mining with neural networks. Dr. Sarma is a SAS Certified Professional and a SAS Alliance Partner. Dr. Sarma received his PhD in economics from the University of Pennsylvania, where he worked under the supervision of Nobel Laureate Lawrence R. Klein.