"Coming to America" - it's been the name of a funny movie and a dramatic song (can you name the actor & singer without cheating?!?) It's also been a dream for many, and an action for some. People have been coming to America both legally and illegally for many years, but there's one special category of immigrants you might not generally think of - refugees. In this blog post, let's visually explore the U.S. refugee admission data and see if we can find any trends.

When I was looking for data on this topic, the State Department page referred me to the Refugee Processing Center page on Admissions & Arrivals. I downloaded their spreadsheet which contained a graph and data. Here's a screen-capture of their graph: 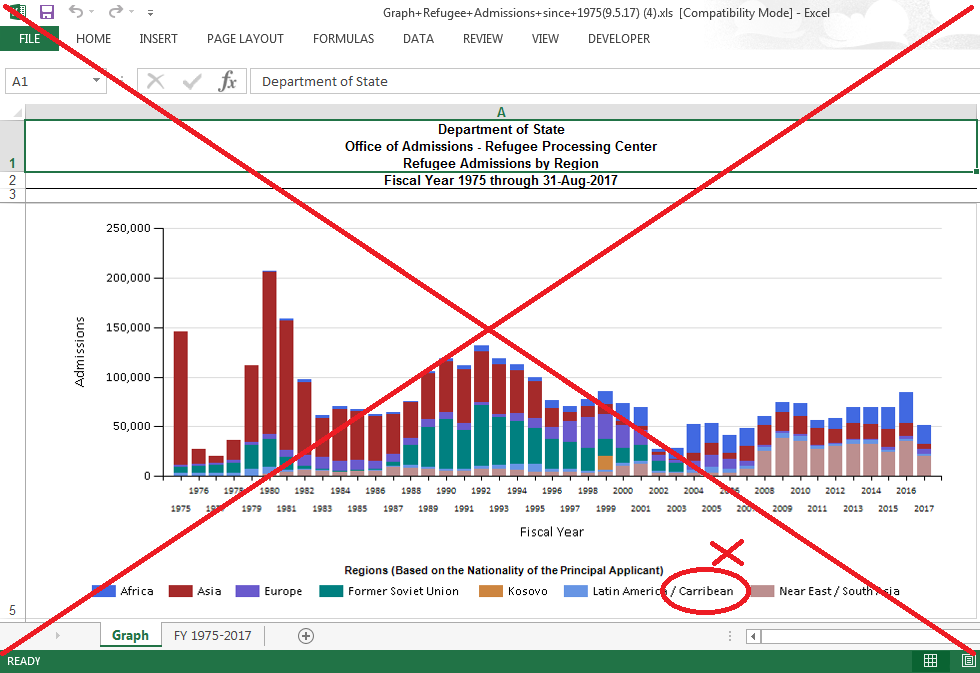 Here are a few problems I noticed in their graph:

Of course, it's considered poor form to complain about someone else's graph, if you don't create your own version ... therefore I imported their data into SAS and tried my hand at creating a new/improved graph. Here's what I came up with (click the image below to see the full-size version with HTML mouse-over text). 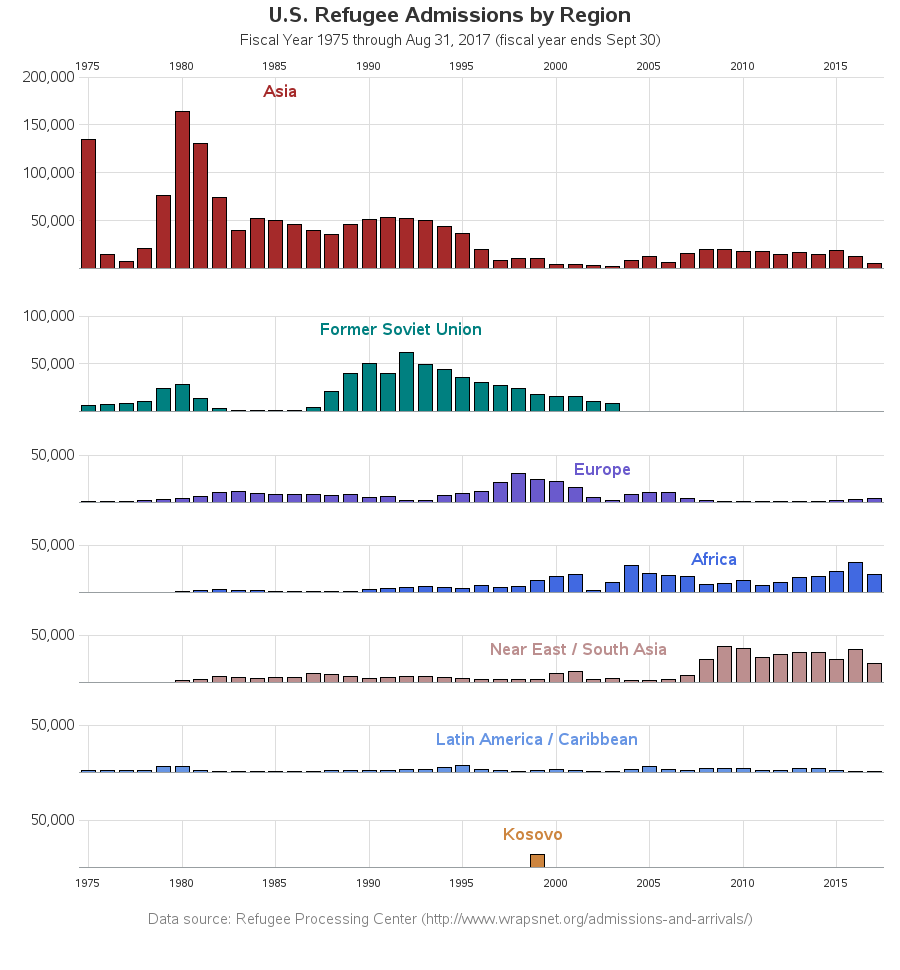 My biggest change was creating a separate graph for each region, and then arranging those graphs such that you could see the the geographical shift in refugee admissions over time (from Asia, to Soviet Union, then Europe, Africa, and Near East / South Asia). I used the same colors as the original graph, in case someone might want to use the two graphs together (I think it's useful to look at both graphs). I placed the region labels inside the graph area to conserve space, and I made them the same colors as the bars to make it clear which labels went with which bars. And I specify exactly when the fiscal year ends, in the title text.

What events do you think might coincide with the increased/decreases in refugees from the various regions over the years? Do you think the graph will change much in the final month of the 2017 fiscal year? Feel free to leave a comment with your theories!