What would it be like if the US was in the EU? I don't know how that would work out politically, but this map shows how it might look geographically (if the US was literally picked up and moved to Europe!)

My buddy Rick Langston is a bit of a map guy, and occasionally sends me cool examples. He recently sent me one he had seen on twitter (attributed to Randy Olson), that shows the continental United States overlaid on Europe at the geographically correct latitude. I was a bit surprised to see that the entire UK, and several other countries, were farther north than the US! 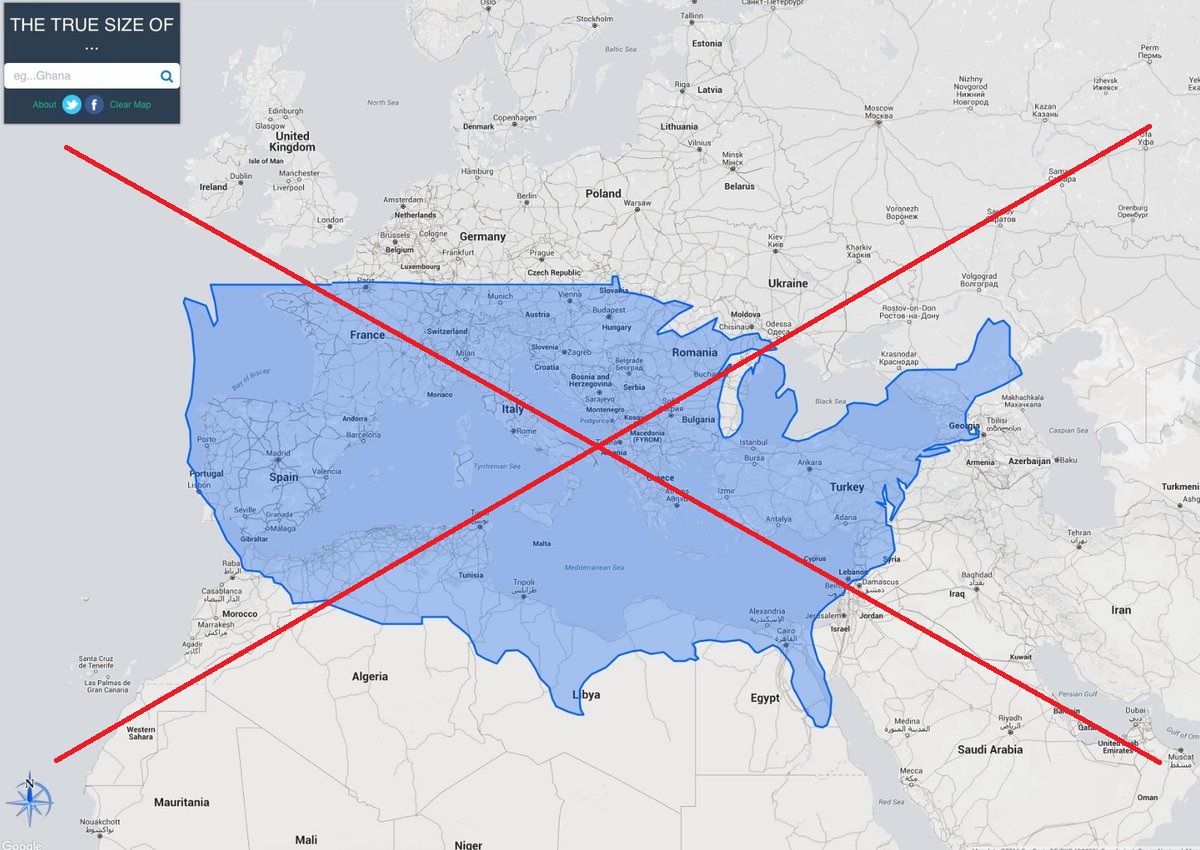 I'm not sure of any practical purpose for such a map, but I immediately knew I had to create one with SAS software! :)

First, I used Proc Gproject to clip the rectangular region of Europe out of the world map. Then I subset the continental US out of the world map, added an offset of 114 degrees to the longitude, and combined it with the Europe map. I plotted the combined map, and used a transparent color for the US.

I always try to make a few improvements when I imitate a graph, and here are the things I (hopefully) improved in this one: 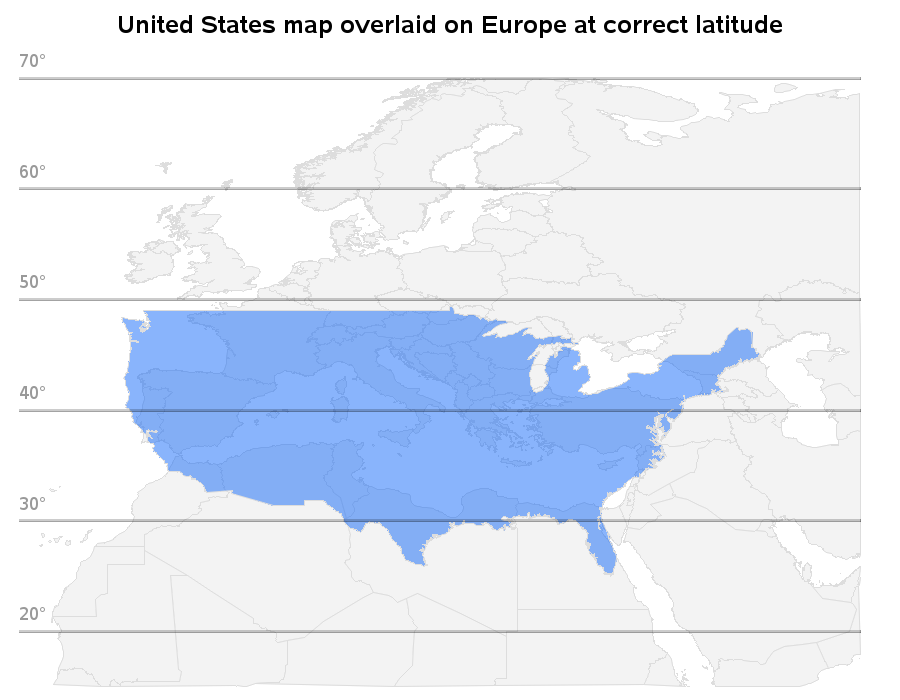 I have some friends that moved from Europe to NC, and I was curious to know whether they had moved to a higher or lower latitude, and how the weather differed. Eva moved from Budapest Hungary at latitude 47.5° (which lines up with Minnesota on the combined map) to central North Carolina at latitude 35.8° -- she says that Budapest has cooler winters and drier summers (hot & dry afternoons, but very comfy evenings). Eniko moved here from Cluj Romania at latitude 46.8° - she says Cluj is a little farther south than Budapest, but higher elevation, thus cooler.

I'm sure they're both enjoying the 90-degree North Carolina summers, where we have expressions like "It's not the heat, it's the humidity!" ;-)

Here's a picture of Eva, getting used to the NC weather at the beach ... 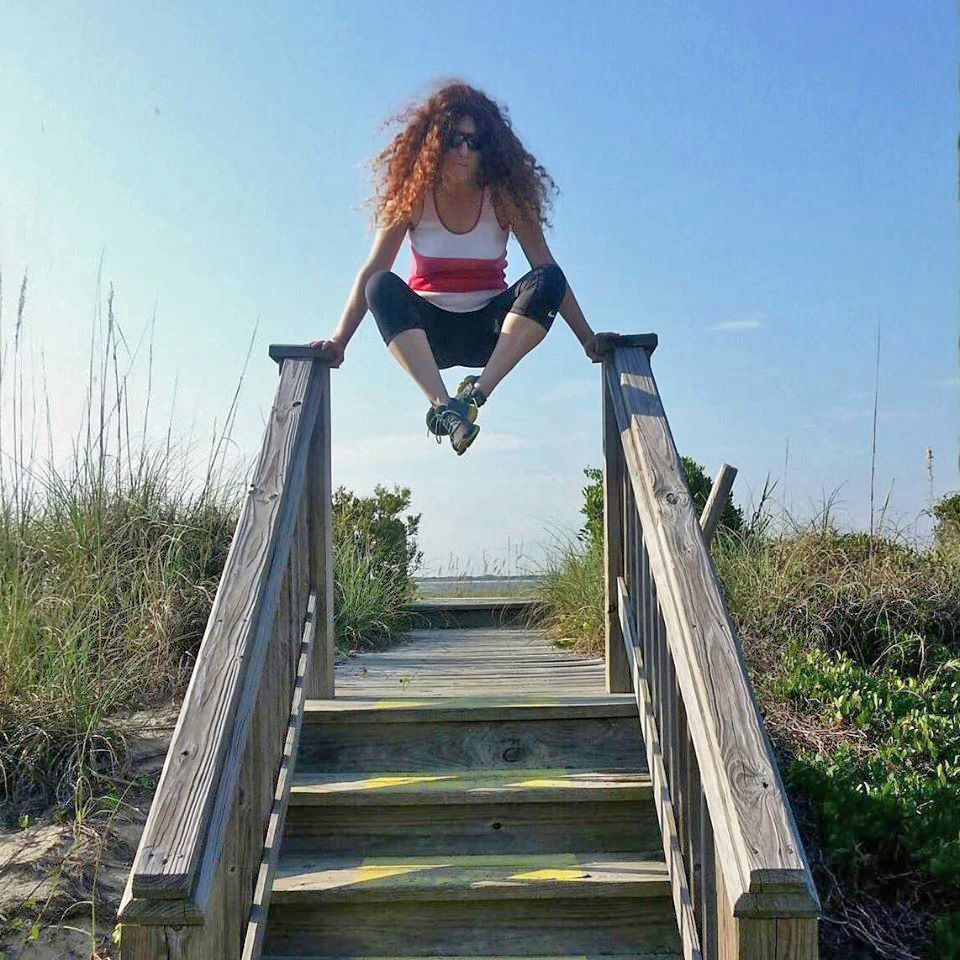 Update: Due to several requests, I am adding a 2nd version of the map, that includes Alaska and Hawaii: 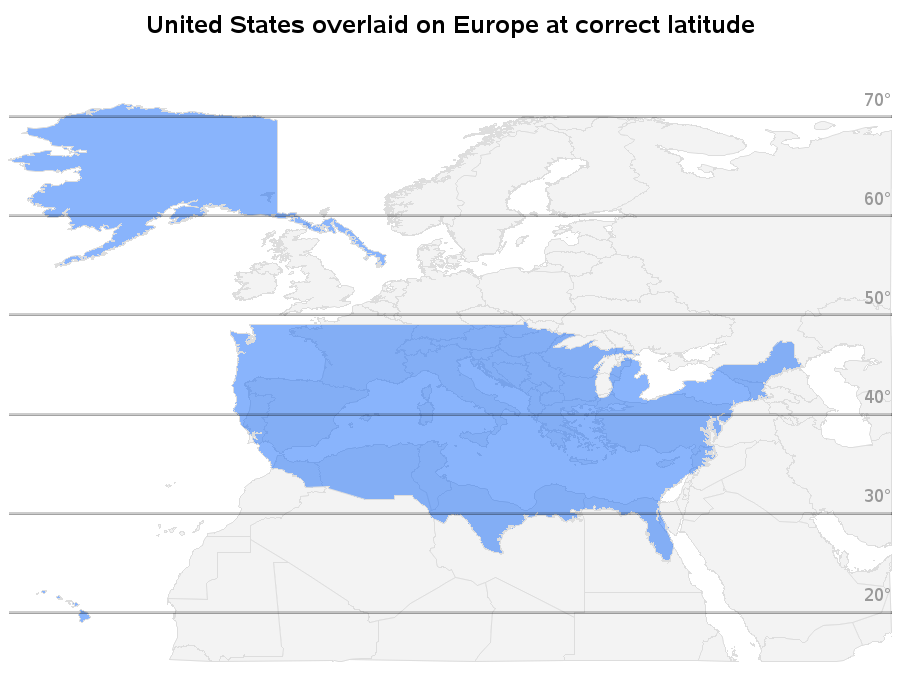