Teacher salaries have been a hotly debated issue in our state for the past few years. In this blog post, I examine a graph that recently appeared in our local news, point out some deficiencies, and create an alternate graph.

But before we get started, here's a picture of my friend Jennifer teaching her students how to make biodiesel.  If we had had teachers like Jenni when I was in school, I would have probably paid more attention!  ;-) 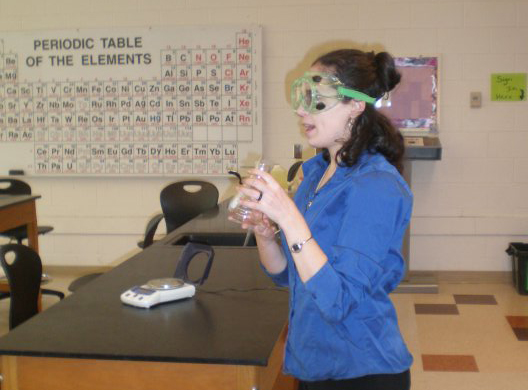 So, here's the graph I saw in our local NC news recently. The graph caught my attention for two reasons ... it contained data about a topic I was interested in (teacher salaries), and it was a simple and 'pretty' graph. 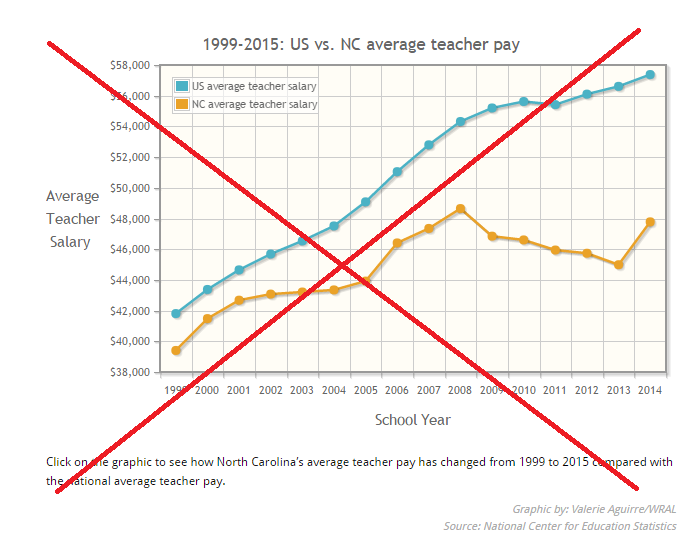 But after examining the graph for a while, I noticed a few problems. A good graph often makes you ask questions ... but this particular graph didn't provide a way to answer those questions. Here are a few questions this graph brought to my mind:

Since my blog is about creating graphs, I'm sure you guessed my next move ... creating my own version of the graph. I searched for quite a while, but was unable to find the exact yearly data that was used in WRAL's graph. I was, however, able to find some similar data on the National Center for Education Statistics website - it was more geared toward 10-year increments, and went back farther in time. I downloaded their Excel spreadsheet, imported it into SAS, transposed the data to convert the yearly columns into values (so they could more easily be plotted), and created the following graph using SAS/Graph's Proc Gplot: 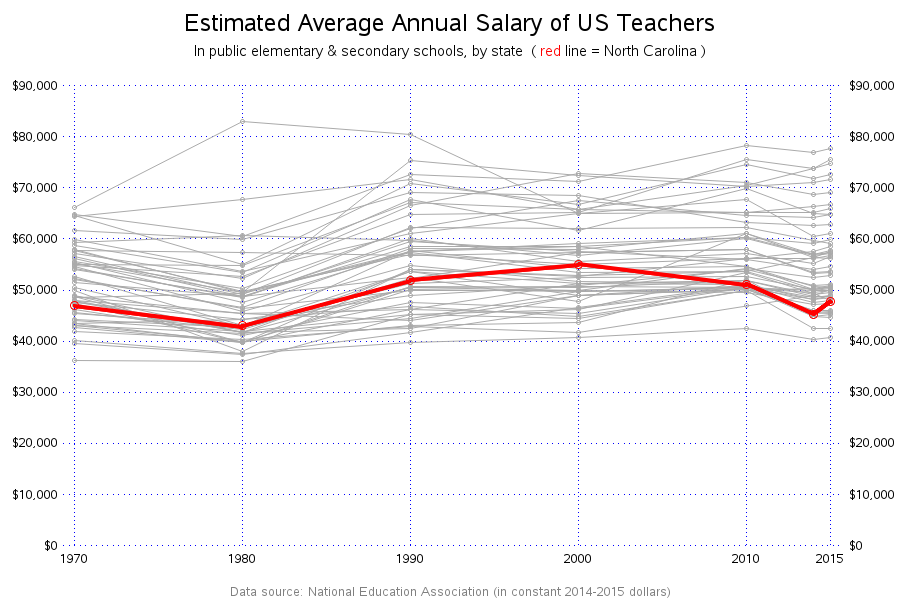 Here are some features of my graph:

My graph is also somewhat interactive - if you click the snapshot of the graph (above), it will take you to the interactive version, and each plot marker has mouse-over text showing the school year, state, and salary. Also, you can click the footnote to download & view the actual data in an Excel spreadsheet.

There are several other factors I would like to include into my visual analysis ... if I could find all the data. For example:

What other factors might be important to consider when comparing teacher salaries?