When the Toyota Prius first came out, the gas mileage claims astonished everyone. But now that almost every manufacturer offers their own hybrid, is the Prius mpg really all that great? Let's analyze the data ...

But before we get to the analytics, let me tell you a little about my personal Prius experience. I bought a used 2008 Prius a few years ago. And compared to the 10-cylinder F250 8-10mpg "monster truck" I got rid of, the Prius got great mileage!  The best mpg I got was on a round trip from Cary to Myrtle Beach. I averaged almost 56mpg over the entire trip! Here's a picture of my Prius screen when I got there: 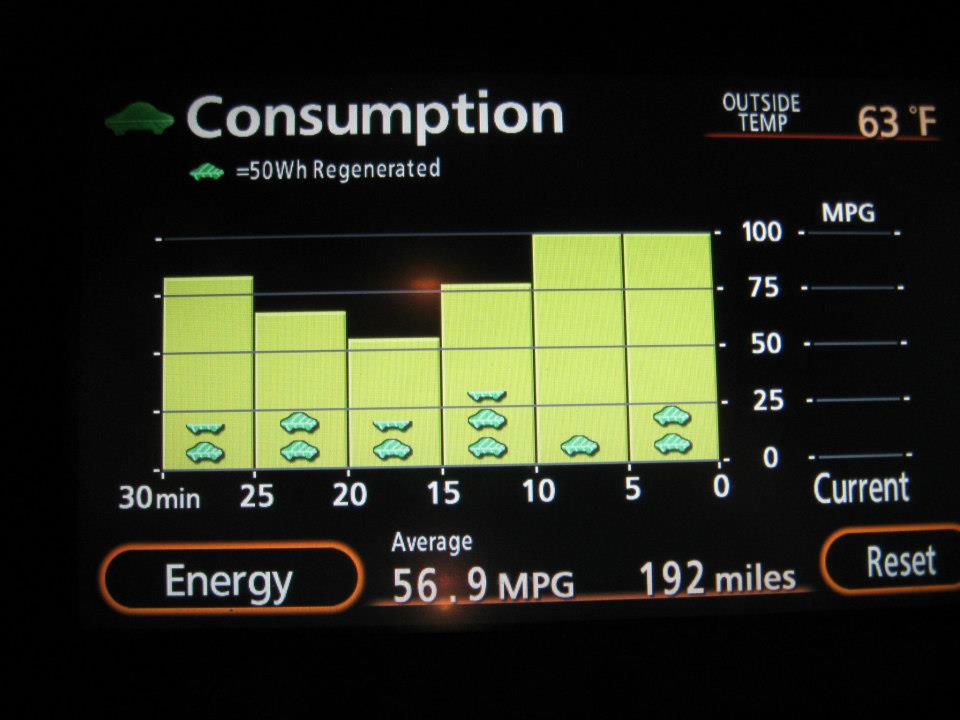 There are a few tricks to getting the really stellar mileage in a Prius. For example, you really only get the highest mpg when the engine is warm (therefore I get kinda low mpg on my daily 2.6 mile commute to work). Also, at speeds greater than ~62mph, the wind resistance starts becoming a factor, and your mpg goes down. And it's really best to travel behind other vehicles on the highway, so they are "punching the hole through the air" instead of you having to do it (you don't have to tailgate, but just don't be the car that's out front!) Also, rather than keeping a steady foot on the gas pedal, the Prius gets better mpg if you alternate between gaining a little speed and then coasting (especially if you can time your coasting to coincide with hills). And keep an eye on the stop lights down the road, so you don't unnecessarily build up a lot of speed & momentum, just to end up putting on your brakes a few hundred feet down the road.

The worst mileage I've gotten has been very recently, after I added roof racks to carry the 2 pieces of my outrigger canoe. The rack seriously compromises the aerodynamics of the car, and I'm only getting about 33mpg (with just the empty rack - not even carrying the canoe!) 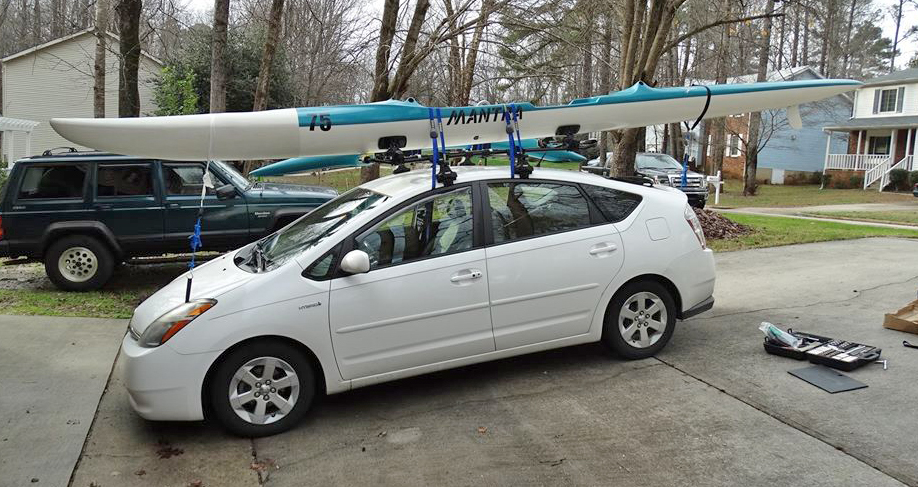 And now, back to the original question ... is the Prius gas mileage really all that great? Assuming you don't mess up the aerodynamics with a roof rack, and that you drive it like it's supposed to be driven - is the Prius mpg all that much better than the other hybrids? I think the data speaks for itself. When I plot the highway & city mpg of all the 2016 hybrid vehicles, the three Prius models really do stand head-and-shoulders above the rest! 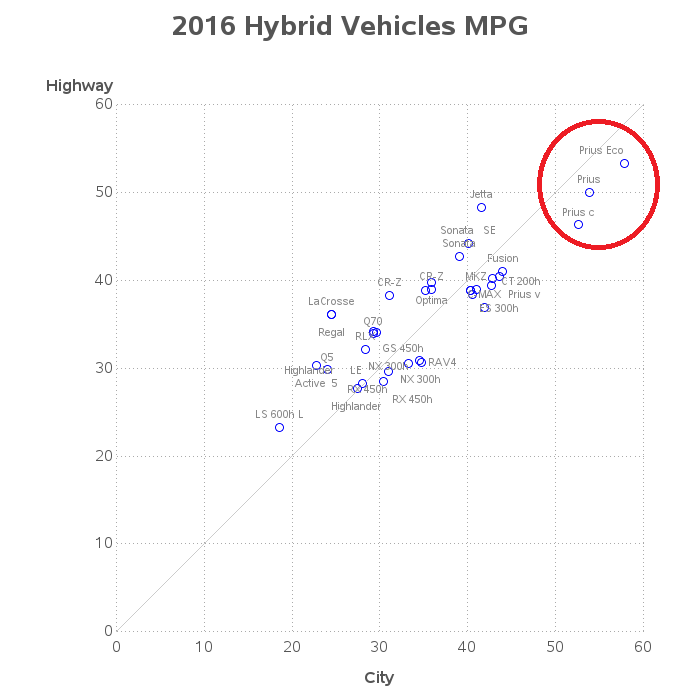 So, what's the best (and/or worst) mpg you've ever gotten, in your daily driver vehicle?